The 20-table poker room going up at the MGM Springfield in Massachusetts is two months away from unveiling, and area poker players are undoubtedly itching to stack chips on the felt. But first, gaming executives have some problem solving to do. 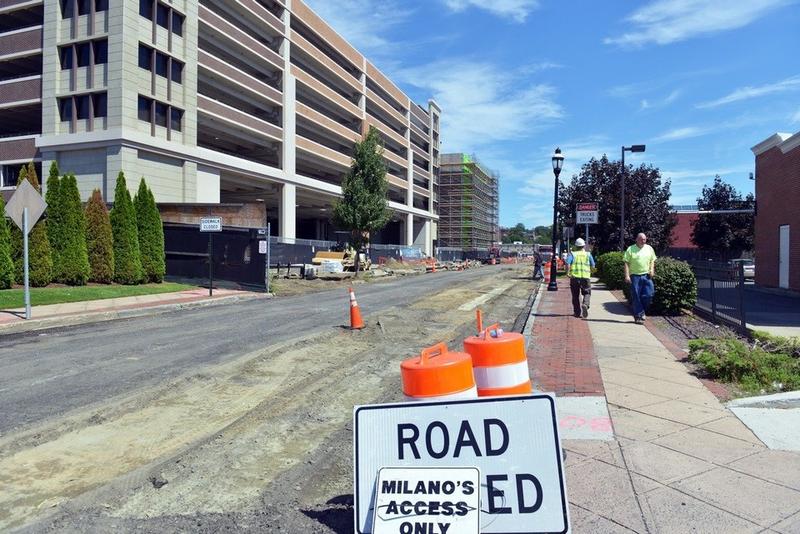 MGM Springfield executives in Massachusetts are discovering that if you build it, they will come, but only if traffic (and several other) issues are ironed out first. (Image: Don Treeger / The Republican)

That because rival properties and access problems could put New England’s newest legal poker room at a disadvantage from the start.

As per the plans, the $960 million casino and resort will boast a number of gaming provisions, including an ” … expansive 125,000-square-foot gaming floor … 2,550 slot machines, 120 gaming tables, a poker room, and high-limit VIP gaming area … ” reads a May MGM Resorts press release.

Not Looking for an Encore

But the new MGM poker room may not be the top option in town once Wynn Resort’s Encore Boston Harbor finishes its $2.5 billion project outside the state’s capital (and most population-dense) city.

After rejecting rumored buyout bids from rival MGM and Caesars Entertainment, Wynn Resorts remains on track and on schedule for its Boston Harbor casino complex, which promises ” … private areas with … poker [for] … high-limit gaming.”

“Boston’s not up for sale. What Boston represents for us is a good growth opportunity,” new Wynn Resorts CEO Matt Maddox told CNBC on April 25.

With Encore Boston planning a much larger 90-table poker room, MGM Springfield will have to capitalize on being the first out of the gate if it wants to build a loyal following. That, however, has its own challenges, as recent reports suggest visitors might face serious traffic on approach to the venue.

Vaping in Public: Yay or Nay?

City health officials also have their hands full ahead of the grand opening. On the same day traffic congestion was discussed at City Hall, Health and Human Services Commissioner Helen R. Caulton-Harris said she would raise the issue of vape pens in casinos.

Smoking in public spaces is already prohibited under both local and state laws, but Caulton-Harris will discuss introducing the same policy for e-cigarettes and vape pens.

In light of the news, a press release from MGM Springfield said that the company has no immediate plans to ban vaping inside the casino. This could change, however, if local authorities agree to implement a policy change.

The subject of vaping is one that’s become a topic of conversation for poker players over the last few years. In 2017, the WSOP clarified via Twitter that vaping wasn’t allowed at the table, but this rule isn’t universal.

This report is not accurate. There are poker rooms in four other casinos in New England – Hollywood Bangor in Maine, Twin River Casino in Rhode Island, and the two large poker rooms in CT’s tribal casinos at Foxwoods and Mohegan Sun

This is a trash article that looks like someone cut and pasted random pieces of other articles together and then added grammar mistakes.

What are the roadblocks faced by poker players mentioned in the headline but not the article? What point or information is the writer even trying to convey? I don’t get it, lousy ‘journalism’.