After a dismal turnout for the first two days of qualifying in its recent $250K guaranteed event, the Hustler Casino made the controversial decision to cancel the remainder of the tournament. On Thursday, poker room management apologized for the move, and offered some make-good alternatives in hopes of appeasing angry players. 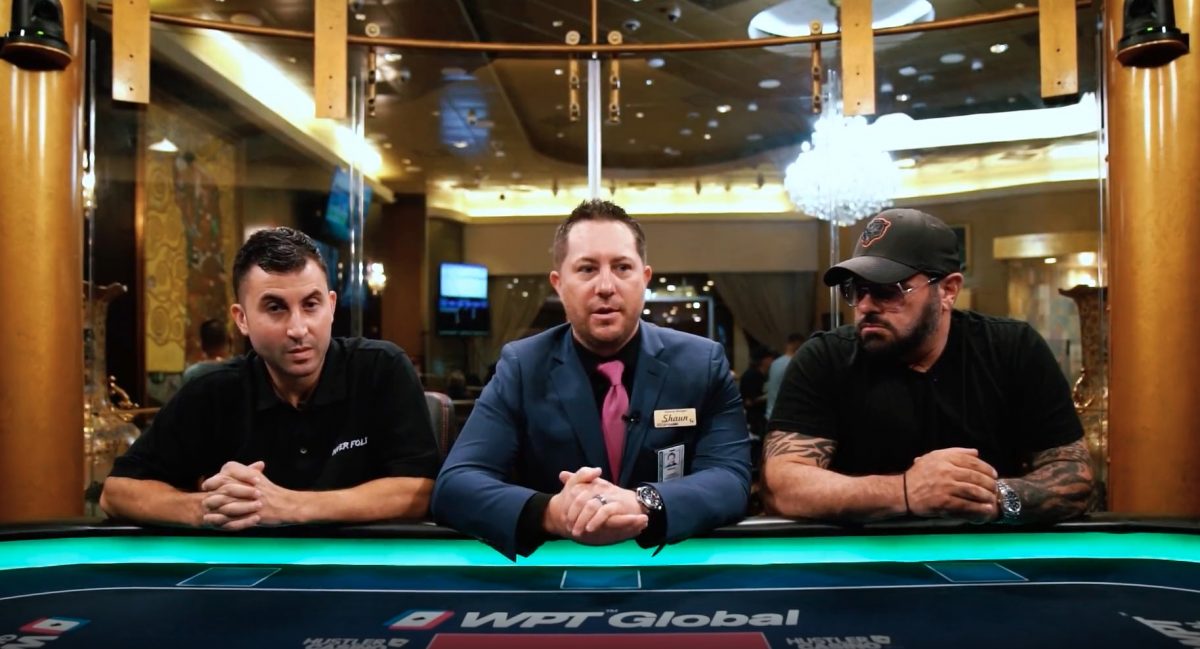 In a video posted to Twitter, Shaun Yaple acknowledged it was a mistake to cancel the event, after consulting with Hustler Casino Live co-owners Ryan Feldman (left), and Nick Vertucci (right). They have decided to refund all players who played in each of the Day 1’s in the event. They will also add $50,000 to a future tournament prize pool, and for the final nine who qualified already, they will play it out on Monday, Aug. 8 for the remainder of the $27,000 prize pool.

The $350 Main Event of Larry Flynt’s Grand Slam of Poker Memorial Tournament series was supposed to include 12 starting flights over seven days. But after the first four, held Sunday and Monday, brought in only 123 players, poker room management made the decision to cancel the remaining Day 1 flights.

A guarantee too good to be true

The Hustler series advertised more than $400K in guarantees between July 17 and Aug. 7, with the $250K guarantee serving as the centerpiece event. The tournament also promised at least $50K up top for the winner, but that still wasn’t enough to generate a suitable field size before casino officials pulled the plug.

Backlash is fast and furious

Hustler’s unusual decision, and its vague explanation of “unexpected circumstances” causing the cancellation didn’t sit well with poker players who, as usual, took to Twitter to express their dismay.

What’s the point of a guarantee if you don’t guarantee it? If you entice people to play by promising a prize pool you have a responsibility to honor that promise.

What? You moved day 2 to a day where most work after having initial flights already play. You call this a regroup? Many won't be able to play day 2. Then slash the guarantee
You are scum and it's sick the @CALGamblingComm will never fine you

The often outspoken Doug Polk, a part owner of the Lodge Poker Club in Austin, Texas, pointed out that his room ran a massive series over the summer that resulted in $625K in overlays, which they paid.

Hanging poker players out to dry like this is unacceptable. https://t.co/KfxOh68cGf

This getting too common. Way too long places offering "guarantees" which aren't nowadays. Really needs to stop.

In a desperate attempt to lessen the furor, Hustler officials quickly looked to find a suitable explanation for their decision. Their solution? Blame the competition.

Hustler Casino general manager Shaun Yaple said the room announced its tournament schedule in late June, with the $250K guarantee event scheduled for the first week of August, which is when the nearby Bicycle Casino traditionally runs its signature Legends of Poker series.

“We knew they were releasing the Legends of Poker Tournament, but their TD stated that he specifically targeted our $50K and $250K tournaments, and it worked,” Yaple said. “We were 27% short on the $50k. The first flights were for the main event were not well attended, and the Monday sessions made it clear we heading off a cliff.”

Fathipour, on the other hand, says he tried to warn the Hustler that scheduling this tournament would be a bad idea when everyone knew that huge events were going to be played at the Bike at that time.

“I warned them before the Legends schedule was released. I called them and have the texts and said these are key dates for Legends so don’t do this. They told me it was upper management’s decision, not theirs,” said Fathipour. “They had plenty of other opportunities in advance to adjust. It was their decision to not change anything in advance. When we made adjustments, we advertised well in advance to be as player-friendly as possible. No one wants to make unexpected changes, but there are better ways to go about it.”

Faithipour and the Bike know plenty about making adjustments on the fly, which they did when they had to make some changes to their 2022 Summer Series Schedule. After losing over $15K in overlays in the first week, they lowered some numbers, changing a $200K guarantee to $150K and a $400K to $300K. Fathipour says Hustler could have learned from them and pivoted when their $50K guarantee event fell short last week.

“We knew it would be heavily scrutinized,” Yaple said of the event’s cancellation, adding that the room’s small size (12 tables maximum) was a significant factor in making the decision. “I met with all of our casino management, Tournament Director, and consulted with ownership. We explored alternate plans (extra flights/days/etc). We cannot support a large volume of players if we heavily advertised an overlay for the last couple of days. We decided it was best to cancel while the tournament was at the beginning stages and impact the least amount of players possible.”

Notably, that series was held right between the Bike’s WSOP-C Series in March and the Cal State Poker Championship at the Commerce in May.

For now, Hustler has a lot of work to do to get the players back in their good graces. When asked how they plan to do that, Yaple said it’s a problem their still trying to find a solution for.

“It’s hard to answer as most would consider any words just lip service. We will be very specific on verbiage and what tournaments are offered. We are trying to figure some solutions to make it right in the poker community.”