Maria Ho, one of the top female poker players in the world, is among the chip leaders heading into Day 4 of the Wynn Millions $10 million guaranteed event in Las Vegas. But she, and the other 59 remaining players, trail Anthony Marquez, who finished Wednesday’s Day 3 session with the biggest stack. 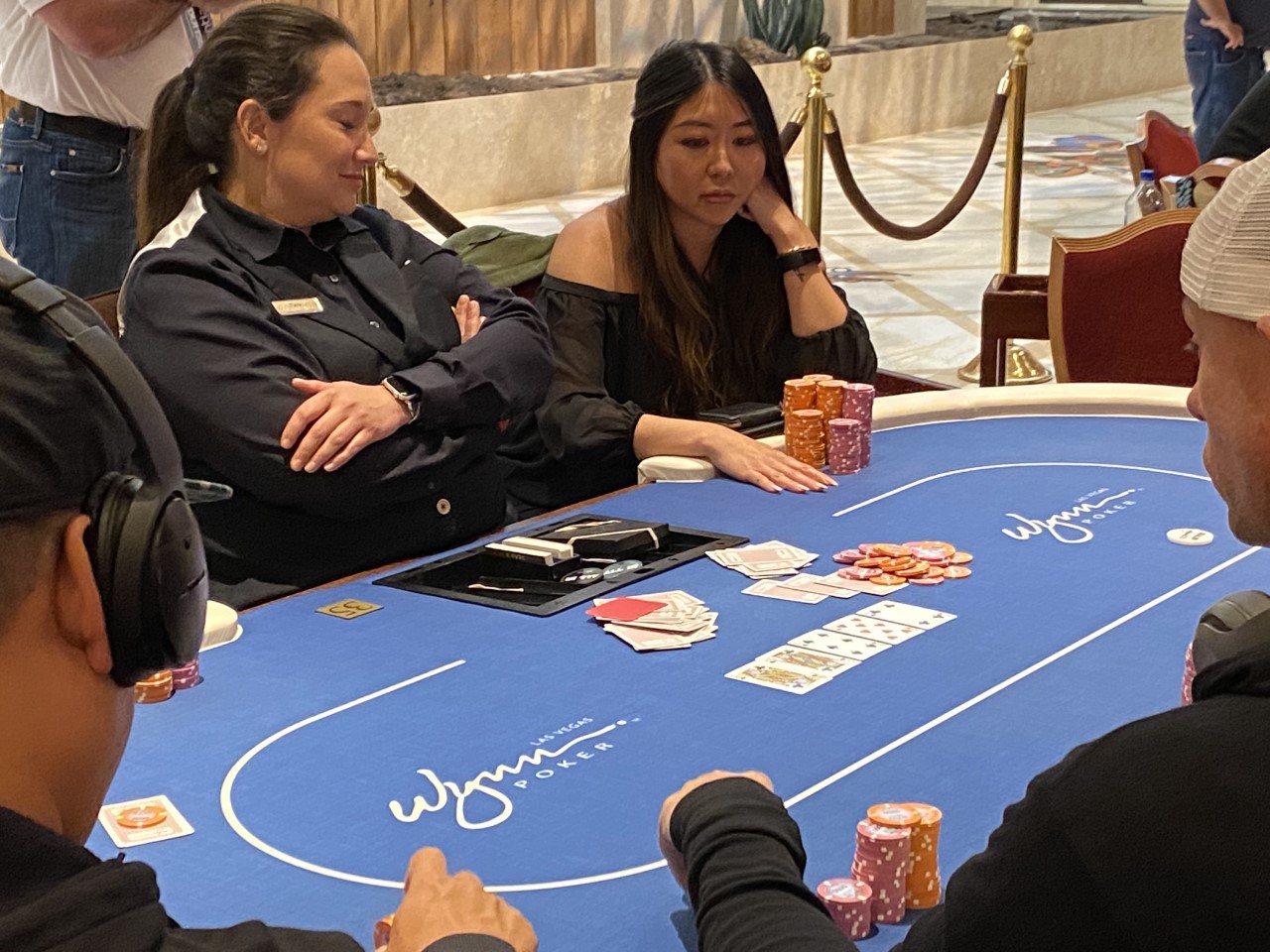 After Wednesday’s grueling 10-hour session, the field dropped from 172 to 61 players, and now the pay jumps are starting to get serious. When play resumes at noon PT on Thursday, each of the remaining players will have a guaranteed $46,406 minimum payday. By the time the session concludes, the final nine will be guaranteed at least $202,765.

Daniel Negreanu was among the big stacks heading into Day 3. On his fourth bullet, he was in search of a deep run. But the GGPoker ambassador’s struggles at the poker table continued with another run of bad luck.

Had heaps in Wynn Millions and min cashed.

JJ lose 79dd all in preflop

AKss lose to AQ when Q hit river for big one.

Then lose AQcc to 99 flip so instead of chiplead, it’s on to the next one. https://t.co/tOa6L4yo0q events tomorrow

Negreanu eventually lost a flip to bust in 114th place. Although he made it into the money, he still lost money in the tournament as his $27,099 payout was $12,901 short of the $40,000 he paid to enter. Negreanu will have another opportunity to score a big win next week at the PokerGO Cup.

Win one for the ladies

Anyone who thinks women can’t compete at the highest level in poker haven’t been paying attention to talented players such as Kristen Bicknell, Maria Ho, and Kathy Liebert — three of the best poker players in the world. At the Wynn Millions, all three pros have been quite impressive.

Liebert busted in 116th place on Wednesday, good for $27,099. Bicknell, Ho, and Nadya Magnus are among the 61 players who advanced to Day 4. Bicknell, whose boyfriend Alex Foxen also bagged chips (440,000), was down to crumbs at one point on Day 3. She would finish the day with 745,000 chips, just a tad below the average stack.

If Ho wins the Wynn Millions, she’d pick up the biggest score of her career. At present, her largest cash was for $540,000 for a runner-up finish in a 2011 WSOP bracelet event ($5,000 No-Limit Hold’em). She has $4.1 million in live tournament cashes, a figure that will rise following her final hand played at the Wynn Millions. Will that hand also be the final hand played in the entire tournament? We’ll find out in the coming days.

If Ho, Bicknell, or Magnus ships the Wynn Millions, that individual will earn the largest live tournament score ever for a woman by approximately $5,000. Annette Obrestad currently holds the record — $2,013,733 — for winning the 2007 WSOP Europe Main Event. She was just 18 years old at the time and is still the youngest bracelet winner ever.