The Main Event of the World Series of Poker is officially underway, though it has not yet turned into the gigantic festival that most people associate with the signature poker event of the summer. Instead, the first day of play saw a rather modest field turn out, while just as much attention was given to the remaining preliminary events that were wrapping up at the same time.

Day 1A of the WSOP’s Main Event is always the smallest of the starting flights, so it is difficult to use it to make any guesses about the overall ultimate size of the tournament. But if you want to use it as a guide, the early indication would be what many people have been predicting for some time now: close to even with 2014, but perhaps slightly down in entries. 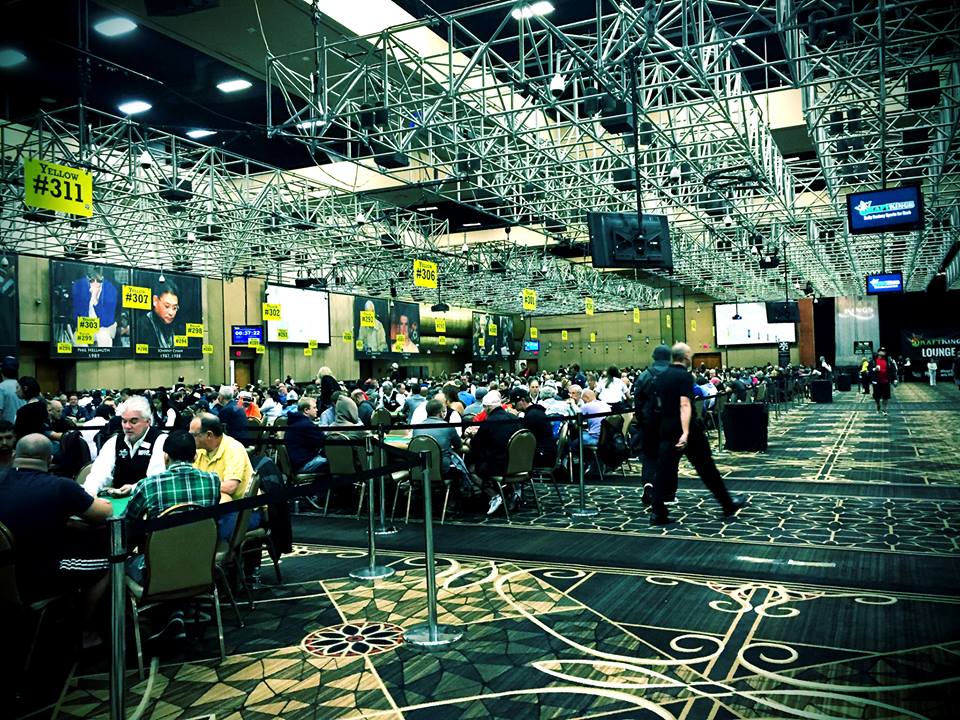 Day 1B of the Main Event expects to have about 3 x as many players as Day 1A. (Image: CardsChat.com)

Thus 741 players began their Main Event journeys on Sunday, the first of three starting dates for the tournament. That’s down very slightly from the 771 who turned out last year, marking about a four percent drop. If that trend held up through all three starting flights, the field would be over 6,400 strong.

Throughout the course of the day, over 250 players were eliminated, leaving only 480 to continue on to Day 2A. The chip lead for the flight belongs to bracelet winner William Kakon, who bagged over 150,000 chips. Kakon already has four cashes in this year’s World Series, and won the $1,500 Limit Hold’em Event in early June.

Quinn Do used his comfort with a variety of poker formats and a big stack in the late stages to win the very first $10,000 Dealers Choice Championship at the WSOP. It was Do’s second career bracelet, coming ten years after he won a Limit Hold’em event in 2005, and this one earned him a prize of $319,792. 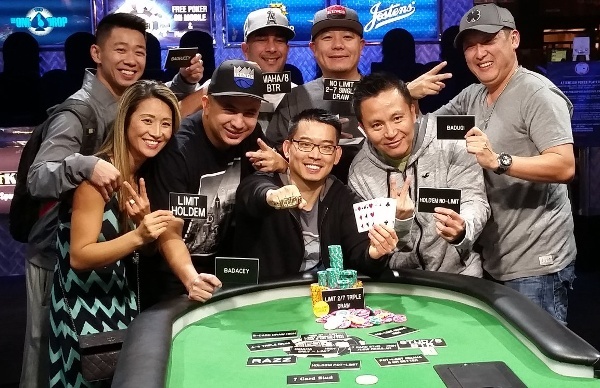 With 18 games to choose from each time a player had the option of picking the game for the next round, many likely stuck by old favorites when it was their turn to choose. Do, however, chose an alternative strategy, attempting to target his opponents’ weaknesses.

“I’m familiar with all of the games,” Do told reporters after the tournament. “I picked the games that my opponents struggled with. It seemed to work very well: I could see my opponents getting frustrated.”

“That’s the great thing about Dealers Choice,” he said. “The games that I picked weren’t my favorite games, they were just the worst games for my opponents.”

The final table featured a number of notables, including Paul Volpe, David Benymine, and Jeff Madsen. In heads-up play, Do quickly dispatched with a short-stacked Rep Porter, ending the tournament in a hand of Deuce-to-Seven Triple Draw when his eight-low was enough to beat Porter’s nine-low.

777 Winner Still to be Determined

The $777 Lucky Sevens No Limit Hold’em event is still waiting to determine a winner, as the final ten players opted to finish a bit early on Sunday night and come back at noon on Monday to play down to a champion. David Yu holds a narrow chip lead over both Jeffrey Dorbin and Connor Berowitz heading into the final day of play in the last preliminary event to wrap up at this year’s WSOP.

Another very notable player is sitting just behind the group of leaders. Three-time bracelet winner Matt Matros is sitting in fourth place, and is looking to capture his first bracelet since 2012, when he won a Six-Handed No Limit Hold’em event.

As a side note, our own Jackie Burkhalt of Team CardsChat made it to Day Three and finished 48th in this event, taking home a very respectable $8048 for her triumph. Congratulations, Jackie!

The Lucky Sevens will award a bracelet today, officially bringing the preliminary events of the 2015 WSOP to a close. For those keeping track, there were 67 bracelets awarded this summer, and two repeat winners: Brian Hastings and Max Pescatori, each of whom won two tournaments.

Monday will also mark the second starting flight for the Main Event. This will be a much larger starting day than Sunday, probably drawing nearly three times as many players. Last year’s Day 1B saw 2,144 come out to try their luck before a record-breaking flood of runners packed the halls at the Rio for Day 1C.