There are currently four Las Vegas poker rooms in operation — Orleans, South Point, Venetian, and Golden Nugget. Three more will join the party on Thursday, including one of the most popular card rooms in the world. 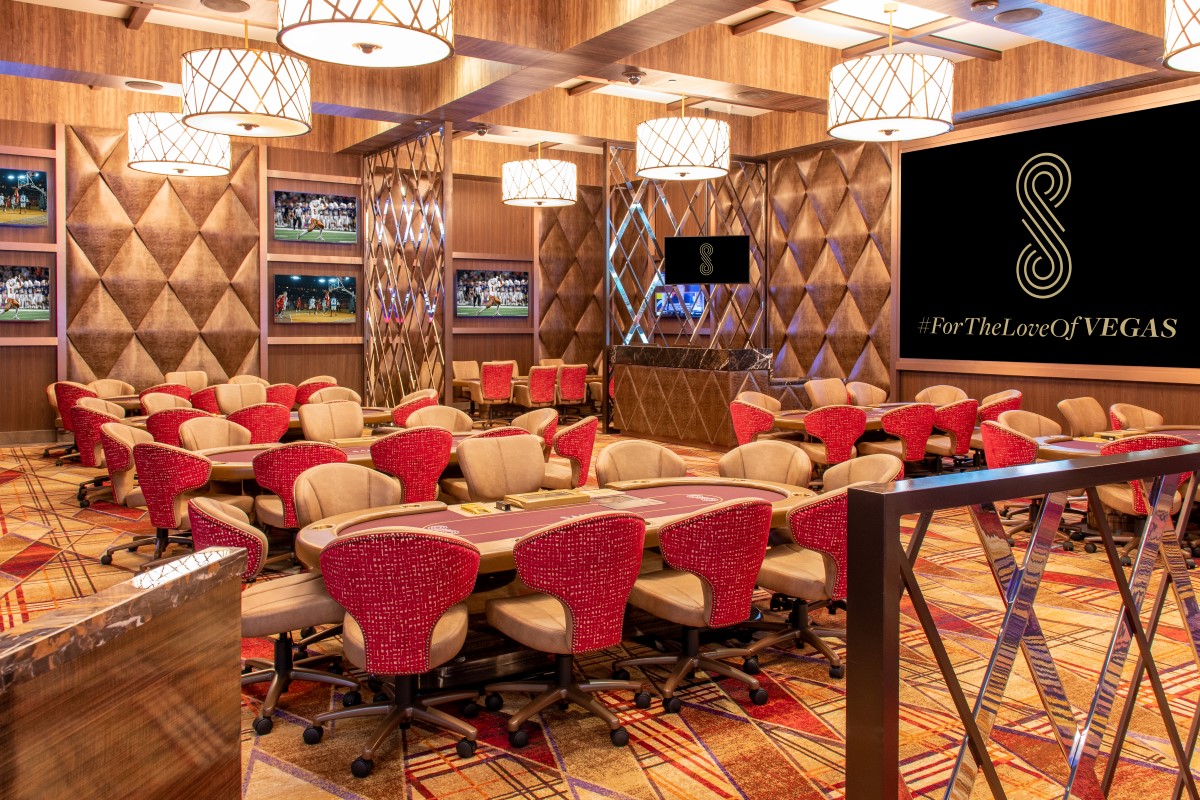 Sahara, the newest of the 31 Las Vegas poker rooms, will reopen its room on Thursday. (Image: saharalasvegas.com)

Bellagio and Sahara, both casinos on the Strip, announced on social media that they’ll be reopening their poker rooms on Thursday. Las Vegas insider Marc Meltzer then reported that Caesars Palace will also reopen its poker room on Thursday.

The live poker scene is off to a strong start following its return on June 4. Card rooms have seen larger-than-expected crowds, often having more than a dozen games running at a time. But most of the city’s 31 poker rooms still remain closed, and many have no plans to reopen anytime in the near future.

Aria, one of the most popular poker rooms in town, will return soon, poker room manager Sean McCormack confirmed to CardsChat News. But he isn’t ready to announce a firm date just yet.

“Bellagio is opening tomorrow, so I’ll have more answers soon,” he said.

McCormack returns to work on Monday, and the Las Vegas Strip casino he works for is set to reopen July 1.

“We are taking steps in hopes to open poker at the same time,” he continued. “Aria knows the value of poker to its patrons and we want to bring a fun and safe experience for our players and team members.”

The Sahara poker room had just reopened in February for the first time in nearly a decade. A month later, COVID-19 forced all casinos in Nevada to temporarily close. Sahara’s poker room will try a second reopening on Thursday.

Like the four Las Vegas card rooms that are already open, Sahara will be limited to five-handed tables. But poker room manager Steven Pique told CardsChat News he hopes that will soon change.

“If there are further safety measures I can take that will allow the (Nevada Gaming Control Board) to ease restrictions quicker, yes,” he said of his card room increasing the limit of players per table.

Bellagio, one of the top Las Vegas poker rooms and a world-renowned card room, installed plexiglass dividers to protect dealers and players in hopes of limiting the spread of COVID-19. The popular Las Vegas Strip poker room will be the first in town since the coronavirus shutdown to allow six-handed games.

According to Meltzer, Caesars Palace will play five-handed. The mega-resort will be the first to require that poker players wear protective face masks.