What pushed Stephen Paddock over the edge? That is the question authorities are trying to answer four days into an investigation that has turned up little evidence of a motive. One key area of investigator focus has been the shooter’s gambling habits. More specifically, video poker, his apparent game of choice. 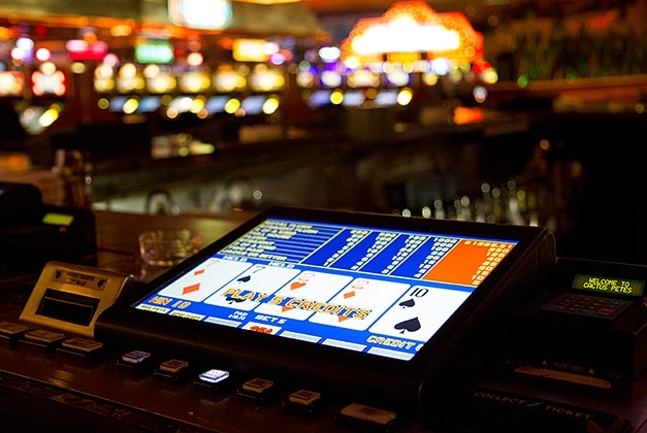 On Wednesday, Paddock’s girlfriend Marilou Danley returned to the United States from the Philippines, a destination the mass murderer reportedly sent her to just days before the shooting. She was initially a person of interest, and investigators hoped she could at least open the door for a possible motive. But after interviewing her, authorities remain baffled as to why the wealthy 64-year-old retiree would commit such a crime.

Paddock’s background thus far has revealed no indications of radicalized political or religious affiliations, and no mental illness diagnosis.

His brother, Eric, met with reporters outside his Orlando home on Wednesday. He said he was surprised his brother could commit this crime, and claims Stephen never displayed any signs of being so violent.

“He’s just a guy,” a distraught Eric Paddock said of his brother.

Money didn’t appear to be an issue for Paddock, who according to his brother lived on the low end of what makes for a casino high roller. Wiring $100,000 to his girlfriend in the Philippines, for example, wasn’t a big deal because he was so financially comfortable.

Eric said Stephen was responsible for his own early retirement, as well as ensuring their mother retired comfortably. But beyond that, Eric said his brother enjoyed living the high-stakes gambling lifestyle.

Investigators are digging into Paddock’s gambling transactions at casinos in Las Vegas. It has been reported by multiple media outlets that he would spend upwards of $40,000 a day on gambling, and that video poker was his game of choice.

Eric Paddock said his brother was skilled mathematically, so it makes sense he would play video poker, a slot machine game with a high payback rate when played correctly. Video poker is a mathematical game and top gamblers such as Paddock would know how to spot a machine that has a near 100 percent long-term payback rate.

Paddock’s entire gambling history in Las Vegas is currently under investigation. He used a player’s club card at multiple hotels to rack up comps when he gambled. Nevada gaming regulators are sifting through his casino transaction history in search of any irregularities or suspicious activity.

It’s unclear if gambling played any role in the devastation he wrought. Did he accrue a massive debt that drove him into depression and eventually over an edge? No one appears to know the answer to that question at this point.

Degenerate gamblers don’t have a history of committing mass shootings. But while it seems unlikely someone could commit such a violent act due to losses at the casino, investigators didn’t have much else to go on in the wake of this tragedy. But whatever authorities ultimately find, his gambling transaction history will serve as the starting point for understanding the making of a mass murderer.

#Paddock was Photographed at an Anti-Trump Protest in Reno in August 2017. #ISIS claimed responsibility and they know. #Antifa Literature was purportedly found in his Hotel Room. So, what’s the Motive? Pure Leftist Media-Driven Hate. Stay Hungry Folks – The Truth is Out There.

^^ For those of us in Las Vegas, and who know people who were there, we’ll do our best to let the cuckoos enjoy their free speech while not being offended by the crazy conspiracy theories they put out there that relies on creating a mix of non-facts with facts in an effort to sow confusion.

The truth is out there, yet some people refuse to accept when good people in law enforcement AND media are working hard to find it. Much easier to just make stuff up and scream “Fake News!” while not caring about the people they hurt that way.

The “truth” is that no matter what the reason, he couldn’t have done anywhere near the damage that he did without free access to 40+ guns, thousands and thousands of rounds of ammo, countless mags, and the technology to turn semi-automatic weapons into weapons of mass destruction.