Landon Tice came to play on Day 3 of his heads-up poker challenge against Bill Perkins, and booked a huge win of nearly $160,000. 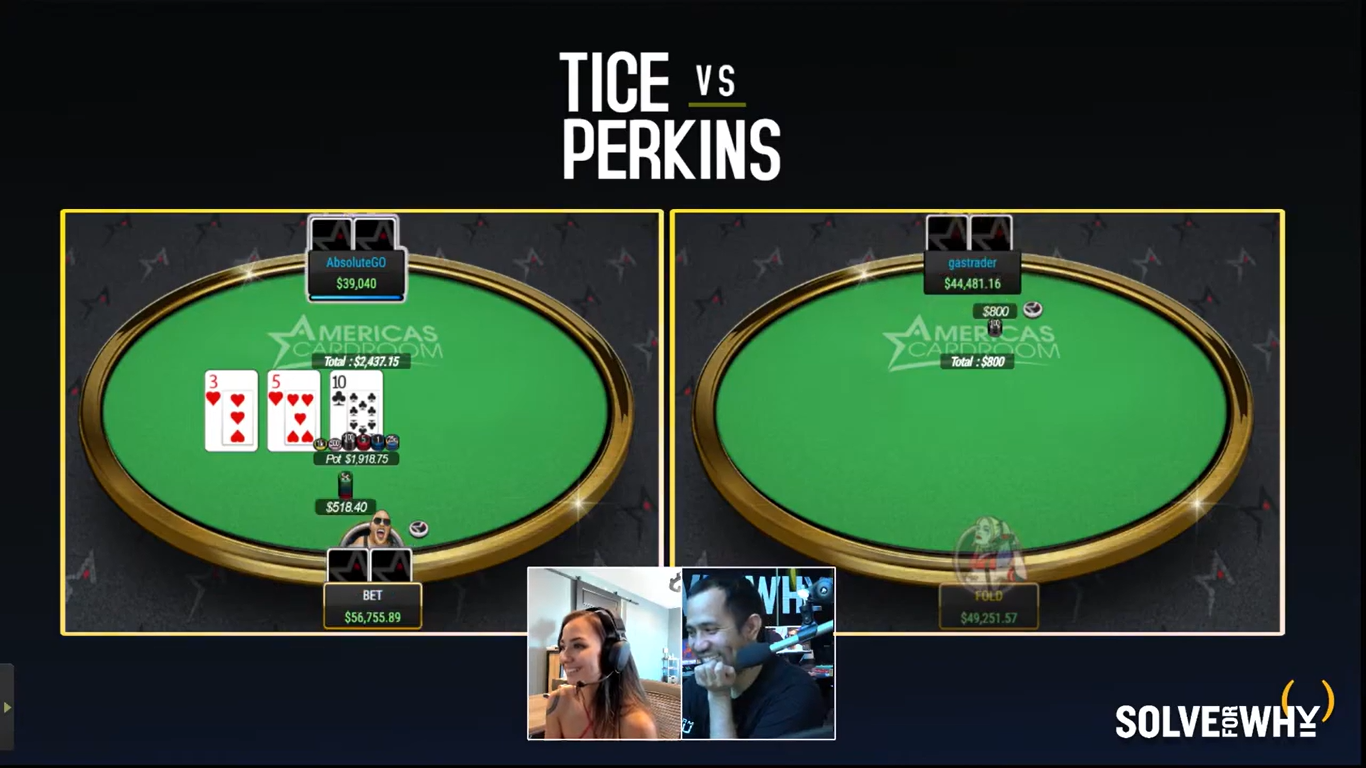 The 21-year-old poker pro, considered by many one of the bright young stars in the game, needed to turn the tide following a rough Day 2 session. In that two-hour match, the barely old enough to drink poker player lost just a shade under $80,000.

With that two buy-in defeat, he fell behind by $61,000 overall (he won the first match by $18,000). But, technically, he entered Day 3 trailing by about $780,000 if we’re factoring in the handicap in play. Prior to the start of the 20,000-hand heads-up duel, Tice agreed to pay back his opponent nine big blinds per 100 hands played, which comes out to $720,000 if they finish the match. Thus, the reason it’s important for Tice to avoid falling too far behind even early on in the competition.

Through three sessions and about six hours of play, the competitors have completed around 1,200 hands, or about 6-percent of the challenge. That is, of course, assuming Perkins, an amateur player who even admitted following Day 2 that he was getting bored, actually goes through with playing the full 20,000 hands.

Tice and Perkins are competing at $200/$400 stakes, the same stakes played in the Doug Polk vs. Daniel Negreanu challenge. The American poker players are using the Americas Cardroom poker site for the heads-up battle. Those who are interested in watching the contest live can do so via the Solve for Why YouTube channel or ACR’s Twitch channel.

Following the rough Day 2 session, Tice let it be known on Twitter that he’s going to step away from social media to focus solely on his match against Perkins. One sessions later and his decision to avoid social media seems to have paid off.

Tice dominated the bulk of the two-hour session, and finished the day with a resounding $159,751 victory over the hedge fund manager. The young poker pro is a heavy favorite to win the challenge, and he was able to get back on track during Day 3. He is now back in the overall lead by just under $100,000, and has about $625,000 left to profit before beating the handicap.