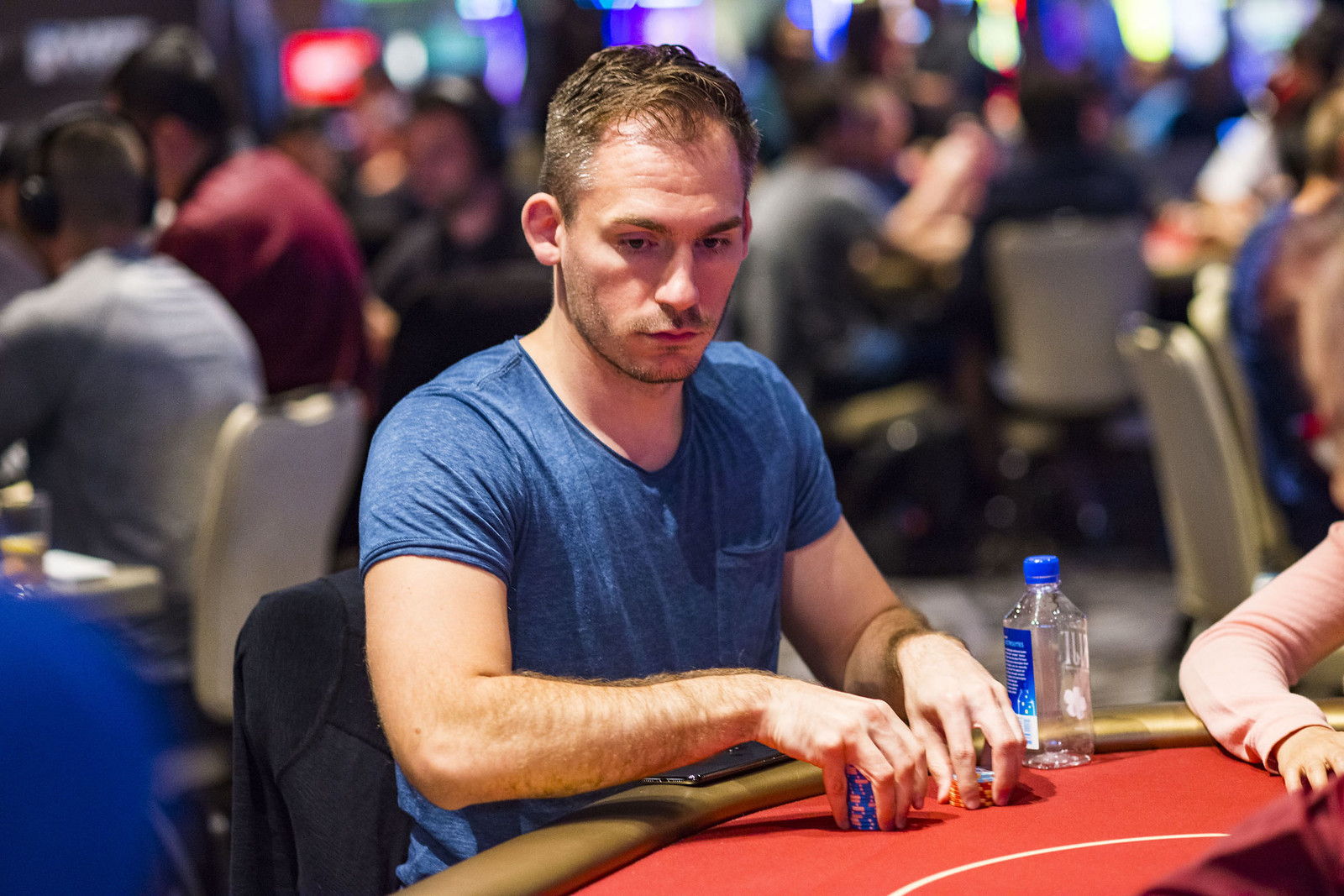 Justin Bonomo has picked up his third Super High Roller Bowl title after topping a field of 50 entrants on Partypoker. (Image: WPT)

From an initial field of 50, 13 players started Day 2 on Tuesday. Ali Imsirovic was the man to beat at the start of the day after bagging 2.2 million chips at the end of Day 1.

That stack put him ahead of David Peters (2.1 million) and Jon Van Fleet (1.6 million). Ultimately, however, it wasn’t enough to see him through the final session. With nine left and seven getting paid, Imsirovic made his final stand.

With less than 10 big blinds, Imsirovic moved all-in over the top of a raise from Pauli Ayras. The action folded back to the original raiser who called with K♠ T♣. At this point, Imsirovic was ahead with A♣ 5♣. However, after the board ran out 8♣ K♣ Q♥ T♥ K♥, the former chip leader was eliminated.

That hand signaled the start of the $102,000 MTT’s bubble phase. The tension was palpable for those watching on PokerGo as the final eight did their best to avoid going home empty-handed. Eventually, someone had to go and that someone was Orpen Kisacikoglu.

Ayras opened the action with a raise from under-the-gun with A♣ J♥. That gave Kisacikoglu the perfect opportunity to move all-in with A♦ K♥. What he didn’t account for, however, was Michael Addamo following suit with pocket kings.

Seeing the cascade of raises after him, Ayras decided it was time to fold. With that, Kisacikoglu was left needing a miracle. Unfortunately for him, help never arrived. The 2♥ 5♦ 2♦ 3♥ 2♣ board meant Addamo scooped the pot with a full house and, simultaneously, burst the bubble.

Down to seven, everyone was guaranteed at least $212,500. This fact opened things up, and eliminations started to flow. Sam Greenwood and Linus Loeliger were the first two to go before Bonomo made his move.

Pocket 10s were enough to send Dan Shak and his Ad Kc to the rail in fifth. From there, Bonomo and Addamo took control. Ayras and David Peters fell in fourth and third, respectively, setting up an intriguing heads-up battle.

A 3♣ A♠ T♦ Q♥ board was enough to prompt an all-in from Bonomo. Addamo called with A♥ T♠, but that wasn’t enough to beat Bonomo’s set of threes. The K♣ completed the board and swung the match.

It wasn’t all one-way traffic at this point, but Bonomo managed to stay on the right side of the divide. In the end, a dose of luck got it done. Addamo limped on the button with pocket queens, prompting an all-in from Bonomo with K♥ 5♦.

Addamo called, but couldn’t stay in front as the flop ran out K♦ T♥ 3♥. The K♣ on the turn all but sealed the deal for Bonomo, before the 3♦ brought the Super High Roller Bowl Online to an end.

Justin Bonomo’s efforts not only earned him a third High Roller Bowl title, but a place in history. With the high-stakes MTT taking place online for the first time, the American added another accolade to his burgeoning collection.