Maryland poker player Joseph Stiers has reached a settlement with Caesars Entertainment over a case that involved his disqualification from the 2017 World Series of Poker Main Event. 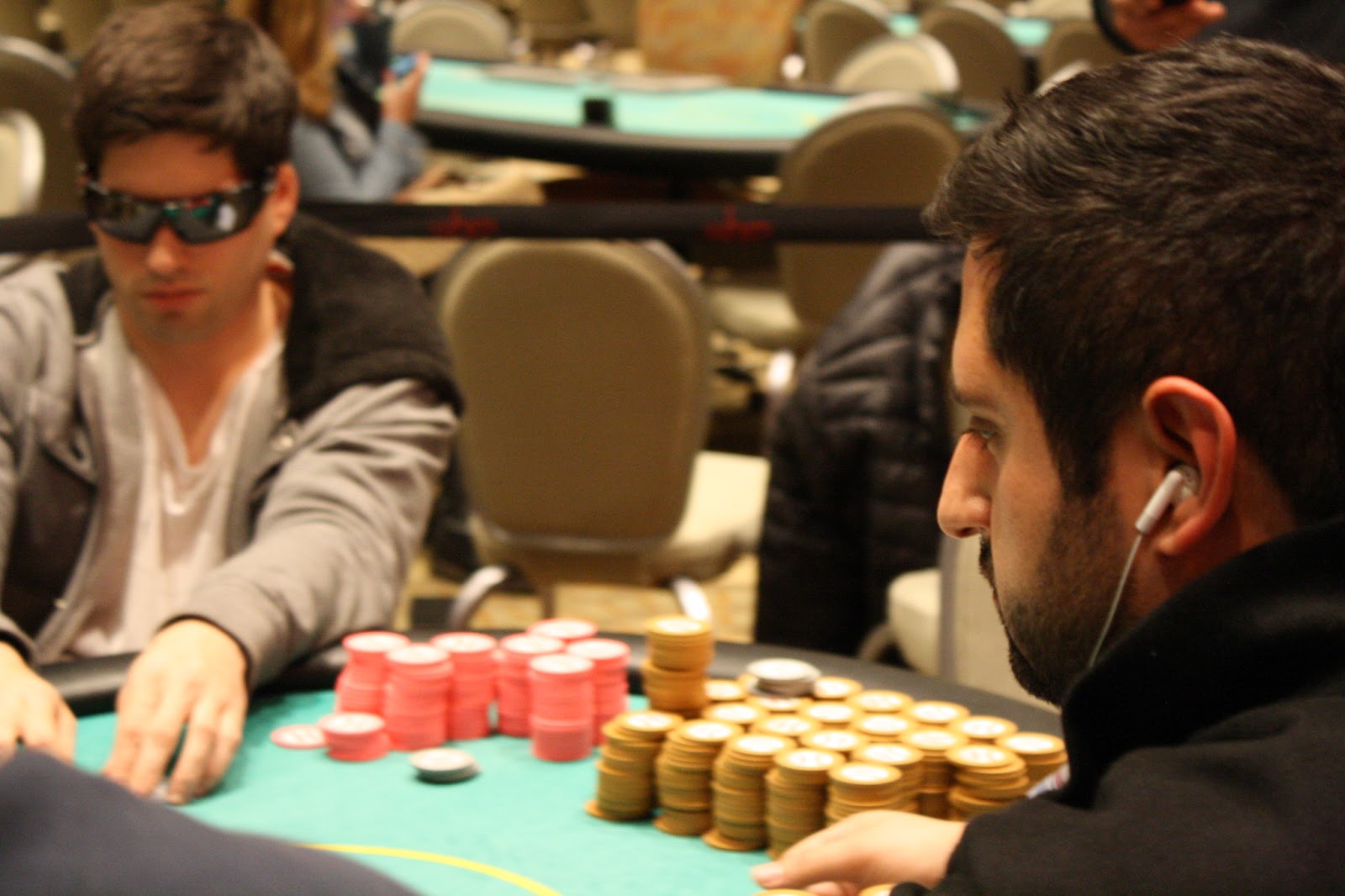 Joseph Stiers (left) reached a settlement with Caesars Entertainment over his disqualification from the 2017 World Series of Poker Main Event. (Image: Borgata)

Stiers was sitting on a large chip stack during the dinner break of Day 3 of the $10,000 buy-in Main Event, and looked to be a lock to make the money while having plenty of potential to make a deep run.

That’s when security at the Rio handcuffed him and threatened to charge him with trespassing if he didn’t leave immediately.

It turned out that Stiers had previously been banned for life from all Caesars properties in 2015 after he had counted cards while playing blackjack at the Horseshoe Casino Baltimore. As a result, he was disqualified from the tournament without a refund, forfeiting his chips with no prize money.

Stiers tried to continue playing in poker tournaments in 2015, but was kicked out of a WSOP Circuit event in Baltimore. He then started skirting the rules by entering tournaments under the pseudonym of Joseph Conorstiers. He actually managed to cash twice in the 2016 WSOP under that name before trying the trick again in 2017, when he entered under the alias of Joseph Conor.

Stiers, now a third-year law student at the University of Maryland, fought back by filing a lawsuit in June 2018. The player not only sought to reclaim his entry, but also the equity of his chip stack, which he estimated at about $150,000.

His lawsuit also noted that he would have at least won about $20,000 had his stack simply been blinded off from the time of his ejection, and accused Caesars of ruining his career as a professional poker player.

At the time, lawyers representing Caesars asked for the case to be dismissed with prejudice, and with Stiers representing himself, there was little reason to suspect he might win against the gaming giant.

Apparently, he had enough of a case to at least get the company to agree to some sort of settlement. According to a Feb. 1 court filing reported on by US Bets, the two parties had reached a deal, and wanted to push back a coming deadline so that the terms could be finalized.

“I would have preferred to take this case until the end,” Stiers told US Bets. “But I’m working, in my final year of law school, and this case would have intersected with the timing of the Bar Exam, so I kind of just needed to put it to rest.”

According to the US Bets report, a WSOP spokesperson said that it couldn’t comment on the case, but that Stiers was still banned from Caesars venues. Meanwhile, Stiers told the site that he couldn’t speak to the terms of the settlement due to a confidentiality agreement.

WOW , he certainly has balls !
There is no way I would of gone back to play in their casinos if I been banned from them.
Being a law student , that gave him the knowledge to fight his case. The problem here is he kept winning.
Which would be a huge motivation to fight his case !!!