The World Series of Poker Main Event enters Day Five today, and it’s getting serious. And with WSOP 2015 quickly wrapping up at the Rio Convention Center, the Pavilion Room no longer has any poker in it, and the Poker Kitchen won’t be serving any more food this summer.

But the players still playing out the Main Event are hoping their WSOP journeys will last for at least a few more days as they get closer and closer to reaching the November Nine. 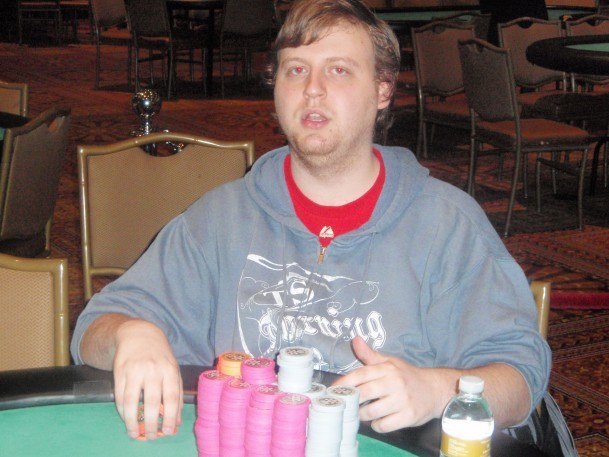 Joseph McKeehen is the chip leader heading into Day Five of the World Series of Poker Main Event. (Image: WSOP.com)

Joseph McKeehen has been around the chip lead for a while, finishing Day 3 in second place, behind Amar Anand. But going into Day 5, he’ll be the man to catch, as he leads the last 237 players with over 3.1 million in chips.

McKeehen has only a narrow lead over Upeshka De Silva, who also finished the day above the 3 million chip mark. De Silva already has one bracelet this year, as he won a $1,500 No Limit Hold’em event in mid-June.

After Erasmus Morfe in 3rd place, there’s another familiar name in fourth in Brian Hastings. With nearly 2.5 million in chips, Hastings doesn’t appear to be going away any time soon, as he has been right in the thick of the leaderboard for much of the tournament so far.

Many Famous Faces Still in Field

Looking further down the leaderboard, there are still more than a few top pros who are hanging around the Main Event even at this late stage.

Let’s talk about the biggest names first. Justin Bonomo and Daniel Negreanu have both bagged over 1.3 million chips, putting them above the chip average heading into Day 5, while Christian Harder (648,000) and Antonio Esfandiari (190,000) have some work to do, but are still alive at the moment.

One of the more intriguing figures remaining in the field is Jim Bechtel. The 1993 Main Event winner is the only former champion of this event still in the field, and his stack of more than 1.1 million will give him plenty of chips to play with at the start of Day 5.

We also have to single out the performance of Carl DiVeglia III, who currently sits in exactly 100th position with 791,000 chips. You might remember DiVeglia as a member of Team CardsChat from the Little One for One Drop, where he was the last surviving player on the team, winning the last longer competition. It certainly looks like he’s earned the same honor for the Main Event: best of luck on making a final table run, Carl! 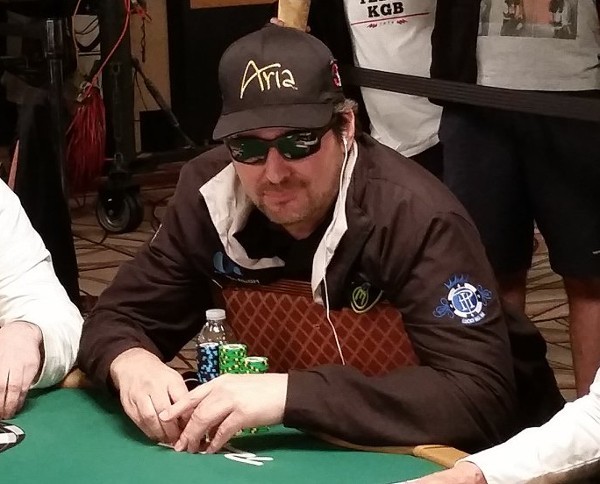 While perhaps not the most consequential hand of the day, the one that received the most attention occurred late in the afternoon between Negreanu and Phil Hellmuth, both of whom were seated at ESPN’s featured table.

It was a hand that played itself, as Negreanu’s AK went up against Hellmuth’s pocket queens. Negreanu flopped a king and his hand held up, sending Hellmuth to the rail in 417th place, earning him $21,786 and a round of applause from the players and fans throughout the Amazon Room.

Hellmuth was just one of a number of top players to see their WSOP summer come to an end on Saturday. Other notable eliminations included Phil Laak, George Danzer, JC Tran, David Sands, Joe Hachem, and Ryan Riess, as well as William Watcher, the 94-year-old World War II veteran who became the oldest player ever to cash in the Main Event.

The final 237 players will be back in action at noon in Sunday, with all remaining competitors heading to the Amazon Room to play another full day of poker, presuming the eliminations don’t come at an extremely quick pace. Chances are that they won’t, as the pace of place slowed down significantly over the course of Day 4, and it is likely that trend will continue on Day 5, with the average stack still fairly deep at just over 50 big blinds.

The goal is still to play down to just nine players by the end of the day on Tuesday. Come back tomorrow to find out who makes it one step closer to the November Nine, and to see how our own Carl DiVeglia is faring.