Jonathan Duhamel won the 2010 World Series of Poker Main Event for $8.94 million, and since that time, has had an impressive number of tournament and WSOP cashes. His win late last night in the $111,111 NLH High Roller for One Drop didn’t rake in that tidy a sum, but it was enough to keep the Canadian player in hockey pucks for quite a while nonetheless. 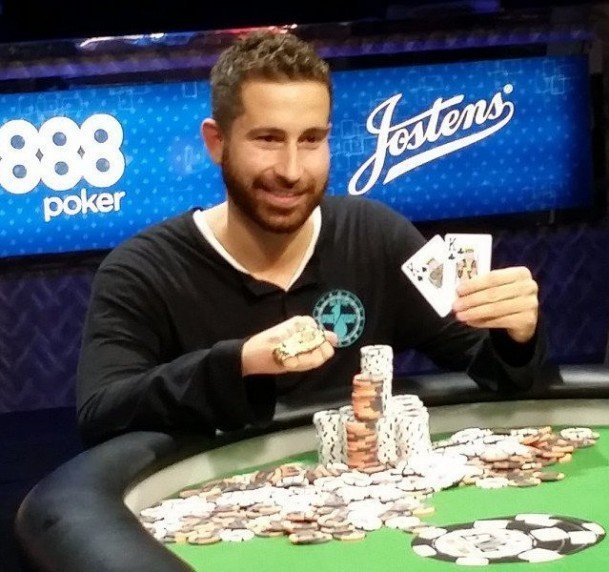 But Duhamel wasn’t the only focus of play last night, as not only other A-list pros, but a frightening medical episode from the rail, took center stage.

The $111,111 buy-in High Roller for One Drop set up a dream final table for viewers. Phil Hellmuth was in the mix to win his 15th bracelet, while Daniel Colman, Duhamel, and Anthony Zinno rounded out the dazzling contest.

Hellmuth looked like he could easily be the champion in the early going, and even had the chip lead for a while once the action got down to six-handed play. However, his stack quickly shortened after a few pots went against him, and the 14-time WSOP champion couldn’t find a second bracelet this year, going out in sixth place for a $696,821 cash.

In three-handed play, Colman, Duhamel, and retired businessman William Klein were at one point all very close in chips. It would eventually be Colman who became the short stack, and his tournament was put in danger when he moved all-in with K♠J♠, only to find Klein call him with pocket aces.

The flop came J♦5♣2♣, but that only held the attention of the players and those in attendance for a moment. Before another card could be dealt, a man watching the action in the seating around the main stage collapsed suddenly, suffering an apparent heart attack.

Play immediately halted, creating a terrifying and surreal atmosphere as medical personnel arrived on scene to perform emergency services. Paramedics took the man to the hospital; at the time of this writing, his condition is as yet unknown.

After about a half-hour, the players and floor staff finished up the all-in situation. Colman couldn’t catch up and was eliminated in third place, and after a short break, Duhamel and Klein proceeded to play their heads-up session.

The rest of the tournament played out with very little reaction from the audience, as the mood had grown somber given the earlier medical events. However, that ended when Duhamel’s pocket kings held up against Klein’s KJ on the final hand, as the rail burst into celebration along with Duhamel.

The win earned the 2010 WSOP Main Event champion a $3,989,985 prize. But for the Canuck, the win was about more than money or bracelets, as the One Drop charity means a lot to the Montreal-based poker pro.

“It means everything,” Duhamel said when asked what it meant to him to win a tournament devoted to One Drop. “I’ve been one of the many spokespersons for One Drop for a couple years now. I know Guy [Laliberte] personally: he’s such a great guy, he really believes in his charity, and they really help out a lot of people. It’s one thing to win a poker tournament, but knowing that it is going to help so many lives is even better. It’s like a double win tonight; it’s kind of like I won two bracelets.”

Duhamel also reflected on the distressing incident that played out around him and the other remaining players earlier during the night.

“It’s just a poker tournament: when you put things in perspective, it was not that important in the end compared to what happened.”

The One Drop charity received $5,555 of each entry in this tournament, meaning nearly $750,000 was raised from those donations alone. That doesn’t include the amount donated by players out of their winnings, including the $2,465,522 won by runner-up William Klein, who chose to donate his entire prize to One Drop.

While it was overshadowed by the One Drop High Roller, there was another final table playing out at nearly the same time on the secondary feature table. That was the $1,500 DraftKings 50/50 No Limit Hold’em event, which was ultimately won by professional gambler Brandon Wittmeyer.

For Wittmeyer, it was his second final table in as many attempts, as he had just finished in third place in the $2,500 No Limit Hold’em Event less than a week earlier. This time around he finished the job, winning $200,618 in the event with the perfect sponsor for a man who makes his living betting on sports.

“I didn’t even think about that connection,” Wittmeyer said of the DraftKings connection. “I just decided to play this one because it was next on the list.”

Wittmeyer said that the unique format also attracted him to the event.

“I thought it was pretty neat that half the field was going to cash, so I wanted to be a part of that,” he said. “Nobody knows they’re going to make it this far, and then when you do, it feels pretty good.”

The $25,000 High Roller Pot Limit Omaha tournament began on Monday, drawing 166 players for one of the highest buy-in events of the WSOP season. At the end of Day One, just 70 players remained in contention, led by James Park, who wrapped up the day with more than 465,000 chips.

Stephen Graner will lead the final 26 players coming into what should be the last day of the $1,000 No Limit Hold’em event. Graner has nearly double the chips of Paul Vas Nunes, who sits in second place.

2,155 players turned out for the No Limit Hold’em event that began on Monday. At the end of the first day of play, Kevin Killeen holds the chip lead among the 309 remaining competitors.

This field has plenty of notables coming back for Day 2. Just a few of the bigger names are Andy Frankenberger, Jamie Gold, Gavin Griffin and Melanie Weisner.

One of the most exciting events of the 2015 WSOP schedule begins on Tuesday, as the Little One for One Drop will allow thousands of players who don’t have a spare $111,111 laying around to do their part to help the water access charity. Players will start with 5,000 in chips for their $1,000 buy-in, but can also buy an additional 5,000 for just a $111 donation, all of which goes to One Drop. 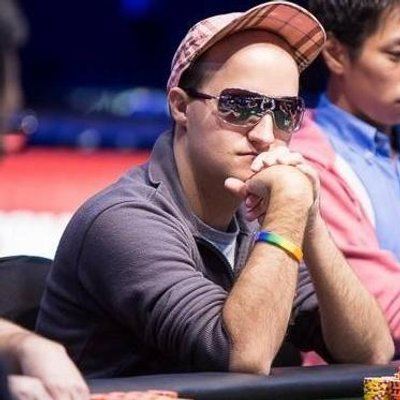 Ryan Laplante will be among a very solid cadre of players on Team CardsChat in the LOFOD that includes 2015 $10K Limit Holdem winner Ben Yu. (Image: Twitter)

Nineteen players will be representing Team CardsChat in the Little One for One Drop, spread out across today’s two starting flights. Players participating on the team include Ben Yu, who won the $10,000 Limit Hold’em Championship last week, and Ryan Laplante, who made a deep run in the Colossus earlier this summer.

If you are at the Rio and want to see how our CardsChat team members are performing, you’ll be able to spot them by their stylish CardsChat hoodies. If you can’t make it to Las Vegas for this incredible event, we’ll have full coverage of how our team performs in tomorrow’s WSOP Wrap Up.

There should also be one bracelet awarded on Tuesday. The $1,000 No Limit Hold’em tournament will likely play down to a winner, though with 26 players remaining, it could be a long night before a champion is crowned.

Any news about the guy who went to the hospital?