Jason Mercier was the star of the show at the 2016 World Series of Poker as he nearly won three consecutive bracelets. In today’s edition of Flashback Friday, we look back at the former PokerStars pro’s memorable heater four years ago. 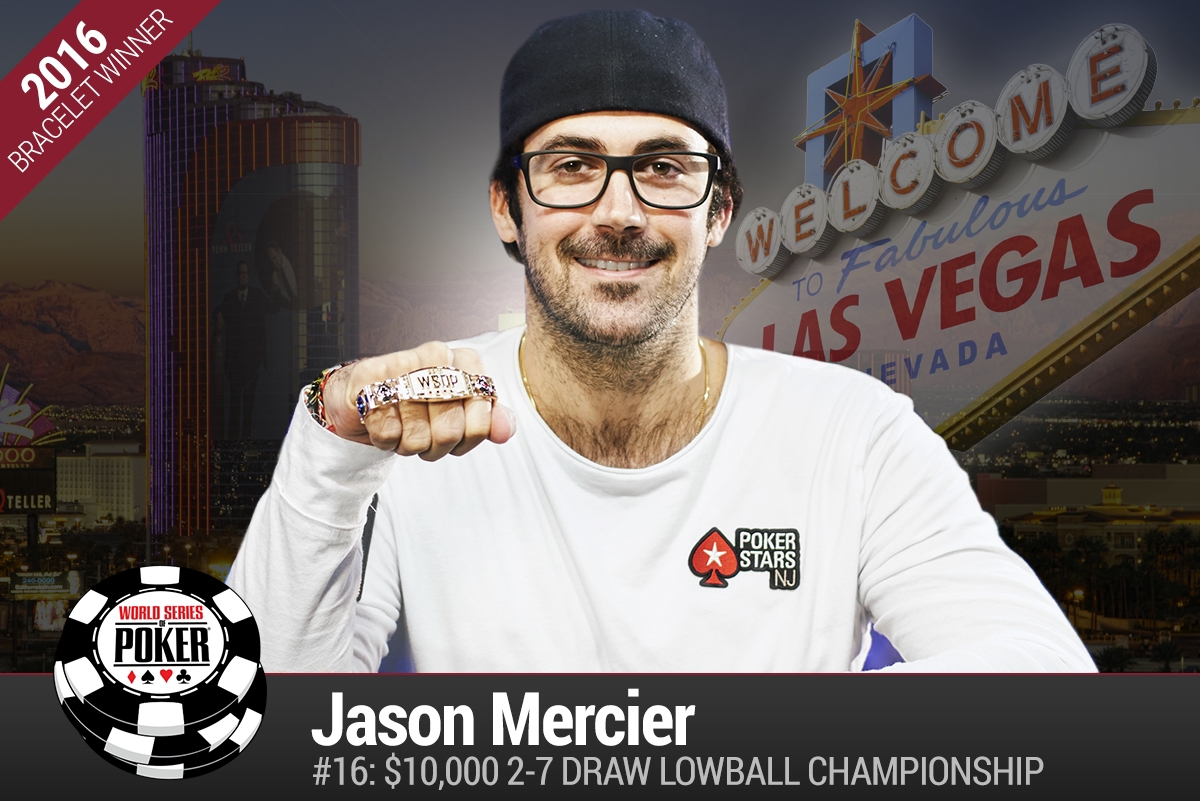 Mercier was so dominant during one week in June that he essentially had the WSOP Player of the Year award locked up with a month remaining in the series. His week-long heater remains one of the most impressive accomplishments in the WSOP’s 50-year history.

Mercier’s performance four years ago certainly ranks right up there with Mark Newhouse finishing 9th in the Main Event in consecutive years (2013, 2014), and with many other impressive accomplishments that CardsChat News recently ranked (you’ll find Mercier at #38).

Mercier didn’t need a week-long heater in 2016 to prove he can play poker. He’d already won three WSOP bracelets. Not bad for, as Doug Polk likes to call him, “a bad reg.”

But four years ago to the week, the South Florida poker pro accomplished more in just seven days than most poker players accomplish in their entire careers. It all started with a bracelet win in the prestigious $10,000 No-Limit Lowball Draw Championship for $273,335 on June 13. Mercier beat out Mike Watson heads-up to win the bracelet. Little did he, or anyone, know he was just getting started.

Following that win, the then PokerStars pro registered for the $10,000 Razz Championship, which had 100 entries — exactly the same number of players as were in the 2-7 event. He nearly went back-to-back in difficult non-Hold’em tournaments, but was unable to win a heads-up battle against Ray Dehkhargani and finished as the runner-up ($168,936).

On June 15, Mercier entered the prestigious $10,000 HORSE Championship, one of the toughest annual WSOP events. Facing stiff competition that included mixed game greats such as Randy Ohel, David Benyamine, and Nick Schulman, Mercier began his quest for a second bracelet in less than a week.

Mercier took down the HORSE event for $422,874, beating James Obst heads-up for the bracelet. In doing so, he made it nearly impossible for anyone else to catch him in the WSOP POY race.

For good measure, Mercier ran deep in another event two days later, taking eighth place in $10,000 Omaha Hi-Lo tournament for $39,269. If you’re scoring at home, that’s $904,414 in cashes in just one week, including two WSOP titles. Not too shabby for a supposedly “bad reg.”

Moving on From Poker

Less than two years after winning WSOP Player of the Year, Jason Mercier resigned from his role as a PokerStars ambassador after spending eight years representing the world’s largest online poker brand.

Leaving PokerStars was just Mercier’s first step away from the game. Although he still occasionally competes in tournaments, especially those in South Florida where he resides, he no longer plays full-time. In 2019, he became a father for the first time and decided to spend more time with his child and wife, Natasha Mercier.