Poker pro Jason Mercier, the 2016 WSOP Player of the Year, has decided to end his relationship with PokerStars after more than eight years, citing a need to spend more time with his family. 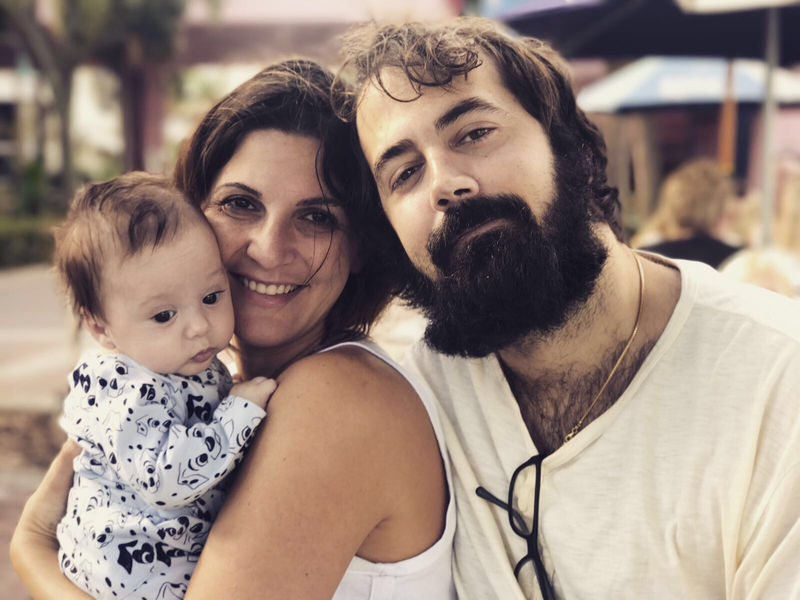 Jason Mercier, pictured with his wife Natasha and newborn child, has decided to go all-in on being a family man and thus had ended his relationship with PokerStars after eight years. (Image: PokerStars)

The news comes just a week after Vanessa Selbst announced her retirement from pro poker and separation from PokerStars, the world’s largest online poker site, to work as a financial strategy advisor for a hedge fund.

Mercier and Selbst were two of PokerStars’ more popular ambassadors.

In a post on the PokerStars blog, Mercier, who has represented PokerStars since 2009, informed poker fans that his days of wearing the red spade and white star at live tournaments around the world were behind him.

Following his announcement, PokerStars staff writer Stephen Bartley appended a footnote with thanks and well wishes for the five-time World Series of Poker bracelet winner.

With nearly $18.6 million in live tournament earnings, Mercier is the winningest Florida poker player in history.

But grinding the live tournament scene and just trying to make a living playing poker in general can be difficult, particularly for players intent on building a family.

In the past year, Mercier married his longtime girlfriend and fellow poker pro Natasha Mercier (nee Barbour), and three months ago she gave birth to their first child.

Players such as Phil Hellmuth or Doyle Brunson are somewhat of an anomaly, if not a throwback to an earlier age, in how they have found a way to balance family life and full-time poker.

“My most important concern now, and my priority, is being a full-time father and husband,” Mercier wrote. “Becoming a parent brings about a complete transformation of who you are. I no longer let myself be so concerned with what I want, but more so the well-being of my wife and my child.”

Mercier’s contract with PokerStars expired at the end of 2017 and he opted out of an extension, but said there were “no hard feelings” between the parties.

He isn’t retiring from poker completely, however. Mercier said he still plans to compete in various events in Florida, as well as in the WSOP in Las Vegas during the summer, and at next year’s PokerStars Caribbean Adventure in the Bahamas.

Don’t cry for PokerStars after losing Mercier and Selbst. The poker site isn’t necessarily getting out of the business of sponsoring accomplished players, and still has a star-studded Team Pro lineup.

However, as Stars shifts its strategic focus toward courting recreational players (as well as casino and sports betting customers), it is not clear if they will be adding any new pros to replace those who have parted ways, or if we should expect any other departure announcements.

As the leading poker site in terms of global traffic, Stars might want to keep an eye on Partypoker, which has been making a renewed push to use pros as recruiting tools, hiring big-name pros such as Mike Sexton, Fedor Holz, and Sam Trickett.

Poker is important but family is more “importanter” haha

No problem, I am sure the other Stars will do a great job and I’m supporting Daniel Negreanu’s work. And Liv Boeree is a great ambassador and such a beauty <3

Sorry to see Mercier leave. Been following him on the tour since he made his name at San Remo. Family trumps everything I guess.