As Japanese government officials begin zeroing in on the framework for their impending casinos, they’re giving poker a second look. 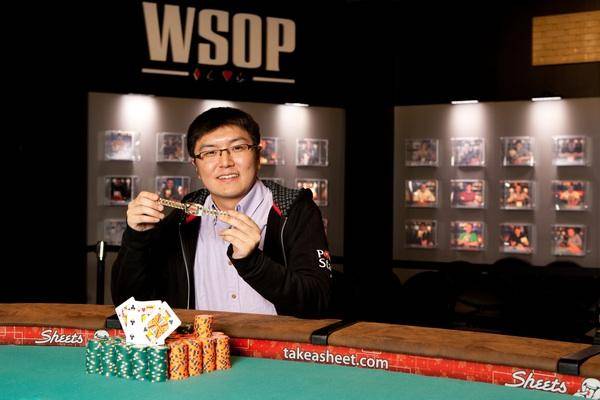 Japanese professional poker player Naoya Kihara (seen here at the 2012 WSOP after winning the $5,000 Pot Limit Omaha-Six Handed) is in favor of including poker in his nation’s casinos. But the argument over “luck vs. skill” rages on. (Image: somuchpoker.com)

Up until now, the popular card game has been left off the table, and it’s possible that its classification as a “game of skill” could leave it with an undealt hand entirely.

A panel of experts who are determining regulations for the integrated resorts (IR) that were approved by the country’s parliament in December had previously excluded games of skill, such as poker, Mahjongg, and Shogi (a Japanese variation on chess).

And the latest government assessment report supports that same concept, saying that only table games of chance, which they classify as blackjack, roulette, and baccarat, would be allowed. To that end, sports wagering would also be banned.

The decision-makers originally met on July 31 to discuss the regulations, which not only include what games will be permitted, but how much access Japan’s own citizens should have and how to keep organized crime out of casinos. They plan on convening again this Thursday in preparation for a fall meeting in which they will present their recommendations.

Japanese proponents of poker have plenty to say on the matter. And Masayoshi Oiwane, head of the Japan Casino School, told The Mainichi Newspaper that poker should be allowed as both a game of skill and one that will likely pull in plenty of revenue.

“Poker allows gamblers to feel a sense of superiority by defeating others in a game of wits,” he said. “Poker is popular worldwide and can attract numerous customers. In such games, it’s clear who the winner or loser is and it’s easy to control the flow of money.”

Professional Japanese poker player Naoya Kihara, who holds the Number Two spot  for live tournament career earnings in his country with more than $1.12 million to his credit, told The Mainichi that poker could flourish.

“Many gamblers go to casinos for the sole purpose of playing poker,” said the winner of the 2012 WSOP $5,000 Pot Limit Omaha-Six Handed event. “If an international competition were held at an IR in Japan, it would attract a large number of people from the world through a synergic effect with tourism.”

While specifies are being worked out, the Buddhist-influenced Komeito, a minority party to Japan’s ruling coalition, was resentful that the original legislation was rushed through to a vote.

The party’s members are reluctantly resigned to the reality of casinos coming to Japan, but would like to see more examination of the bill that’s coming to a vote in three months.

A senior Komeito official was  quoted by Japan’s Yomiuri Shimbun newspaper as saying that any legislative action taken on casinos should be delayed until next year.

“At any rate, [the implementation bill] should not be enacted at the [autumn parliamentary] extraordinary session,” he said.

It’s unlikely he will get his wish for a delay, however. Prime Minister Shinzo Abe’s majority party, the Liberal Democratic Party, has enough support to get the measure approved at the National Diet’s fall session.