Another poker pro is criticizing GGPoker for what he believes is an attempt to keep winning players away from the network. 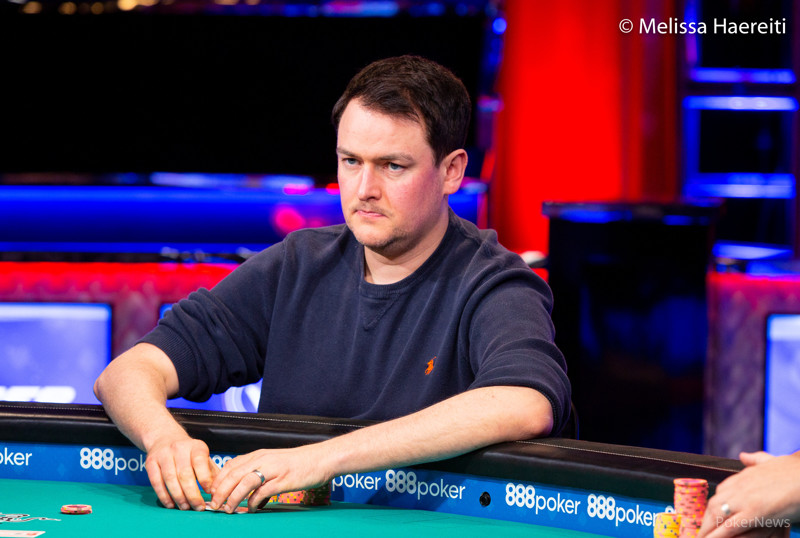 British pro Stuart Rutter is speaking out, claiming that GGPoker has blocked him from creating an account since January. (Image: WSOP/Melissa Haereiti)

Stuart Rutter has been cashing in live events since 2005, so he knows a thing or two about the game. However, he believes his status as a winning player could be working against him. The Englishman said in a recent tweet that GGPoker is using UK gaming regulations to make life difficult for pros.

We know that GGPoker is home to winning players. Names such as Wiktor Malinowski and Mikita Badziakouski have featured in our recent CardsChat Big Winners round-ups. The online poker site also has a stable of ambassadors that includes the likes of Daniel Negreanu and Fedor Holz.

Those are all accomplished pros with winning records. However, Rutter believes these are inconsistencies in the way GGPoker operates.

@GGPoker @Joeingram1 GG's UK skin is using verification as a means to block, or make it insanely difficult, for pros to get on the site. A number of us have waited many months, sending in every document, waiting months between replies, which then ask time-delaying questions.

CardsChat spoke to the respected pro to get his take on the situation. Rutter explained that he’s been trying to make a deposit since January 2021 after being moved over from a non-UK skin. He told us that he’s fulfilled every requirement asked of him and his documents are “completely normal.”

Affordability checks are a hot topic in the UK right now, and Rutter says that he’s willing to accept any deposit limit, even if it’s lower than what he’s used to, in order to satisfy UKGC regulations. In his opinion, there’s “absolutely no reason” the site can’t allow him to make a deposit “for some amount.”

Rutter believes delaying tactics are keeping him out

The back-and-forth between Rutter and GGPoker’s security team has been conducted through a series of infrequent emails coming through at a rate of one per month. Rutter believes that the time in between emails is a delaying tactic and part of a strategy designed to make it as “hard as possible” for professionals to get an account.

It’s not just the time it takes to receive a response that’s angered Rutter. He told us that the questions he’s been asked are “pedantic at best.” One particular example of an issue that took a long time to get settled was a request for images to be in a PDF format instead of JPEG. He also took umbrage to queries from GGPoker regarding a “relatively small” bank transfer to a friend.

Rutter finished by telling CardsChat that he knows three other pros who have had similar issues. One of the top affiliates has also told him that, in their opinion, pros are finding it harder to get accounts than are weak players.

“There is a difference in the way they treat fish and the speed at which regs are able to get on the site,” Rutter told CardsChat.

Rutter has since been contacted by GGPoker about his issue. As of the time of publication, he’s yet to find a resolution, though he says the wheels are turning once again, which could be a positive sign.

GGPoker playing by the UKGC’s rules

CardsChat reached out to GGPoker regarding Rutter’s complaint, but a spokesperson declined to comment, saying they can’t speak about individual cases because of privacy issues.

One important point to note here is that GGPoker doesn’t set the rules with regard to account verification. Like all operators licensed in the UK, it has to comply with regulations set out by the Gambling Commission. Rutter himself acknowledges this point. However, it’s his contention that GGPoker is using the regulations as “an opportunity” to “delay” certain players from getting on the site.

It’s also worth stating that UK gambling regulations, particularly in regard to affordability checks, are in the spotlight at the moment. Operators and players are awaiting the results of an official review by the government. The expectation is that the regulations surrounding affordability and deposit limits will be more stringent.

To what extent this increased level of scrutiny will manifest itself is unclear at this stage. However, the winds of change are blowing, and all UK operators are being hyper-vigilant in this regard.

Tough regulations continue to cause unrest

We’ve already seen this cause issues for GGPoker in other cases. English pro Andy Wool, aka dawhiteninja, ran into problems in February 2021. He had an account with GGPoker, however, when he tried to increase his deposit limit, it was closed after he was unable to pass the company’s new affordability checks.

He argued that, as a poker pro, he doesn’t have regular paychecks, which is why he couldn’t pass the checks.

GGPoker’s Paul Burke spoke to CardsChat at the time and said that winning players weren’t being treated unfairly.

“We are required by the UKGC and other gambling regulators to follow strict safer gambling measures and have been asked to be hyper-vigilant in the current uncertain times. We are following all such guidelines at present, which might be a cause of frustration in the eyes of some players,” Burke told CardsChat in February.

There are always teething issues when rules change in a significant way. This may or may not be the issue that’s preventing Rutter from opening an account with GGPoker. What’s clear, however, is that the UKGC’s push for tighter controls is putting more pressure on licensees and, as it may be in this case, players.