Joe McKeehen continues to crush it at the US Poker Open, while Joey Weissman mounted an epic comeback to win a USPO title. Daniel Negreanu also picked up a much-needed cash in the $10,000 8-Game event. 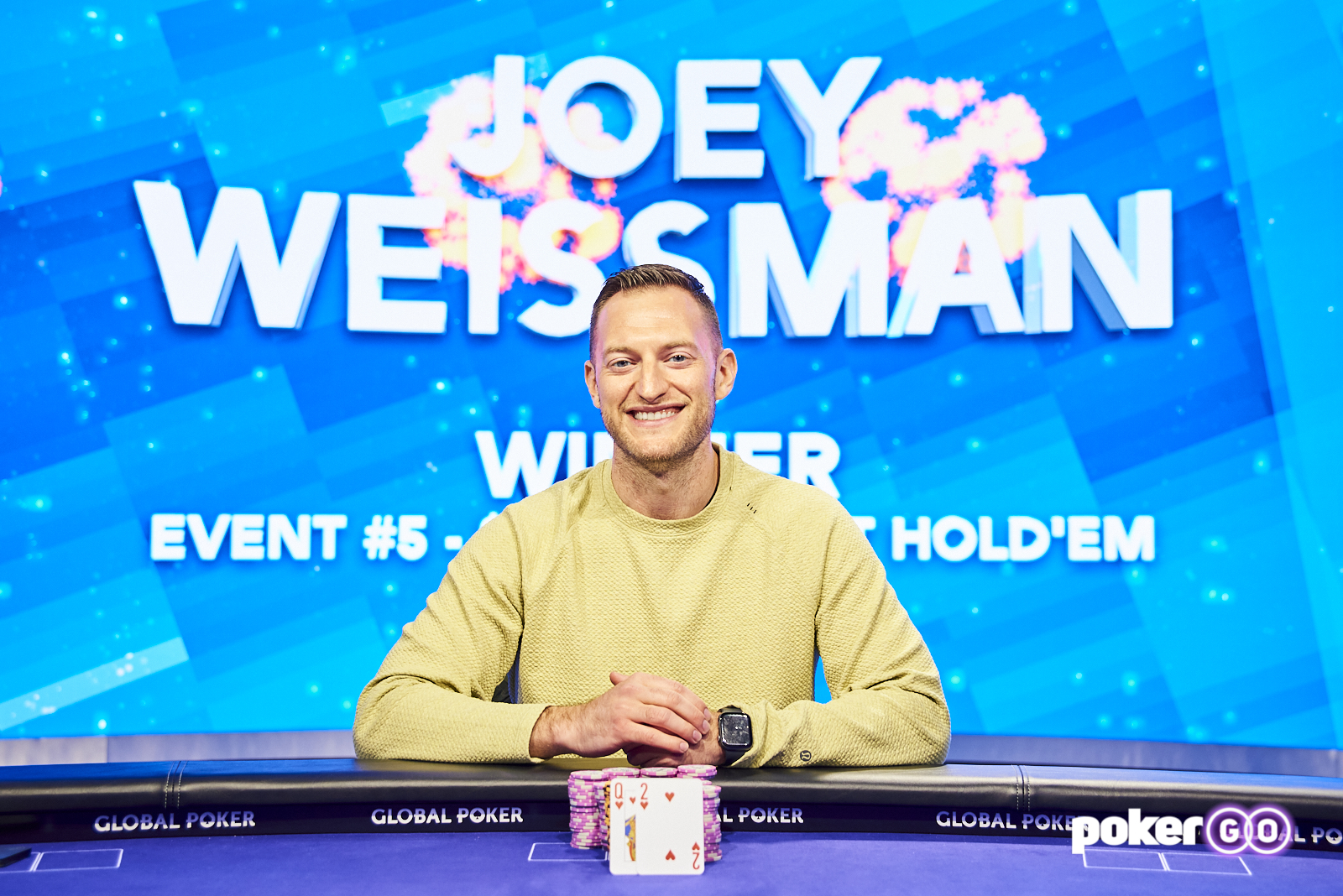 The 2015 WSOP Main Event champion busted in third place, right after Cary Katz was eliminated in fourth ($85,000). McKeehen took home $102,000 for his efforts, and now has more than $17.6 million in live tournament winnings, including two top-three finishes at the 2021 US Poker Open. He is now among the favorites to win the USPO championship.

But the main story in this 85-player high roller was the comeback victory of its champion. Joey Weissman entered heads-up play against Adam Hendrix trailing by around 5-1 in chips. Living up to the adage that all it takes to win is a chip and chair, Weissman rallied for the win on Tuesday. Hendrix didn’t roll over, though, putting up a strong fight even after he had squandered his lead and was down to just five big blinds.

Hendrix would quickly double-up to get back into the match. On the final hand, he went all-in with A-J against Weissman’s suited Q-2, which would win the pot and the tournament thanks to a generous flush. Hendrix received $144,500 for second place.

Event #6, a $10,000 8-Game mix, kicked off on Tuesday, also at the PokerGO Studio. The tournament attracted 68 entrants and played down to the final table before calling it a night. You can watch that final table beginning at 1 pm on Wednesday (on a one-hour delay) on the PokerGO app.

Negreanu, whose recent struggles in high-stakes poker are well documented, held the chip lead with 10 players remaining, but ran into a cooler in a Pot-Limit Omaha hand against Steve Zolotow. The GGPoker ambassador turned a set of aces, but Zolotow flopped the nut straight and the board didn’t pair on the river. Negreanu called off an all-in bet (smaller than the size of the pot, of course), doubling Zolotow up to a big stack while seeing his own stack fall back to average.

Despite the missed opportunity to reach the final table with a monster stack, Negreanu made it to Day 2. He’s one of seven players who will come back to compete for a US Poker Open title and the $183,600 prize awarded to the eventual champion. Each remaining player is guaranteed at least $34,000.

For Negreanu, winning the tournament would certainly make up for some recent struggles. His only other cash at the USPO was a $25,500 score for 10th place in Event #5. The former PokerStars ambassador has failed to run deep much in tournaments over the past few years, or to beat Phil Hellmuth in heads-up play. He has an opportunity to reverse the trend on Thursday.