How Game Theory Applies to Football, Politics, and Poker

Politics has become a much bigger part of conversations at the poker table, and a huge part of the poker Twitterverse over the past few months. And, much like the decisions of professional football coaches, game theory experts are baffled at the decisions made by politicians and political parties. Since applying game theory to non-poker-related competitions is always interesting to me, I thought it would be a good time to share some thoughts on why these mistakes aren’t really mistakes in either case. 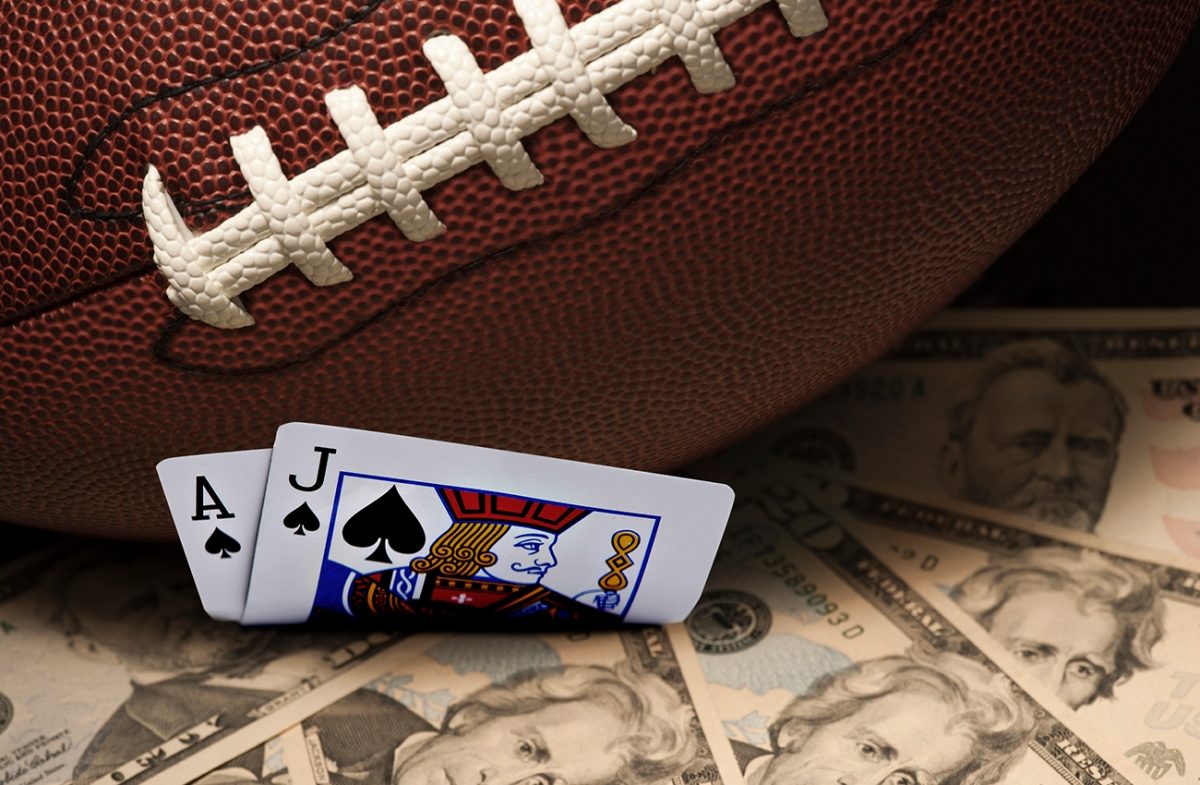 A strong understanding of game theory plays a big part in winning on the gridiron, at the poker table, and in the political arena. (Image: Northernquest)

Let’s take a quick look at football first because it’s an excellent parallel, and the game theory “mistakes” football coaches make are often for the same reasons that politicians lose legislative battles.

Things like clock management, not going for it on fourth down, and failing to think about two-point conversions earlier in the game are often cited as evidence that football coaches aren’t adept at using game theory. I even considered starting a consulting service for football teams with a couple of other expert poker players because we knew we could increase a team’s chances of winning for a reasonable (by NFL standards) amount of money.

But when I looked deeper into the idea, I discovered we were on the wrong track completely. The front office will tell you that they’re hiring a coach to win football games. But do coaches really get fired because of their win/loss records? Not exactly.

The real job of a football coach is to keep their high-paying job as long as possible. Winning certainly helps with that, but it isn’t the only factor, and short-term variance can really hurt a coach who’s taking risks. Making the right decision from a win/loss perspective could actually cost a coach their job.

Going for it on fourth down when it increases your chances of winning by 2% might seem like the obvious choice. But, if you know you’re more likely to be fired if the attempt fails and less likely to be fired if you punt, even if that costs you the game, the question becomes, is that 2% chance of winning worth the risk of losing a job that pays millions of dollars per year?

So, a coach’s real motivation — keeping his job — is sometimes at odds with the job itself, which is to win games. And this explains why most of these mistakes happen. They might be mistakes in terms of winning, but they’re the correct decisions when it comes to keeping your job.

This applies to personnel decisions as well. If you have a chance to get a quarterback who’s a coin flip to be a really great player, but who also might be a complete bust, then it might be a coin flip to keep your job. If you can bring in a veteran who won’t be great, but will win nine or 10 games and virtually guarantee that you make another five million as a coach next year, then the veteran is clearly the best choice.

This deeper understanding of motivations applies at the poker table as well. Many players don’t want to be embarrassed or look like they’ve made a mistake. They will fold in a spot where they should clearly call, simply because they made a mistake earlier in the hand and don’t want to reveal their mistake at showdown. Their motivation isn’t to win, but simply to appear to be a winning player.

This same concept applies to politics in an even bigger way. I can’t think of a job where success in what you were hired to do is less connected to keeping the job. The recent Supreme Court decision that essentially overturns Roe vs. Wade has brought a wave of fundraising requests from Democrats, and many on the left are mocking the calls for more money in the wake of failure.

It’s the first time I’ve ever seen this kind of pushback from the base of either party. A failure in legislation usually leads to a huge increase in funding for campaigns on the losing side. And failure at the ballot box often leads to a rebound that helps get the losing side elected in the next cycle.

It is almost certain that Republicans will gain seats in congress in a few months. It’s also nearly as certain they would have lost seats if Trump had been reelected. If you were a Republican member of congress in a hotly contested district, it was actually in your best interest to see Trump lose, as it gave you a much better chance at reelection in 2022.

We can actually see this reflected in the way politicians behave toward presidential elections. They all give lip service to supporting the presidential candidate on their side, but those with tough elections coming up in two years don’t do much to help the campaign. Meanwhile, those who have their seats locked up in one-way districts will fight much harder in order to curry favor with the incoming president to garner their support, and ensure they win their next primary and, thus, their next campaign.

Game theory mistakes do happen in politics. In fact, they’re rampant, even when we consider the real motivation of politicians. But understanding the system better helps us see those mistakes accurately and, also, to understand that some of those mistakes aren’t failures at all, but a result of an entirely different set of motivations.

This means that politicians, as most people in America already believe, don’t have much vested interest in making the country better or helping the citizens of their districts. Because, much like the football coach, their motivation is at odds with their job description. 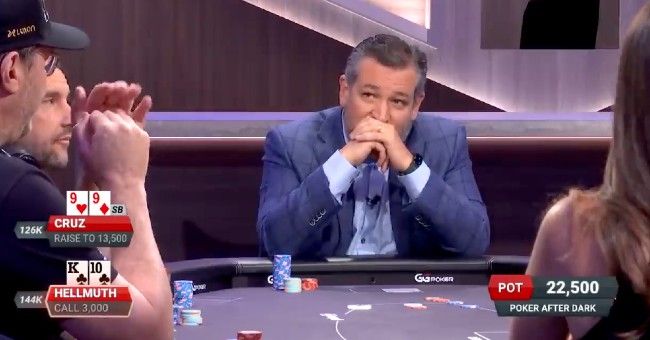 Republican Senator Ted Cruz of Texas thinking about how he can help his constituents while playing on “Poker After Dark.” (Image: PokerGo)

And how does an incumbent politician win their primary? By appealing only to their base. A Republican who helps the liberals in a heavily conservative district does nothing for his reelection chances, and may even hurt them. But if he focuses his efforts on making life better for conservatives in his district, he’ll win his primary easily and, therefore, keep his job in November. If every liberal in his district starves, it costs him nothing in terms of job security.

A two-party system not only locks in the incumbents in most districts, it gives each side little reason to care about their own people. How many Trump voters do you know who would vote for a Democrat because they thought their local conservative mayor was crooked or incompetent? And how many liberals do you think would vote for a Republican if the Democrat representing them was failing at their job?

This would seem to indicate that all of our politicians should be fighting for the people in the middle — the rare Americans who vote without an attachment to either party. But the politicians don’t seem to pander to the middle as much as we might expect.

Those people in the middle are often uninterested in politics. They may not vote and, when they do, it’s usually not from a very informed place. They’re also much more likely to vote for a third party than to jump on the bandwagon of a politician from one side or the other. For many of them, remaining “independent” is a badge of pride, as they think both sides are crooked and voting doesn’t matter. 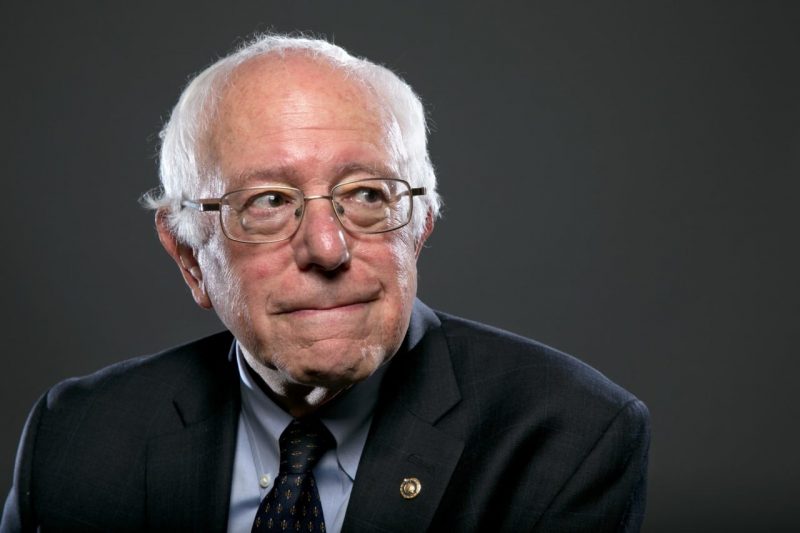 Always advocating for the little guy, independent Senator Bernie Sanders of Vermont believes the rake is too high across the board. (Image: Associated Press)

The way a politician in a hotly contested district can gather the most votes is by energizing the base — those people who support their side, and getting more of them to come out and vote. Because America has lower voter participation than most other developed democracies, getting those people to actually show up is a more important piece of the puzzle than trying to grab the cynical center.

This is why we see the rise of extremism in politics. Because moderates don’t do well in many areas and extremists get an extra benefit from the media. They get more attention, sure, but that’s not nearly as important as most of the media outlets on their side telling the base that their words are true and that they had better vote because the other side is filled with demons who hate America and want to ruin everything.

The predictions of doom if the other side wins get more clicks and more hours of viewing on television than any reasonable centrist view, so the media outlets flood us with them. And, they play right into the campaigns of extremists who just hop on the bandwagon and use those media outlets to get their base out to vote.

A system designed to protect itself, not the people

These are the real reasons why calls to pack the Supreme Court with more justices, pass laws protecting abortion rights, and to fight harder for women’s rights won’t have any effect on the behavior of most liberal politicians. Because this Supreme Court decision is good for their careers, if not for women or the general public.

The overturning of Roe will probably allow a few democrats to keep their seats in congress, pack their campaign coffers, and give them something to run on for years to come.  “If they will do this, what’s next?” they will say. “Send money now or the other side will do even more terrible things. They must be stopped. Hurry up and write that check.”

Politics is about money. I know, it’s a cynical view, but it’s also the only way to see things clearly. Applying the things I’ve learned in poker — a focus on winning and making money — to politics has allowed me to understand how both games work in new ways. And even if this isn’t a pleasant way to see things, it’s better than keeping your head in the sand.

I would love to tell you I have a solution for this problem. And there is, in fact, an option that would likely change things in a big way for the better. Ranked-choice voting is successful in other countries and would allow other parties and independent politicians immediate entry into the current political system. With it, we would no longer be voting for the lesser of two evils.

The problem is, both sides are heavily against its implementation because they know many of them would lose their jobs immediately if the two-party stranglehold was broken. And, if there’s one thing both sides agree on, it’s maintaining the status quo so they can keep their jobs.

I think things will stay as they are for a long time to come. There just isn’t a reasonable way to change the system when the people in charge are dedicated to keeping it the way it is, and their only motivation is to keep their jobs. I don’t like it any more than you probably do, but Foxstradamus is rarely wrong when it comes to politics.