Hollywood celebrities have long been fans of poker, but in 2017, that posse made more than their fair share of bad decisions away from the tables. Big names such as Ben Affleck and Kevin Hart got plenty of ink, but not all of it was positive. 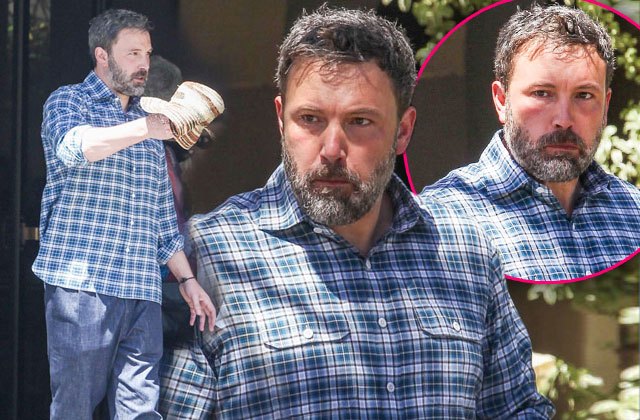 From heartthrob to heartbreak: “Runner Runner” actor and one-time Las Vegas poker regular Ben Affleck didn’t have his best year ever in 2017. His post-rehab weight gain turned out to be the least of his problems. (Image: radaronline.com)

Affleck completed rehab for alcohol addiction in March. This was not a new problem either, the actor noted on his own Facebook page. The first time he got help for his drinking problem was in 2001 at the Promises Addiction Treatment Center, in Malibu.

Even his now-amicable split from wife Jennifer Garner, which finally reached divorce status in April, wasn’t the pinnacle of his problems in 2017. The former Runner Runner star and 2004 California State Poker Championship winner found himself in the vortex of the Harvey Weinstein sexual allegations scandal in October, and in more ways that he would no doubt have liked.

No sooner had Affleck been called out by actress Rose McGowan for “knowing” about Weinstein’s bad behavior towards women for years (which Weinstein himself fessed up to), than he was also called out for a 2003 on-camera appearance in which he touched the cleavage of then 21-year-old former MTV Total Request Live host Hilarie Burton. Affleck was forced to do a mea culpa, and tweeted out that he had ” … acted inappropriately toward Ms. Burton and I sincerely apologize.”

Tip of the LaLa Land Iceberg

A collaboration announced back in April between the world’s largest online poker room and comedian Kevin Hart took a serious turn south when the PokerStars Ambassador unknowingly appeared in a sexually suggestive video with someone other than his wifey. TMZ reported that an anonymous person approached the celebrity threatening to release the video if he didn’t pay a multimillion-dollar sum.

He refused, instead recording a short video of his own apologizing to his then-pregnant wife, Eniko Parris, and his two children from a previous marriage. He turned to social media to communicate with fans:

“I’m at a place in my life where I feel like I have a target on my back,” Hart said on Instagram video. “And because of that I should make smart decisions. And recently, I didn’t. You know, I’m not perfect. I’m not going to sit up here and say that I am or claim to be in any way shape or form.”

The fallout didn’t seem to affect his relationship with PokerStars at least, not that Hart needs the money. He is reportedly the highest-paid comedian on Earth these days, with $87.5 million in annual earnings in 2016, according to Forbes.

And Now, Some Good News…

At least some of the news out of Hollywood wasn’t dumb and dumber.

This year at the WSOP, the media was enamored with chatty amateur British poker player John Hesp. He delighted the crowd by taking down his first significant cash when he came in fourth in the 2017 World Series of Poker (WSOP) Main Event.

Hesp walked away with a $2.6 million prize, and multiple movie offers, quickly becoming an international sensation. He was spotted with filmmakers from the US, China, and the UK, and a biopic is reported to be in the works.

Another figure from the poker world whose life is playing out on the big screen is former Hollywood Home Game Queen Molly Bloom. Under the direction of Aaron Sorkin, Molly’s Game was released November 22. Jessica Chastain stars in the true story of the woman who was dubbed the “poker princess.”

Based on Bloom’s memoir Molly’s Game: From Hollywood’s Elite to Wall Street’s Billionaire Boys Club, My High-Stakes Adventure in the World of Underground Poker, the film was the latest to come out with a poker theme. Bloom ran into some FBI headwind for running an unlicensed game where stars were reported to have routinely gambled as much as $2 million a night in cold, hard cash.

And this kind of wraps up 2017 with a nice, neat bow, because guess who used to attend Bloom’s famed exclusive high-stakes poker cash games she ran for a decade? Yup, those luminaries included Ben Affleck, Matt Damon, Leonardo DiCaprio, and Spiderman Tobey Maguire.

errr….Ben Affleck was not in Rounders…Right? Call me crazy but…I don’t think he was in that movie…