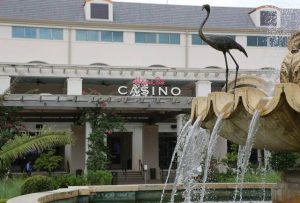 Hialeah Park Racing & Casino, the venue accused of manipulating its poker tournament figures, has been found to have irregularities in its operations by the state of Florida.

Following a series of complaints from players back in September 2015, the Florida Division of Pari-Mutuel Wagering launched an investigation into Hialeah’s $200,000 guaranteed event held in August.

The $250 buy-in event was set to be the largest-ever tournament held at the casino. But players noticed a number of discrepancies as the series unfolded.

Made public to the poker world at large by TwoPlusTwo poster Bob Bernstein, the news quickly spread through the community.

Among the list of complaints was that the number of players supposedly registered didn’t match the prize pool displayed inside the venue. Additionally, players weren’t given a structure sheet and, instead of random seating, players were told to sit at specific tables.

These concerns, among others, eventually reached the Florida Division of Pari-Mutuel Wagering, which took up the matter and looked into the way Hialeah conducted its poker operations.

State Has Its Say on Event

The findings of the investigation were published soon after the holidays, and the state concluded that Hialeah was guilty of 11 gaming violations. The majority of the violations relate to accounting irregularities, mainly stemming from the August tournament.

One of the main charges was that the casino allegedly introduced players into the tournament without collecting an entrance fee and misrepresenting the size of the prize pool.

Additionally, the casino has also been accused of not having sufficient video surveillance as a review of footage showed that parts of the poker room, including where money is handled, were not covered.

The implication is that Hialeah Park Racing & Casino manipulated the figures, the buy-ins, and the structure of the tournament for its own gain.

In light of the charges, the Florida casino now has until January 18th to challenge the state’s findings and submit an appeal. If Hialeah chooses to do this, it will have to present a formal case and a decision will be made based on the weight of evidence.

However, if Hialeah Park Racing & Casino fails to lodge an appeal by the deadline, it will face a series of penalties which could range from monetary fines or, ultimately, the suspension of its gaming license.

Both the Florida Division of Pari-Mutuel Wagering and the casino’s president, John Brunetti, have declined to comment on the matter.

So a Florida casino may have fudged its prize pool and probably awarded the winning players less than they deserved . I cant say i’m surprised ; this kind of thing happens routinely in the loosely regulated Indian casinos of California .