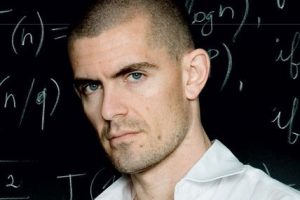 Poker pro Gus Hansen is investing millions of dollars into a bridge-shuffling device, as the player who was recently dropped by Full Tilt continues to diversify his career.

The new firm Hansen is investing in is called Bridge Company, and it’s coincidentally developing a new device that shuffles cards for the game.

The news first appeared via media in his native country of Denmark, as Danish press revealed that the new bridge shuffling machine will speed up play and solve problems unique to game.

Hansen has a well-documented history of being great at many games besides just poker, and is a world-renowned backgammon player. He’s had a history of playing, and winning big, in other games such as gin rummy, chess, and bridge as well. The Dane has said on more than one occasion that these games were his first in the gambling direction that eventually led him to poker fame.

Hansen has partnered with Tom Hanlon and Nils Foss, and invested millions into Bridge Company, which owns a device known as “Bridge + Dealer,” which will debut at the Copenhagen Bridge Invitational. Hanlon and Hansen have a history, having combined forces back in 2010 to beat foes such as the Prince Consort of Denmark to win the Invitational.

Currently, SHFL (formerly known as Shufflemaster) is the most commonly used device in the casino industry for shuffling. Just one of the devices costs thousands of dollars, but the ability to have an efficient and quick method for shuffling means more hands played, meaning more dollars for the casinos, and a fairly quick return on investment.

While the new Bridge + Dealer device will likely deal just as efficiently, the machine will also analyze hands in tournaments, which usually takes up a lot of time. For those not familiar with bridge, all players sitting in the “North” square get the same amount of cards. When the game finishes, the results of all players sitting in the “North” position are compared to each other.

Bridge is not quite about receiving a great hand, but really which player got the most from the cards they were dealt. The new device would then make the process of analyzing play a lot easier.

Is There a Market?

Some analysts have wondered if there’s a market for bridge dealing and analyzing machines that would warrant a seven-figure investment. Assuming there’s a high cost of research and development, plus operational costs, it would take selling thousands of the units to recoup. But the possibilities for a good ROI exist, considering the number of cards rooms worldwide that offer bridge games.

It’s been well-documented that Hansen has been online poker’s biggest loser, and according to some online databases is more than $20 million down. Regardless of that staggering figure, Hansen has maintained that he can afford to lose, but enjoys winning more. Adding insult to his financial injury, Full Tilt Poker recently cut both Hansen and fellow pro Viktor Blom from its sponsored roster.

Success Away from the Tables: How the Pros Do It

Hansen is known to be a savvy businessman, as are other notable poker professionals. Some might remember he was a founding partner of PokerChamps, which sold to Betfair for a cool $15 million back in 2005.

Hansen is certainly not the first poker pro to invest in the business sector. Recently, poker pro and noted author Phil Gordon helped raise millions for a new software technology company aimed at businesses and organizations. Johnny Chan also invested into the “All In Energy Drink” aimed at poker players, which busted quickly.

And the late Chad Brown tried to develop a poker clothing line known as Bustout Clothing, which had only moderate success.

Thanks Dave, I’ll let them know!