The Global Poker Index released on Monday what turned out to be controversial nominees for its April 5 Global Poker Awards ceremony (live on PokerGo). 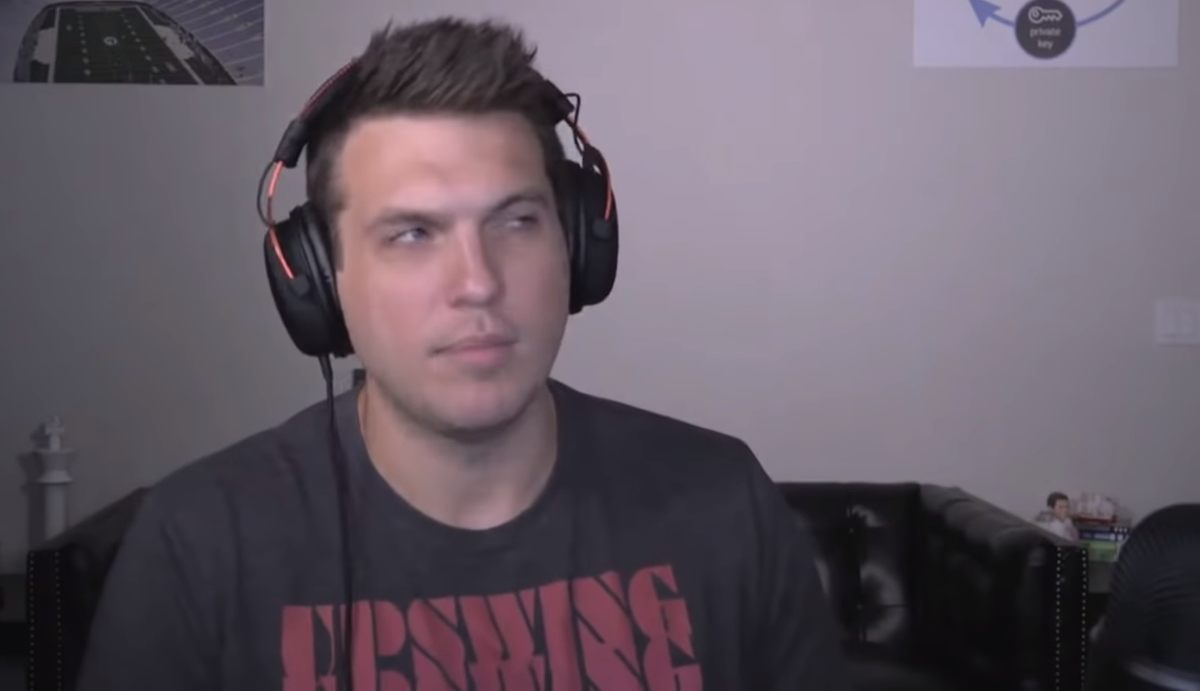 Live look at Doug Polk after finding out he was nominated for Vlogger of the Year at the Global Poker Awards. (Image: YouTube)

Two categories – Streamer of the Year and also Vlogger of the Year – are under scrutiny from the fans. Many Poker Twitter users feel certain nominees are undeserving. Another area of contention from the poker community is with the GPI for dismissing those whom they feel deserve recognition.

Non-Vlogger Nominated for Vlogger of the Year?

Doug Polk hasn’t technically vlogged since the 2017 WSOP. But, apparently, those who selected the nominees were unaware of this fact.

Polk retired from the game of poker in 2018 after completing his $100 to $10,000 bankroll challenge. Although he still runs his Upswing Poker training site, he rarely uploads content to YouTube these days. In fact, he only created a couple of videos each month throughout 2018, none of which were in the traditional vlogging sense. Even he agrees with the silliness of his nomination.

Brad Owen, one of the most popular streamers with over 95,000 YouTube subscribers, was somehow left out of the Vlogger of the Year category, however. And he, understandably, wasn’t too thrilled.

Hey @gpi what in the fuck do I have to do to get nominated for this "Vlogger of the Year" category? Probably wouldn't be upset if there weren't people nominated who don't even make poker vlogs: https://t.co/c97CNSmfTW

Owen’s friend and fellow vlogger Andrew Neeme, however, made the cut. The other nominees are Daniel Negreanu, Joe Ingram, and Marle Cordeiro.

Jason Somerville for Streamer of the Year…in 2018?

Jason Somerville is certainly among poker’s top ambassadors. And he’s arguably the cream of the crop when it comes to all-time best Twitch poker streamers. But this year’s Global Poker Awards show awards industry personnel for their performances in 2018.

Somerville wasn’t an active streamer last year. That fact, apparently, didn’t matter much to the voters. He joins CardsChat ambassador Jeff Gross, Jaime Staples, and Lex Veldhuis as a nominee for Streamer of the Year.

Many poker fans on Twitter are upset Parker “tonkaaaap” Talbot and other popular streamers didn’t make the cut.

Whatever prestige/credibility you wanted for these awards just got flushed down the drain with these nominations. Congrats, you are no longer being taken serious by anyone

I know any subjective award is going to come with varying opinions, but in an industry that is desperate for growth I'm sad to see the panel continuing to lean on accomplished names rather than promoting those who are growing the game from the ground floor. https://t.co/RngP5qT49K

Joe Ingram, who is up for Vlogger of the Year, said on Twitter that he will launch his own poker awards show the same week as the Global Poker Awards. He didn’t share details but said his awards “will recognize people from all the poker world.”

Criticism from fans is to be expected with any awards show, from the Grammy’s on down to the Global Poker Awards. So, in fairness to Poker Central and the Global Poker Index, the organizations that created this poker ceremony, it’s virtually impossible to avoid controversy.

Take the Academy Awards, for example. Each year, movie buffs passionately debate which flicks and stars the Academy snubbed. Judy Garland, who played “Dorothy” in the “Wizard of Oz” in 1939, one of the most-watched films in history, never won an Oscar for Best Actress, for crying out loud.

No matter which individuals are honored at any awards show, there will always be those who some fans feel were disrespected. Poker Central and GPI are learning this lesson. But the show will go on, April 5. You can catch it live on the PokerGo app.

Doug Polk is the type of guy to win poker player of year while not playing a single hand. GPA get your stuff together.

Wow – some of those are just silly.