CardsChat ambassador Jeff Gross is taking his talents to Partypoker, a poker site he believes is on the verge of becoming an industry leader. He joins the site’s Team Online roster a month after declining to renew his contract with rival PokerStars. 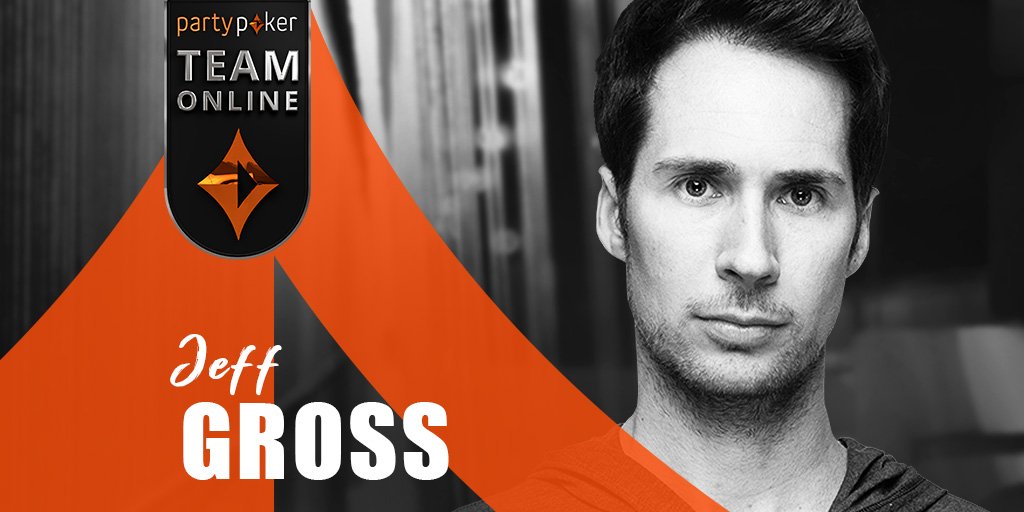 Jeff Gross is the latest poker pro to shun PokerStars in favor of Partypoker. (Image: Twitter)

Gross first announced the new gig on Twitter and then spoke to CardsChat. To say he’s excited about the opportunity would be quite an understatement. You can hear the passion for poker in his voice.

“I’m so excited right now,” an enthusiastic Gross told CardsChat. “Right place, right time. Everything just worked out perfectly to make this happen. I got a great arrangement. Really happy with the message of the team and the direction they’re going.”

He will serve as the Co-Managing Director of Team Online but isn’t ready to publicly announce who that partner will be.

Gross said he “had an offer on the table” in January to remain a member of the PokerStars Team Pro roster. But he declined that offer because he saw a “perfect” opportunity with an old but up-and-coming poker site.

Despite leaving the world’s largest poker site for its biggest rival, Jeff said he has “no hard feelings” towards his former employer. He’s proud to have represented that company but was ready for a change.

Partypoker first launched in 2001 and was one of the top online poker sites in the early days until PokerStars and Full Tilt Poker took control of the market. Over the past couple of years, however, Partypoker has re-branded its image in hopes of catching up to PokerStars.

Gross believes that competition will actually be good for PokerStars.

“There’s room for everybody,” he told CardsChat.

Part of the site’s transformation was to build a stacked roster full of big name pros. Mike Sexton left the WPT broadcast booth in 2017 to return to the poker site he helped launch in 2001 as its Chairman. Former PokerStars pros Isaac Haxton and Bertrand “ElkY” Grospellier joined the team along with Sam Trickett, Fedor Holz, Jason Koon, and now Jeff Gross.

The next step in building a poker that can compete with PokerStars is to improve the software. Gross admits that Partypoker’s software “wasn’t up to par” in the past.

“In the past, PokerStars sort of had a monopoly with its massive guarantees and great software,” he said. “But I love the direction Partypoker is taking. They’ve made a lot of changes to their software and are now offering big guarantees.” He is excited about the “new schedule” Partypoker offers that is stacked with amazing events from low stakes all the way up to high rollers.”

Gross, whose Twitch channel has a loyal following, won’t stream Partypoker games exclusively but said the “vast majority” of the games he plays will be on the poker site he now represents.

“I may still occasionally play the Sunday Million (at PokerStars) or on (Americas Cardroom),” he said.

Gross also likes the decision Partypoker made to sign some of his fellow Twitch streamers.

“It’s great what they’re doing,” he said. “Guys like Matt Staples and (Hristivoje Pavlovic) ‘ALLinPav’ didn’t have poker site sponsorship deals. Partypoker is giving a lot of love to the streamers and that’s great for the game. There was a huge void with Twitch streamers not having deals.”

Pavlovic and Staples both joined the team last month. They were every bit as enthusiastic as Gross about the opportunity.

congratulations jeff, we hope to see more stream in your new contract with partypoker, but I think that you are a very high level player, we hope to see you as team pro and not team pro online … luck

What’s the password to the Jeff Gross freeroll this Sunday on Partypoker? Is it ‘jubilant’?