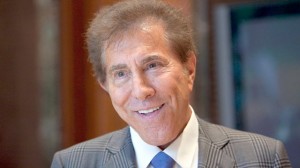 Steve Wynn addressed the G2E Global Gaming Expo this week, where he reconfirmed his opposition to the online gaming market in the US. (Image: Jerome Favre/Bloomberg/Getty)

This week’s G2E gaming expo in Las Vegas turned out to be a platform for industry heavy hitters to confirm their pro and anti-online gambling stances. Take  Steve Wynn, for example, one of the biggest names in the casino industry, whose remarks about the online gaming market hold a lot of weight in the industry.

On Tuesday, the chairman and CEO of Wynn Resorts ended a day of industry discussions and seminars at G2E by delivering his keynote address. Taking place at the Sands Expo and Convention Center, Wynn spoke to a house packed with representatives of the gaming and casino industry. After sharing his personal history in casino development in Las Vegas and how he built successful resorts such as The Mirage, Bellagio and Wynn Las Vegas, Wynn took on questions submitted by the audience.

Though online gaming didn’t make an appearance in his keynote, it wouldn’t be easy for Wynn to dodge the subject for long. A question read by American Gaming Association President Geoff Freeman asked what Wynn’s thoughts were on online gaming. “Not much,” he answered before going into more detail.

According to Wynn, he doesn’t see enough of a business opportunity in bringing online gaming to the US. Wynn believes that a regulated market would allow the government to heavily tax gaming operators, meaning businesses wouldn’t be able to make any money. He mentioned that his advisers told him he would need to spend “$30 or $40 million” to make a presence in the online gaming market or they would be left behind. Wynn stated this idea of being “left behind” scares many executives.

Sheldon Adelson also delivered his now-infamous feelings about online gambling in his Thursday wrap up keynote address. Adelson is one of the biggest opponents of online gaming, and has invested millions of dollars campaigning for a flat-out ban. Earlier this year, Wynn stated his support of Adelson, but seemed to lean closer to opposing online gaming, rather than a complete ban. The kind of scenarios Wynn conjured up in his speech indicates that the economics of online gaming are not his only issue and he is aligning himself closer to Adelson’s convictions.

Another major issue Wynn finds with online gaming is where the blame would be targeted if something went wrong. Wynn feels that if any negative PR occurs, gaming regulators would enforce new and harsher limitations on not only online operators, but land-based ones like Wynn who aren’t even involved in the Internet.

While big names like Wynn and Adelson oppose online gaming, there are many who feel the industry is good for the US. The American Gaming Association released a study on the impact of the casino industry at G2E on the US economy. According to the study done by Oxford Economics, the industry has a $240 billion economic impact which includes supporting 1.7 million jobs.

Throughout the uphill battle for regulation in the US, several major industry veterans, moguls, associations and politicians have become embroiled in the debate. The establishment of regulated systems of online gaming in Nevada, New Jersey and Delaware is a sign that the US is willing to dip its toe into the water. But this is a movement that needs support, confidence and big names to back it up. With PokerStars apparently poised to announce their return any day now, per a somewhat cryptic Tweet this week from New Jersey State Senator Ray Lesniak, that reality could be just around the corner.

Do these people oppose online gambling because the Mafia can’t skim the profits.

I had to laugh at that first comment. How about if the internet operated independent of the casinos? Then no execs have to worry about malfeasance tarnishing them. Second they make 240 BIllion? is that per year cmon alright, can someone else get some cake? I think poker would do great by itself and not cause much of a dent because, live events won’t go out of style. I think he has a point. The dummies who play slots and stuff may be that dumb to play at home on their computer rather than take the weekly bus trip to the casino.