If you want to save significant money on your World Series of Poker trip, there are a few free casino apps that are definitely worth the download before you leave for Las Vegas. You’ve probably seen them, inundated with ads on your social media feeds without giving them a second thought.

The Wynn really wants you pressing their buttons on your phone, and will give free room nights if you do it often enough. (Image: iTunes)

But if you’re a regular visitor to Las Vegas, you should stop and take a look. Even though these apps will happily sell you virtual coins with no real cash value, if you’re patient and avoid those purchases you can play online casino games for free and earn hundreds of dollars in real-life comps.

Here’s a quick rundown of my three must-haves.

Only around for about a year, this has quickly become the best option for players who’d like to stay in a nice room and not spend an eternity earning it. The setup is this: you start with a few million in starting coins and use those to spin reels to earn gems, the currency you will later use for the free room. You can collect free additional bonus coins throughout the day and earn more by completing challenges to collect scratch-off tickets. 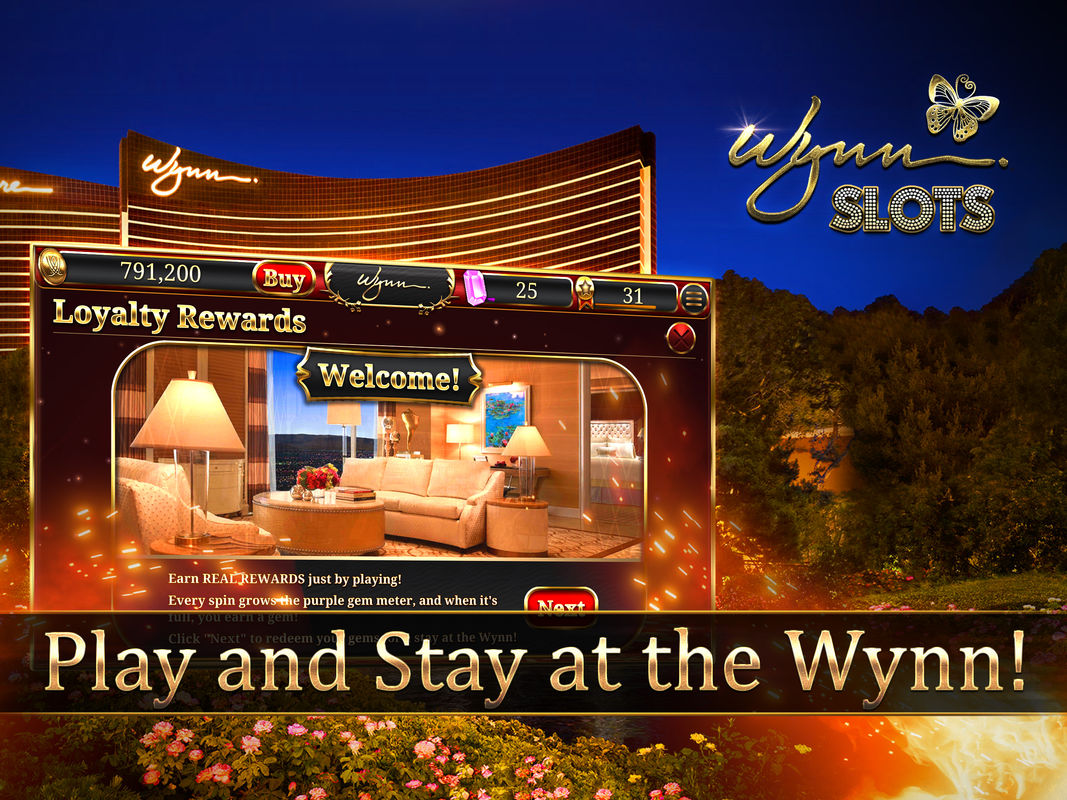 As with other apps of this type, you can also purchase coins, which is how the developers make much of their money. But if you are patient you can earn a room in decent time. I spent $11 out of pocket and earned a room for four nights (the maximum allowed for one trip) at the Wynn in about three months of play. It takes daily dedication, but once you collect your free coins you can set the reels to auto spin, making much of the time investment automated.

Room rates vary by date and fluctuate over time. As an example, during my original travel dates of June 30-July 4 the cost would have been 6,000 gems, but when I changed my plans to June 23-27 it cost me 9,400 gems.

As of now, rooms are the only freebie offered. But Wynn representatives have told some people on forums that those options may be expanded later to include other comps.

This app has been around for several years, and while the rewards have been diluted over time, there is still value to be had. Like with Wynn, you spin virtual slots to earn currency – gold coins in this case – that can be used for rewards. You’ll also collect bonus chips throughout the day to increase your bankroll, with the option to buy more if you’re impatient. 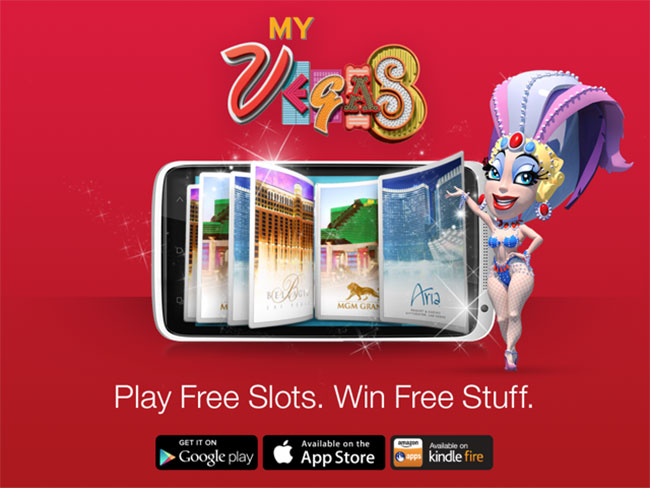 The variety of rewards is a draw, with everything from rooms to show tickets to foods to slot play available. But whereas the rewards were once a free-for-all, most come with heavy restrictions these days. Unless you’ve purchased chips through myVegas you can only stay for free one night every 30 days (aside from the occasional bonus offer). You often have to stay at an MGM property to use many of the food rewards, too. Think of myVegas as a way to supplement your trip rather than as a way to significantly reduce the cost.

The program partners with other Las Vegas attractions so you can get such things as free Madame Tussauds tickets and BOGO Las Vegas Monorail rides through myVegas.

To pile up the gold coins quicker, take advantage of the myriad ways to play – there are actually four linked avenues that include the myVegas slots, myVegas blackjack and myKonami apps on your phone, as well as a myVegas Facebook app for desktops.

If you’re willing to spend a little time on Fremont Street at the original home of the WSOP, also check out the Binion’s app. You can earn free food and trinkets such as T-shirts and coffee mugs. 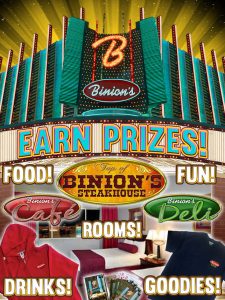 You can also score a free room at Binion’s sister property the Four Queens if you’re willing to spend an eternity playing – that’s because the coins you earn for the comps aren’t based on how much you bet.

The game is designed to dole out only so many coins per day so the rate at which you earn will be reduced significantly as you spin the slots or play video poker. It took me about three months just to earn a $15 food voucher so this game is only for the extremely patient.

Johnny Kampis is a longtime Vegas visitor and author of the Essential Guide to Vegas during the World Series of Poker and Vegas or Bust: A Family Man Takes on the Poker Pros. Follow him on Twitter @TuscaloosaJohn.

This sounds too good to be true , wait – it is !
I am so glad I don’t have a cell phone to do anything on the internet .
Yes , I play slots once in a blue moon , but only online and on web based sites . ( I can clear cookies etc after using them. )
So far , I have heard a lot of horror stories on the apps and how they invade your privacy, gather info about you and it gets sent god knows where.
But if others want to use them – then please do so at your own risk !!

As our friend informs, this seems too real to be true hahahahah

I believe there is a great marketing job to promote and create illusions in our thinking, but we must not forget that there is such a randomness as participating in a big tournament. We have to analyze well before playing, because sometimes what is free becomes more expensive than if we really invest another day.