Last Sunday, 30-year-old poker dealer Tishun Butler was caught stacking the deck at Derby Lane, a racino located in St. Petersburg, Florida. Butler was observed on camera helping set the deck for an ex-employee, who cashed out for $29,600. 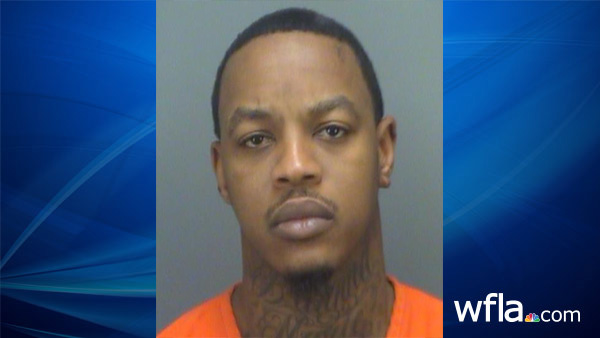 Derby Lane poker dealer Tishun Butler is being charged with scheming to defraud, which is a felony, after helping an ex-employee win thousands at the Derby Lane casino in St. Petersburg, Florida. (Image: wfla.com)

All Hands on Deck

According to local NBC affiliate WFLA, video surveillance caught Butler manipulating cards, allegedly with a false shuffle, and setting hands for the ex-employee. Reports suggest the unnamed cohort, who denied cheating but “maxed out his bets in the second set,” was able to cash out for $29,600. He has not yet been charged in the incident.

This isn’t Butler’s first run in with the law. Back on January 1, 2015, arrest records indicated he was booked in Hillsborough County, Florida.

The then 27-year-old was charged with “possesion of cannabis, less than 20 grams” and “driving w/ license cancelled, suspended, or revoked.” He was released on a $750 bond. In that arrest report, Butler’s employer was listed as “Derby Lane,” though his occupation was noted as “Dog Walker.”

Derby Lane, established in 1925, is the oldest continuously operating greyhound track in the country. In the past, the venue has played host to poker tournament series like the Ante Up Derby Lane Fall Pokerfest, WPT Regional, and WPT Derby Lane Rebound Series.

This isn’t the first time a poker room in that neck of the woods has generated negative headlines.

For years, the Silks Poker Room at Tampa Bay Downs, which is just 30 minutes up the road, played host to PPC Poker Tour events, including the annual PPC Tampa Downs Fall Classic.

At the end of 2016, the Pompano Beach-based poker tour collapsed in disgrace, after it was revealed that several winners from its 2016 PPC Aruba Main Event were due more than $300,000 in prize money. That included Stephen Deutsch, who won the event for $133,687, as well as players John Ott, Michael Lerner, James Beadnell, and Joan Sandoval.

Those players have yet to be paid, while PPC owners Bryan Oulton and Thomas “Sandy” Swartzbaugh have disappeared from the public eye.

Everyone tells me the dealer is not out to get me. Apparently, in Florida, the dealer really was out to get people. I am glad they caught him. I can’t stand cheaters.

Doesn’t seem like he was out to get ‘anyone’ except his employer.

I know personally that the dealers from one casino, And dealers from other casinos work in the cahoots to deceive other players at the poker tables in Florida. Becouse they did it to me.

thats nuts, i almost took a job there dealing cards but due to the hours changed my mind, thats nuts