The World Series of Poker Main Event is gathering pace and, after six starting flights and a couple of Day 2s, the final stats are in. Even in a post-pandemic world, this is the 10th-biggest Main Event in history, but the numbers don’t stack up for some players. 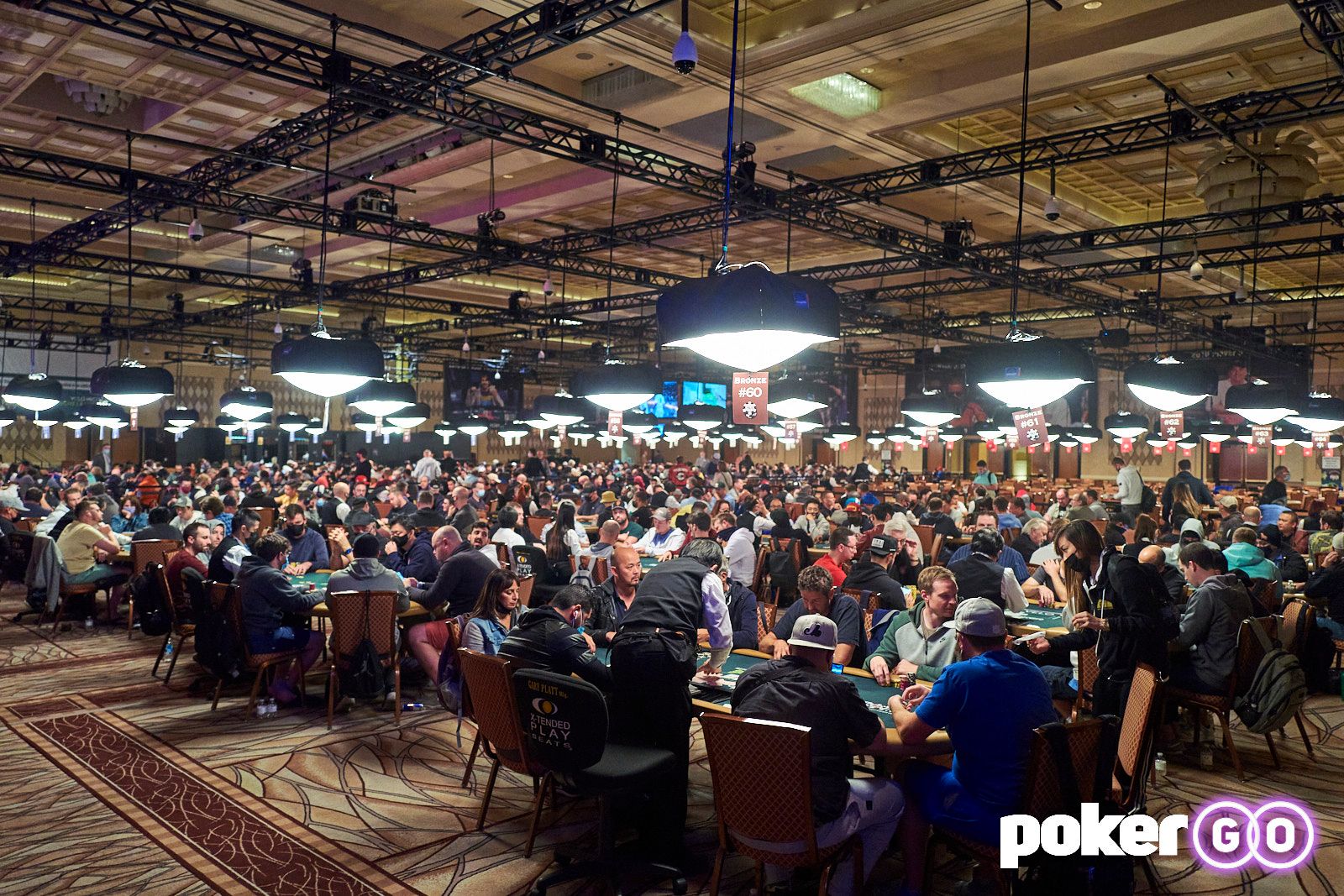 The WSOP Main Event attracted more than 6,600 players, but the payouts are leaving a sour taste in some people’s mouths. (Image: Mark Gorman/PokerGO)

With the registration desks staying open through the end of Level 7 on Day 2 and a late influx of players from overseas, the final number of entrants hit 6,650 by Wednesday night. That puts this year’s tournament ahead of the 2012 Main Event (6,598 entrants) and just behind the 2014 Big Dance (6,683 entrants).

Two-thirds of the total entrants remain and there are some notable names still in the mix. 2003 champion Chris Moneymaker is among the top 30 players, while other Main Event stalwarts like Matt Glantz and Matt Affleck are also riding high.

With 2,632 players returning for the start of Day 3, here are the players currently topping the Main Event chip counts.

With so many players left at this point in the game, it’s almost impossible to pick a potential winner at this point. And, even though we’re still a long way from breaking the money bubble, some players’ thoughts have already turned toward the tournament’s payout structure.

The 2021 WSOP Main Event will go down as a success, especially when one considers the hurdles that organizers and players had to overcome this year. Delays, a travel ban, and COVID-19 restrictions have made putting on — and attending — the WSOP a logistical nightmare for many and, as a result, attendance figures across the WSOP as a whole have been lower than usual.

Despite the setbacks, however, the WSOP Main Event attracted more interest than many expected. Although the number of entries breaks a four-year run of gains, the final total is higher than organizers saw during the early days of the poker boom and after Black Friday. What’s more, the latest total is significantly higher than anything recorded at the WSOP before Chris Moneymaker won in 2003. It’s also better than seven other Main Events since then.

The 2021 WSOP Main Event is a triumph based on the number of entrants it’s attracted to the Rio this year. Where it may fail, at least in some players’ opinions, is in how its payouts are structured. 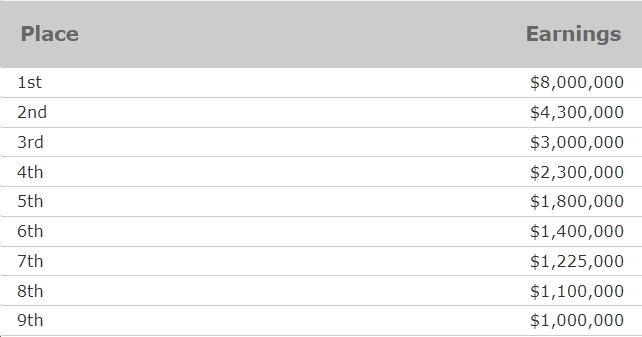 Others, meanwhile, have taken exception to the fact that the winner will take home more than a half-million less in prize money than 2012 Main Event champion Greg Merson did, despite the fact that he triumphed over a field with 52 fewer players.

I'll always praise @WSOP when they get something right but the payout structure for the main is embarrassing. Jumping $415k from 10th to 9th & then $400k from 9th to 6th? Not to mention 2nd being almost half 1st. This wouldn't happen in any other tourney and it's a total gimmick

The Main Event is poker’s showcase event and draws interest from fans around the world through its television broadcasts and live streams. This makes the tournament an advertisement for the WSOP, and for poker in general, which undoubtedly has a bearing on the payout structure. Indeed, that’s why, in 2014, the WSOP guaranteed $10 million for the winner, even though the final number of entrants was 6,683 — only 33 entrants greater than this year’s tournament.

Why $10 million? Because it’s a double-digit figure that’s more likely to be reported on by mainstream media outlets.

A similar strategy is being used this year. The top prize is a flat $8 million and everyone who makes the final table will get at least $1 million. That sounds impressive, and it is. However, it means 10th place will win just over half of what ninth place gets ($585,000 vs. $1 million). It also means the runner-up will take home just over half of what the champion will get ($4.3 million vs. $8 million).

The discrepancies become even more apparent when you look at other Main Events:

For an additional comparison, we can also look at a payout structure used by the World Poker Tour where any tournament with more than 788 players pays 17.76% of the prize pool to the winner. The prize pool for this year’s Main Event is $62,011,250. So, if the organizers had used the WPT’s payout structure, the winner would get over $11 million.

While all of these things are true, it’s also fair to say that the WSOP Main Event is an outlier. It’s larger than almost any other tournament in the world and it carries the most weight. Therefore, it’s possible to argue that setting the prize pool in a more media-friendly way is acceptable.

However, it’s quickly become a talking point that’s threatening to overshadow what has otherwise been a successful Main Event.

where so? I know people …