Three dozen poker players are within striking distance of the WSOP Main Event Championship bracelet and $8 million in first-place prize money. Nine of them will become millionaires today. 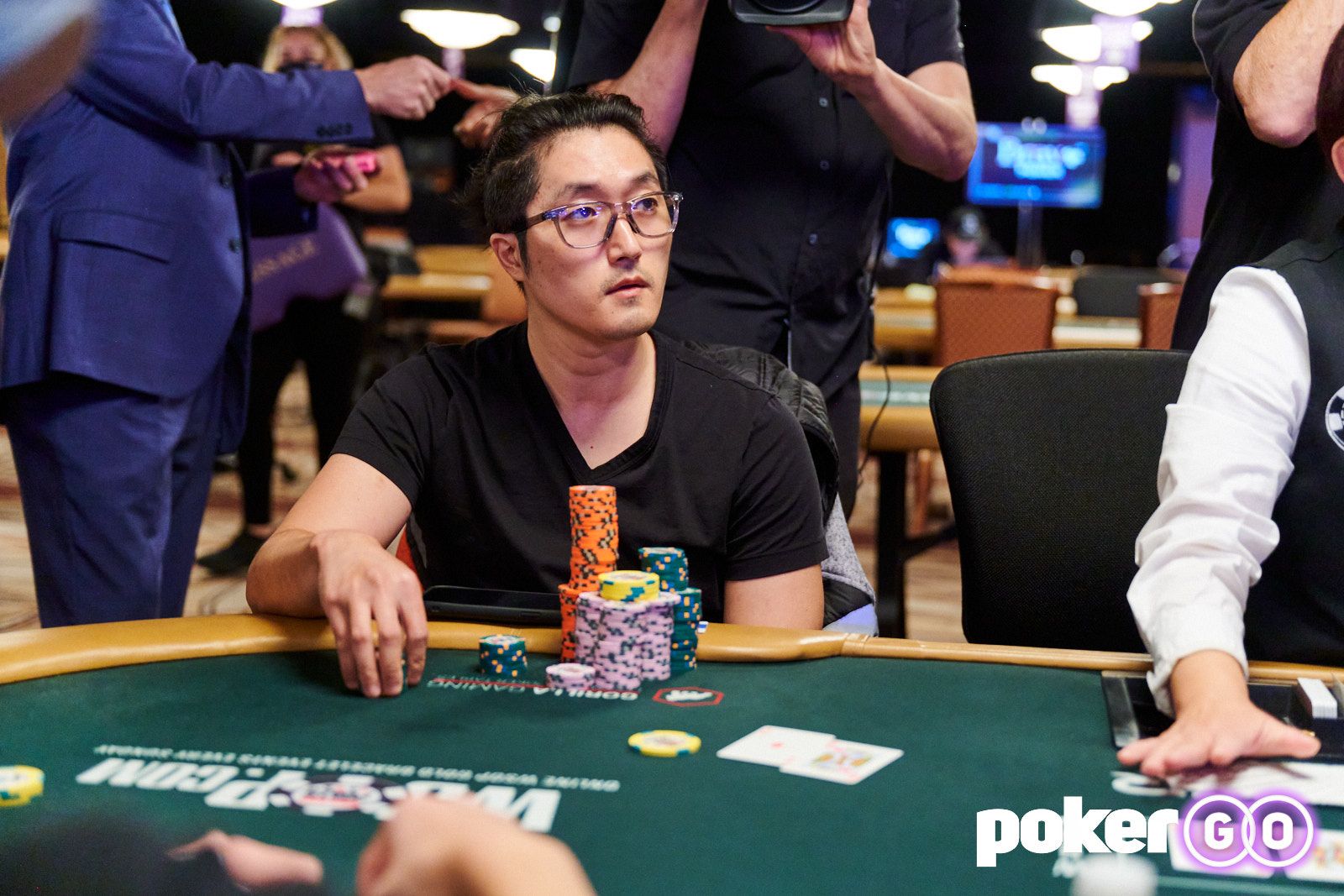 Former US Marine Hye Park leads the final 36 players with 29.5 million chips. Players return today at level 31 with blinds at 120K-240K. Play is scheduled to start at 11 a.m. PT, and players will play until the last nine are standing.

With this Main Event cash, Park now has more than $436K in WSOP earnings. He won a Circuit Ring online just this summer in a $215 event.

The top 10 stacks at the start of today’s play are:

Those who make the final table are guaranteed to take home at least $1 million each. All of the players currently remaining are guaranteed $198,550 each, and are facing significant money jumps today on their way to the $8 million top prize.

Alejandro Lococo, who currently sits in eighth place, is better known as Papo MC, is a popular freestyle rapper who became a PokerStars ambassador in August. His Twitch stream has 1.7 million followers and his Twitter, more than 841K.

This is his biggest cash.

Chance Kornuth and his three bracelets sit right outside the top 10 with 13.645 million. He won his third career bracelet earlier in this series in last month’s $10K NLH short deck event.

Focus fell on him the weekend after he was accused of angle shooting at the featured table when he repeatedly went to his chip stack to try to get a read on his opponents. Chris Brewer took issue with Kornuth’s “pump fakes” and went to Twitter to complain.

This is pretty absurd and clearly trying to trick person to act on their hand pic.twitter.com/vWQPRQCaeU

Leng has three bracelets and four WSOP rings while Brewer has none, but has cashed for almost a half-million at the WSOP.

Rings and bracelets abound at the Rio

Several of the remaining 36 players — other than Hye and Kornuth — already own various types of WSOP hardware of their own. Among those remaining in the field, Chase Bianchi won a bracelet in 2016 in a $1,000 No-Limit Hold’em event. With more than $20 million in his stack, Bianchi starts the day in fourth position.

Blasted my way to 20m chips for day 7. pic.twitter.com/tgBiPgKIjX

Oregon’s Mitchell Halverson won $84K and a bracelet online this summer in a $600, 6-max No-Limit Hold’em tournament. The Main Event is his 11th cash this series, including one final table appearance. He currently has 6.37 million chips.

Robert Mitchell won a bracelet in 2019 in an $800 No-Limit Hold’em event and currently has a stack of 7.38 million. Roongsak Griffeth won a ring at the Palm Beach Kennel Club in Florida in 2016 and another at the WSOPC Cherokee in 2015. He has 2.12 million chips, which makes him the short stack. Ruslan Dykshteyn, who won his ring at the Kennel Club in 2014, currently has 2.2 million.