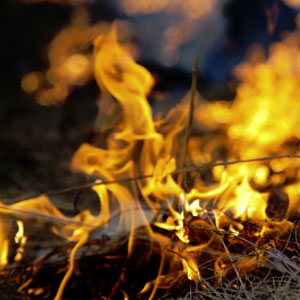 At least 15 people were killed when an illegal gambling hall in China exploded and injured many people in the Guizou building.

An explosion rocked an illegal gambling hall in a small Chinese village on Monday afternoon. The establishment was located in Laoshan Village in the southwestern Chinese province of Guizou. The report first came in from People’s Daily and was picked up by Al Jazeera in the United States.

Initial information from the emergency management office of Guizou said 14 people were killed and seven others injured. However, a later report from China’s Xinhua news agency identified 15 dead and eight more injured, with the latters’ conditions unknown.

According to the local police, the official cause of the explosion is under investigation, but authorities believe there were bomb-making materials involved and the explosion was deliberate. Some initial reports indicated that there might have been illegal fireworks stored in the building as the Lunar New Year celebrations approach, but the police are now treating the location – a makeshift tent dubbed as a “gathering place for gamblers” by local authorities – as a crime scene.

It didn’t take long for the police to detain suspects – eight of them to be exact. The Guizou police department reported that three of them turned themselves in and the rest were discovered via tips from the injured and other parties.

Gambling Frowned Upon in China

Outside of the island of Macau, gambling is generally frowned upon in China. While some places, such as Hainan Island, house establishments like the MGM Grand Sanya and attract poker tournaments hosted by the World Poker Tour, most gambling in China is done in underground scenarios like the tent (or as one villager described it as a shack built on wasteland) involved in this week’s bombing.

Most of the games are played for relatively significant sums of money. The dice game reportedly played at the site of the recent bombing was called Gundilong. Mainstream games like poker are rarely discovered at the illegal gambling halls.

Though the Laoshan area of China is remote and designated as a farming village with low income, gamblers set up shop in the inconspicuous location in the hopes of staying out of the scope of the police. However, authorities are adamant about shutting the doors on illegal gambling halls. The Wall Street Journal reported that three gambling sites were raided last month in nearby Kaili, which netted 210,000 yuan and the arrests of seven organizers and 57 gamblers.

Mainland China continues to crack down on illegal gambling operations, believing that they not only hold connections to organized crime, but they prey on the poor and contribute to the destruction of families.