You could call World Series of Poker bracelet winner Eric Rodawig a mixed games champion, of sorts, but not only in the way that immediately comes to mind. 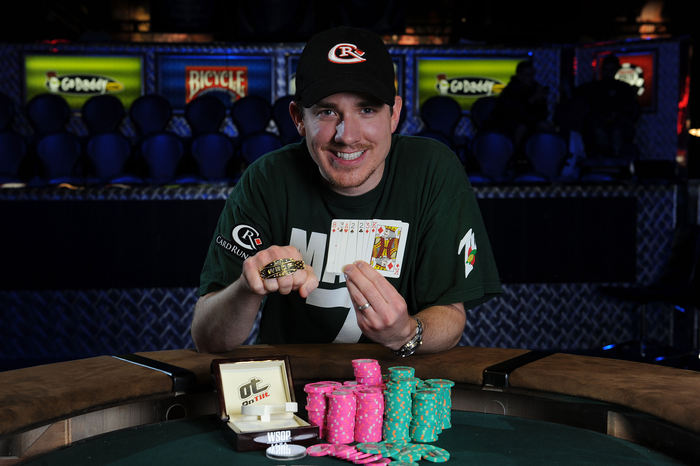 In 2011, Omaha’s Eric Rodawig won the WSOP Event #33: Seven Card Stud Hi/Lo Championship for $442,183. The Nebraskan was instrumental in getting mixed games approved for the Horseshoe Council Bluffs Casino in Iowa. (Image: WSOP)

In early December, Horseshoe Council Bluffs on the Iowa side of the Missouri River, across from Omaha, received permission from state gaming authorities to offer mixed games. It was a process that had stalled for years, until Rodawig stepped in to make it happen. We sat down with both the casino’s poker room manager and Rodawig to talk about their vital roles in bringing the games to fruition for midwesterners.

While living in Las Vegas in 2011, Andy Brock was a regular in the $15-$30 game at the Wynn. When he left Sin City to become the poker room manager at Horseshoe Council Bluffs, he knew immediately that mixed games were a priority.

“I like to give the players as many choices and make their poker experience as exciting as possible,” Brock told CardsChat. “When I took the job back in 2012, submitting mix games was one of the many changes I tried.”

Brock was quickly able to get several changes approved, including running it twice, button straddles, and Big O. But he ran into a roadblock when trying to get draw games approved by the Iowa Racing and Gaming Commission.

“I think I submitted about ten changes and they would always have a reason not to approve it,” he explained. “About six months ago, Eric Rodawig contacted someone in Des Moines, asking why players couldn’t play mixed games at the Horseshoe. Des Moines then contacted my local gaming agent and he followed up with me. I reminded him that I have been in the process for years [of trying to gain approvals] and that they kept denying them.” 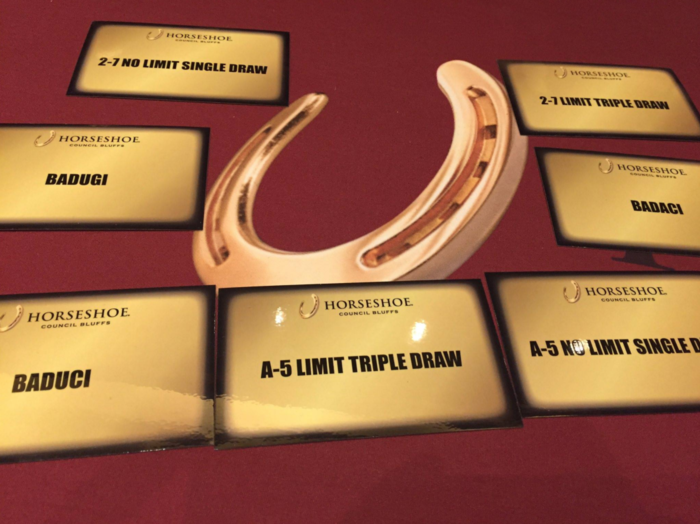 When asked to resubmit, Brock took a page out of the World Series of Poker’s playbook by using their published rules as guidelines. He even took it a step further by contacting his colleague, Mike Soto, over at Horseshoe Hammond, to get the Indiana rule book.

After submitting and fielding several questions, most pertaining to what happens when you run out of cards and the reshuffling procedures, approval was granted to offer Ace-to-Five Lowball, 2-7 Lowball, Badugi, Baduci, and Badaci (Badacey).

“Just yesterday I realized that I didn’t get Razzdugi approved, so I’ll get started on that,” said Brock, who must submit requests for each new game separately.

WSOP Bracelet Winner to the Rescue

In 2011, Omaha’s Eric Rodawig won the WSOP Event #33: Seven Card Stud Hi/Lo Championship for $442,183. An avid mixed games player, Rodawig returned to the Midwest to continue his career in real estate. In his free time, he’d make the short drive across the border to play poker at Horseshoe Council Bluffs. Unfortunately, they didn’t spread some of his favorite games.

“I wanted to help out and make sure any questions got answered,” said Rodawig, who decided to be proactive. “Following the launch and success of the Dealer’s Choice tournaments at the WSOP, I wanted to try again. I got in touch with Iowa Racing and Gaming Commission (IRGC) and encouraged other players to do the same.”

At Rodawig’s prodding, the IRGC approved the new games. Now, he aims to build a mixed game scene in Omaha.

“There isn’t currently one, though I hope to fix that with this approval,” he said. “It would be wonderful if we could somehow end up like the Hammond Horseshoe that has a $50/$100 mix game running twice a week.”

By law, each property in Iowa must get games approved for their individual properties. As of right now, none offer as many games as the Horseshoe Council Bluffs. Of course, getting new games approved is only half the battle, as Brock must also ensure his room is ready to spread them.

“I just started training the dealers,” he said. “We [had] our first Dealer’s Choice tournament scheduled on December 28 as part of our HHPC [Holiday Horseshoe Poker Classic]. Most of our dealers haven’t been exposed to the draw games and they are having fun learning them. We are working on our 2017 WSOP Circuit schedule, which is March 30-April 10, and I’m working with WSOP  Tournament Director Jack Effel to try to get an 8-game or Dealer’s choice in there.”