Doyle Praises Negreanu, Says ‘DNegs’ Forced Him to Change the Way He Played

Doyle Brunson said on Twitter that Daniel Negreanu is the only player who ever made him change the way he played the game of poker. The poker legend gave the ultimate compliment to his fellow Poker Hall of Fame member. 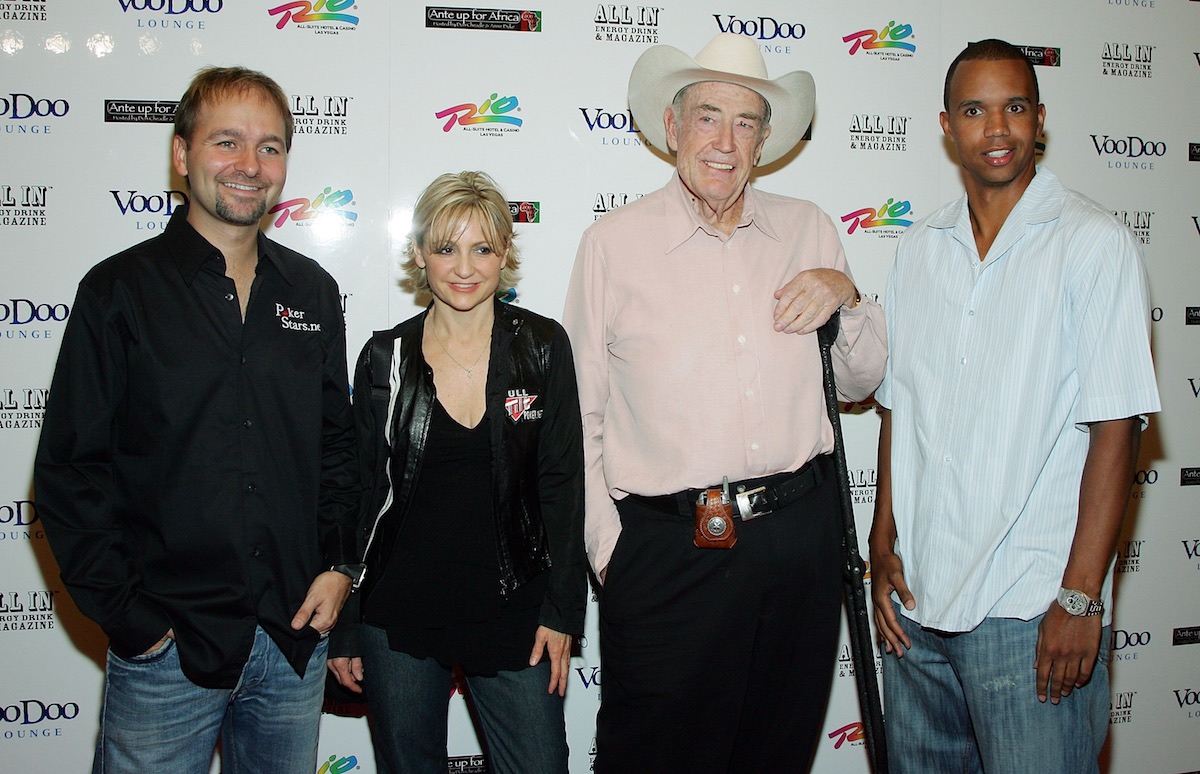 Negreanu has recently hit a cold streak with his game. After losing $1.2 million heads-up to Doug Polk over 25,000 hands, he took on Phil Hellmuth in another heads-up battle, this one on the PokerGO’s High Stakes Duel.”

That match isn’t going any better for the GGPoker ambassador. Through two rounds of play in the sit-n-go style format, he’s down $150,000 and has lost both matches. The date for Round 3 hasn’t been announced, but is expected to be sometime in June. Brent Hanks, the co-host of the No Gamble, No Future podcast said the Round 3 date will be revealed on the show next week.

Despite his recent defeats, Negreanu remains one of poker’s all-time greats. With more than $42 million in live tournament cashes and six WSOP bracelets, his record is impeccable. But he’s taken some heat in recent months and many poker fans won’t let him forget that he hasn’t closed out a tournament in years (since 2015, to be exact).

Negreanu doesn’t need a pick-me-up from anyone, even a poker legend. He, himself, is a legend of the game, and his poker resume speaks for itself. But Brunson made it clear recently on Twitter just how much he respects Negreanu’s game.

The only time I ever tried to change the way i play poker was when @RealKidPoker was winning lots of tournaments playing "small ball". I have always played big pots and relying on my gut instincts so I didn't last long. But Daniel sure made it pay.

“The only time I ever tried to change the way i play poker was when @RealKidPoker was winning lots of tournaments playing “small ball”. I have always played big pots and relying on my gut instincts so I didn’t last long. But Daniel sure made it pay,” Brunson wrote.

It doesn’t matter if you’re Daniel Negreanu or just some random poker pro, when “Texas Dolly” says he changed the way he played because of how tough you are as an opponent, that’s some high praise.

Negreanu revolutionized the game of poker 15 years ago when he taught the poker world “small ball,” an aggressive style of play that minimizes taking huge risks. In small ball, the goal is to raise numerous pots and make small continuation bets and bluffs in hopes of taking down the pot without risking a large chunk of your stack.

Brunson and Negreanu have a combined 16 WSOP bracelet, are both members of the Poker Hall of Fame, and have over $52 million in live tournament cashes together.

Daniel is certainly one of the best ambassadors for the game with his skill, talent and personality.
Hopefully he will maintain his image and stay clear of flaming on social media. It really doesn’t matter whether he wins or loses in these recent heads up matches … his record speaks for itself and thus he will always be one of the most notable players in poker history.
Congrats Daniel !