Daniel Negreanu got off to a strong start against Doug Polk during the first and only live poker session they’ll play in their heads-up challenge. But the Upswing Poker founder bounced back nicely with a dominating performance in the first online session. 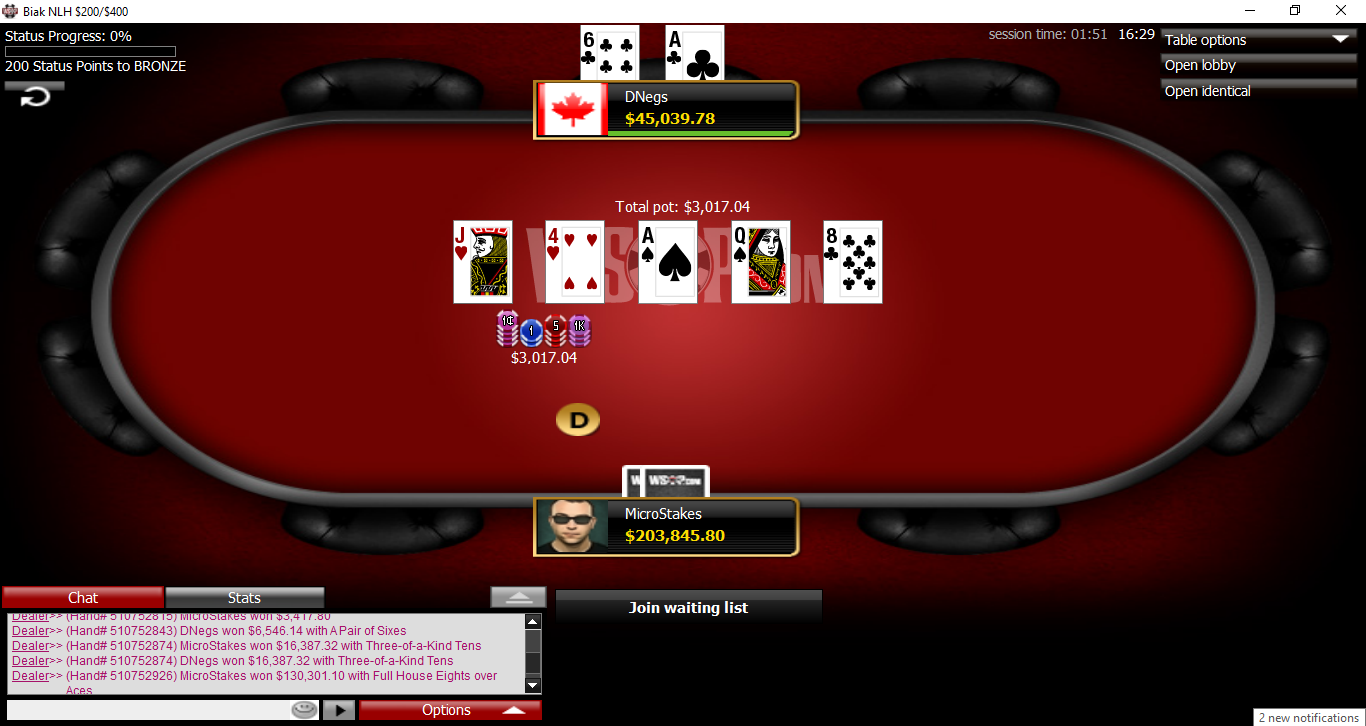 On Friday, they began the online portion of the challenge, and played for almost exactly two hours. Playing two tables at a time, the poker pros completed 424 hands during the session for a total of 624 hands overall. Negreanu opened the match with a $116,500 victory Wednesday at the PokerGo Studio in Las Vegas.

Polk came back on Friday and turned a $218,292 profit. He now leads the challenge by $101,792. That’s the equivalent of just over 2.5 buy-ins ($40,000 each), or about $16,965 per hour (they’ve played approximately six hours so far). The YouTube personality and retired poker pro is winning about 42 big blinds per hour thus far, but we’re still way early in the match — only 2% of all hands have been completed. Those stats are sure to fluctuate over the coming weeks.

Deck Smacks Polk in the Face

Polk is one of the best heads-up No-Limit Hold’em players ever, so it’s almost impossible to beat him when he’s catching cards, as he did on Friday. Even he admitted so much afterward. He also played his usual solid, fundamentally sound poker.

“Felt good today. Obviously ran hot in some important spots. Much happier to be back on the online felt,” Polk wrote on Twitter shortly after the session.

Negreanu made some questionable plays, but a big part of the reason he lost stacks was due to Polk hitting monster hands at the right time. In one hand, Negreanu held pocket nines on an 8-9-10 flop, and was coolered by the J-7. The board didn’t pair on the turn or river, so he lost a full buy-in on that hand.

In another big pot, Negreanu shoved with a flush draw up against two-pair and didn’t hit. In yet another hand, he flopped two-pair and lost to a runner-runner bigger two-pair. Those three pots were crucial to Polk’s massive win on Friday.

Negreanu simply couldn’t win a big pot. To Polk’s credit, he found a way to get paid off on many of his big hands, including pocket aces on an 8-4-8-8-9 board up against his opponent’s 9-7. The cards clearly favored Polk during the first online session. We’ll see if that keeps up during the coming days.

Luck never gives; it only lends.

wish it wasnt true , but D Negs has no chance !