Doug Polk is starting to run away from his opponent, Daniel Negreanu, after yet another dominating performance on Day 11 of the heads-up poker grudge match. 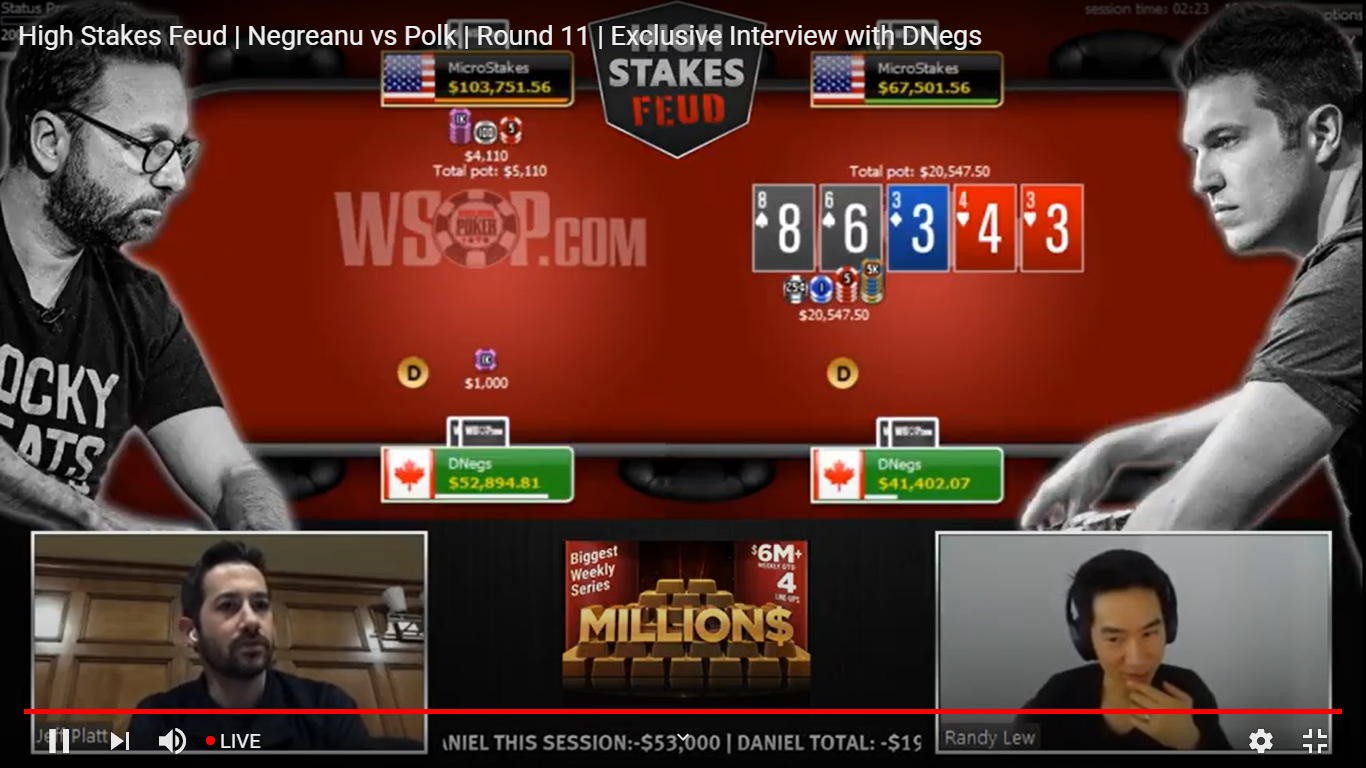 Negreanu surprised many poker fans with his competitive performance through eight sessions. But over the past three days — more than 1,500 hands — the GGPoker ambassador has been completely dominated. Part of that dominance is due to Polk getting lucky. Some, however, has been the result of Polk outplaying Negreanu, and getting maximum value with his monster hands.

With Wednesday’s two-hour session included, Polk has now turned a six-figure profit in three straight sessions. Negreanu remains confident in his play and said in his post-game interview on the GGPoker YouTube channel that he’s run terribly throughout the match. He might be right, but Polk has also effectively taken advantage of Negreanu’s loose river calling strategy. So, luck hasn’t been the only factor in the current results.

Can Negreanu Compete with Polk?

Heading into the Thanksgiving break, Polk appears destined to destroy his rival. But Negreanu still has plenty of time to turn it around and get back into this match.

Play was competitive early on, but Polk slowly but surely grinded his way to about a $50,000 advantage 90 minutes in. Then it all came crumbling down for Negreanu, who fell apart late. Polk picked up quite a few big hands and found ways to trick his opponent into bluffing into those some of them. As a result, Negreanu lost around $60,000 in the final 30 minutes, a rough way to end an otherwise fairly competitive match.

In the end, Polk won just under $120,000 for the day in just a shade over two hours. He now leads the overall competition by $265,000 with a bit less than 7,500 hands (at least) remaining. The long-time feuding poker pros will take a break for Thanksgiving and then return to the virtual felt on Saturday at 2:30 pm PT for Day 12.