On Day 10 of his challenge with Daniel Negreanu, Doug Polk ran red hot yet again and now leads the heads-up poker match by six figures. 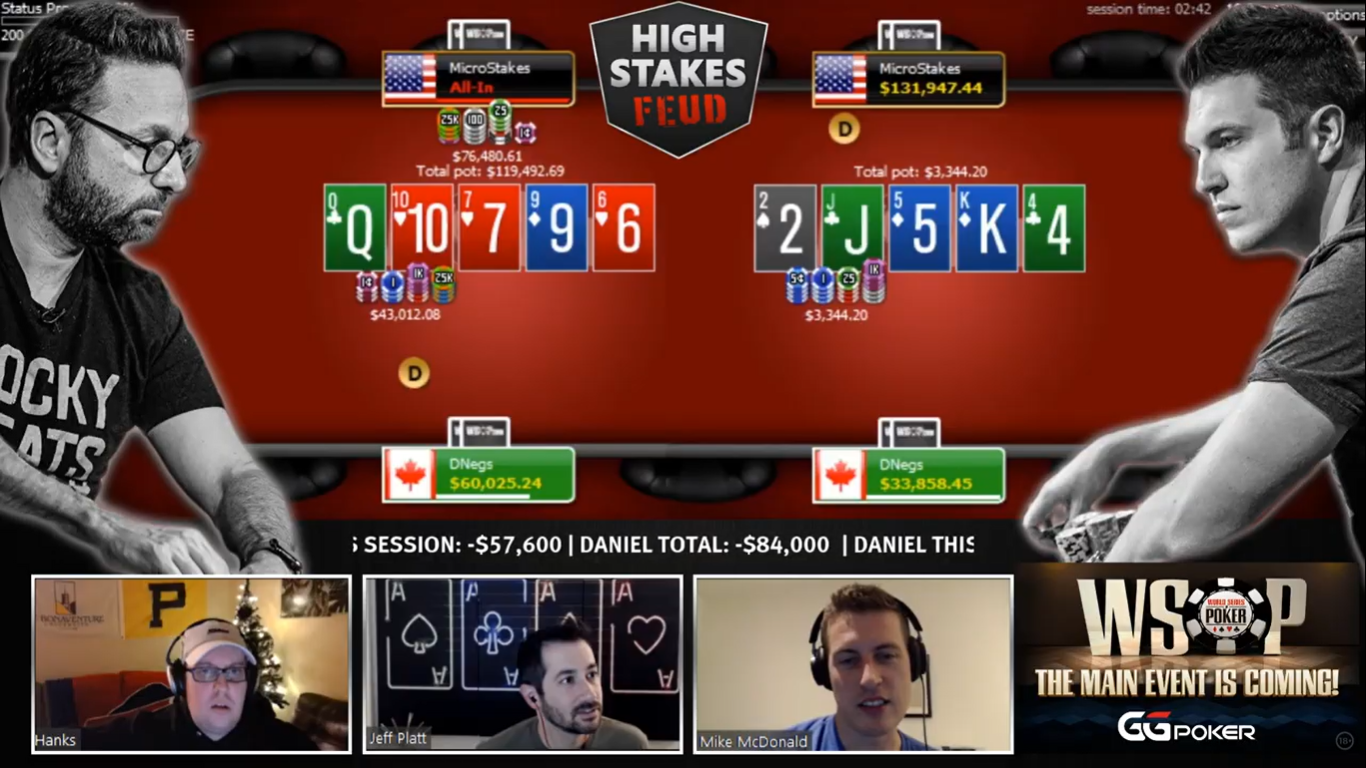 Polk even got lucky in a hand in which he also got unlucky. In the hand in question, both players turned a diamond flush, although Negreanu had Polk who had a queen-high flush, crushed and in a world of hurt with a king-high flush. Then, a fourth diamond landed on the river, saving Polk an extra $25,000 in a pot where he still lost $50,000.

A big part of the challenge through 10 sessions has been how pure Polk has run in all-in pots. According to Corey Steel (@CoreySteel_ on Twitter), Negreanu entered Monday’s session down $115,000 in expected value on all-in bets with cards still to come. On Day 10, there weren’t any hands with an all-in and call with cards to come.

On Day 9, Polk ran red hot and dominated from start to finish, ending with a $205,521 profit over 377 hands. That put the Upswing Poker founder back in front by just $26,000. He backed the truck up once again on Monday although, as GGPoker YouTube commentator Brent Hanks said multiple times during the live-stream, Negreanu was competitive for much of the session.

As we’ve seen through 10 sessions, Polk’s over-sized bets sometimes work and, at other times, Negreanu picks off his bluffs. On Monday, Polk made a killing firing off large over-sized bets and check-raises on the river. Negreanu, in many of these situations, called and lost to a better hand.

But he wasn’t calling off light every time he lost a huge pot to an overbet on the river. Early in the four-hour session, the longest session thus far, Negreanu turned the nut straight only to lose an $80,000 pot to a rivered full house. That was a sign of bad things to come for the GGPoker ambassador, who battled hard and led by around $30,000 through the first couple of hours.

Then it all came crumbling down and Polk began to take over the match. In multiple spots, Polk check-raised 5-7 times the size of Negreanu’s bet, forcing a fold. Perhaps out of frustration with the bets, Negreanu finally made the call in one pot in which Polk raised a $3,600 bet to $22,000, only to find out the Upswing Poker founder flopped trips, which took down the pot.

In total, the apparently no-longer-feuding poker pros who have been surprisingly cordial throughout the match, have played at least 18% of the challenge, and even more than that if it only goes 12,500 hands. Polk won approximately $117,000 on Monday and now leads the overall challenge by around $141,000.

That lead is the equivalent of about 3.5 buy-ins, so it’s still anyone’s ballgame.