Daniel Negreanu’s winning ways against Doug Polk came to a screeching halt on Friday. The GGPoker ambassador not only lost more than $200,000 over two hours, he lost his grip on the overall lead. Even so, he’s only down a small bit. 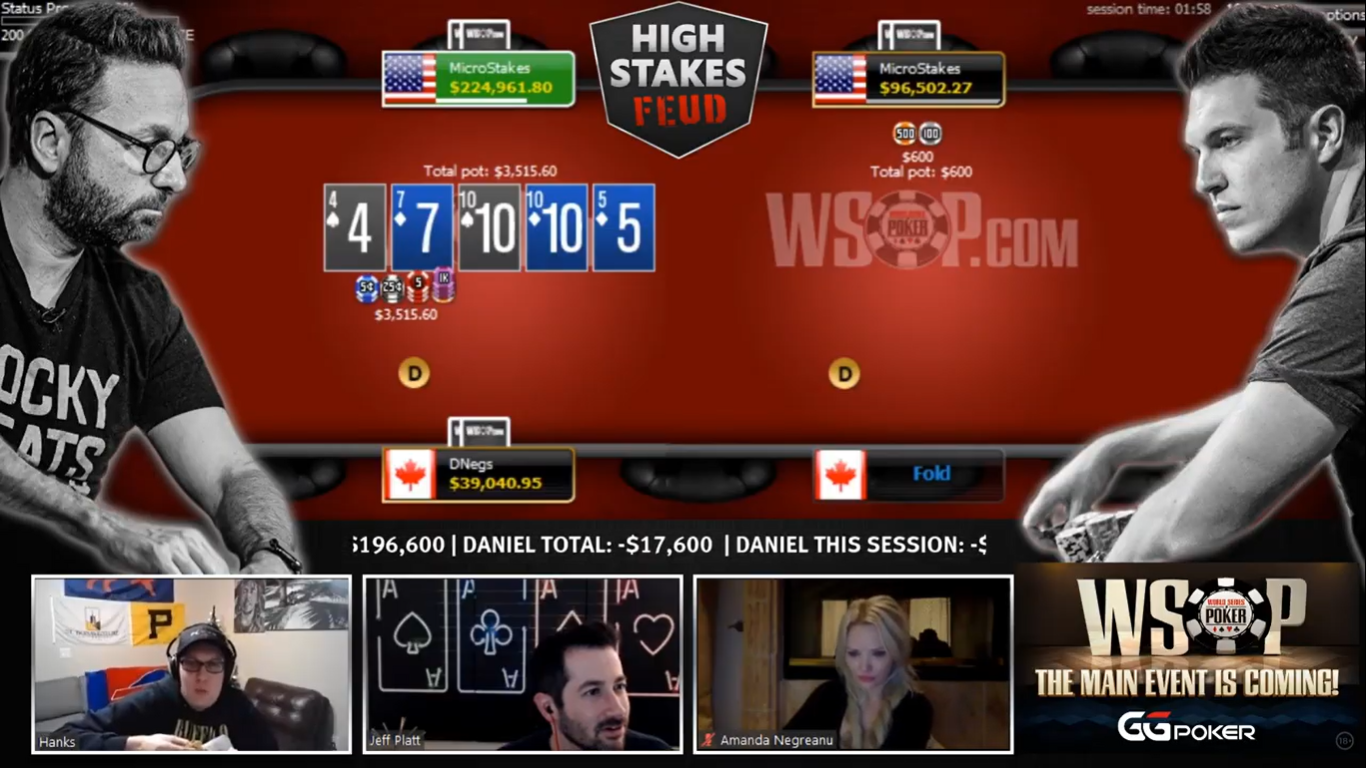 Negreanu opened the challenge with a six-figure win on PokerGo during the only live poker session. As soon as the competition shifted to the internet on WSOP.com, Polk took over and crushed it for a $387,000 profit over two days.

Then, the former PokerStars ambassador flipped the script. He went on to win four of the past five sessions and was up $179,363 heading into Day 9 on Friday. Heads-up poker at high stakes is a wild and crazy game, however. So, during Friday’s match, Polk flipped the momentum back in his favor with a dominating performance leading to a resounding victory.

The swings in this match have been massive, as many expected, but that’s the nature of heads-up No-Limit Hold’em. Despite his rough session, Negreanu said in his post-game interview on the GGPoker YouTube channel that he’s still just as confident in his ability to win this challenge as he was before it started.

As for the Day 9 session, he said he “played pretty well, all things considered.” The GGPoker ambassador claims the difference in the match “was a ton of coolers.”

Polk also came on the post-game show with Jeff Platt and Brent Hanks. He gave some surprisingly positive words about the poker player he’s verbally attacked for years. The Upswing Poker founder even said that he gained respect for Negreanu for taking on such a difficult challenge, and that he told Negreanu that he went too far with some of his attacks on the former PokerStars ambassador.

“It was good that I finally got a win after a little bit. It’s anyone’s game at the moment,” Polk said after the Friday match.

Polk put on quite a poker clinic on Day 9. His massive river bets paid off greatly throughout the session and didn’t once lose a huge pot in two hours. The poker pros are taking the weekend off and then will be back at the virtual felt starting on Monday.

Hello, I’d like to know how many hands have Doug and Daniel each won ? what is the avg pot size ? how many pots over $20k have each of them won ? I’d predict that Doug will win the most hands but the big pots will be evenly split and so the match result will likely swing to and fro with Doug being the final winner unless Daniel can defeat the law of average.