Daniel Negreanu had yet another impressive session in his grudge match against Doug Polk, extending his lead even further. 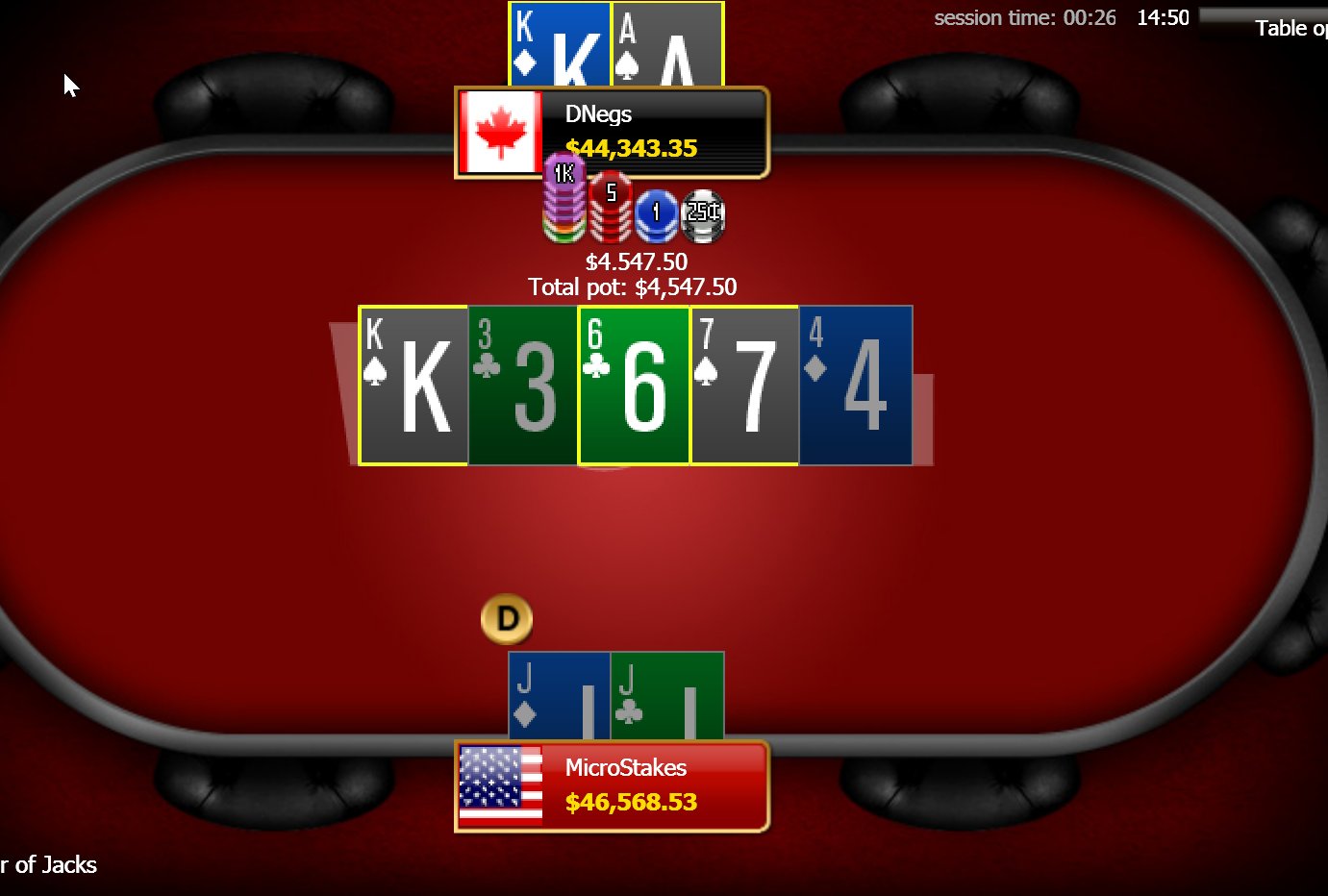 Thursday’s session was quite competitive and there weren’t many massive pots. Early in the match, the poker pros traded jabs, with one player winning a sizable pot and then shortly after, the other returning the favor.

Polk didn’t turn a profit, though he found some more success with his over-sized river bets than he did on Monday. During that Monday session in which Negreanu booked a $222,000 win, Polk lost most of his money due to some ill-timed big bluffs. That wasn’t the case on Day 8, and it led to a much smaller defeat.

If you thought Polk was going to run roughshod over Negreanu — and many of you did — you were dead wrong. The GGPoker ambassador has now won four of the past five sessions. He’s also in the lead by a relatively large amount, although Polk’s deficit is far from insurmountable.

On Thursday, Negreanu again busted out to an early lead, but he wasn’t able to sustain that advantage for the entirety of the day (about two-and-a-half hours). In the end, he booked a small-ish win of $24,146, bringing his overall lead to $179,363.

Despite having lost four of the past five sessions, Polk’s confidence hasn’t diminished. The heads-up No-Limit Hold’em legend even criticized Negreanu’s pre-flop strategy.

I'd say time will tell but maybe it already is

Poker pro Faraz Jaka questioned why Polk made the above comment. He wrote: “Why expose opponents leaks or communicate what you think are leaks to him. Isn’t that only going to hurt your edge? Genuine question on why you think it wouldn’t matter.”

The feuding poker pros have remained cordial, for the most part, since the match began two weeks ago. They’ll be back at it again Friday at 2:30 pm PT for Day 9.

polk + his oversized ego seem to have forgotten rule #1 : dont knock on the aquarium . of course maybe the second rule is in play, ‘if you cant spot the fish at the table its you’ !