Former World Poker Tour champion Dennis Blieden was sentenced on Wednesday to 79 months, or more than six-and-a-half years, in prison for embezzling more than $22 million from a digital marketing company. Blieden pled guilty in 2019 to charges of wire fraud and aggravated identity theft in connection with funds stolen from California-based StyleHaul, where he worked as the controller and vice president of accounting and finance from October 2015 to March 2019. 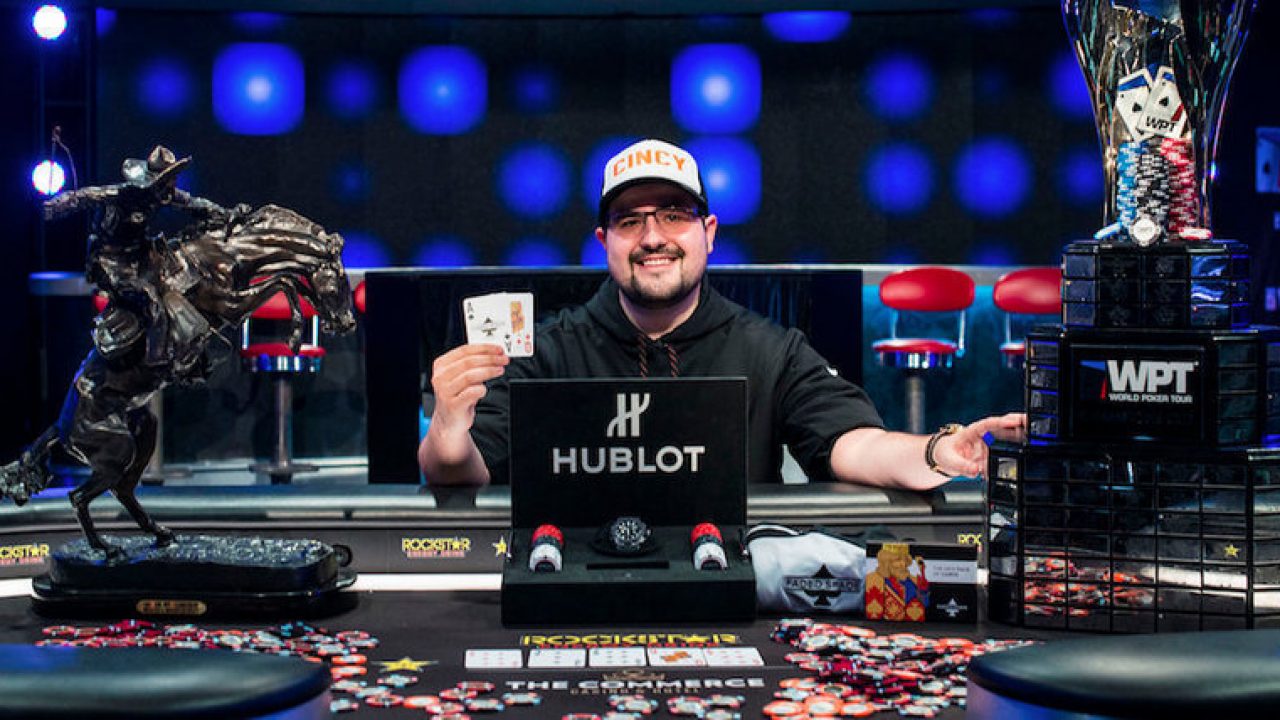 Dennis Blieden collected $1 million and a “Remington” for winning the 2018 WPT LA Poker Classic, but he had already embezzled at least $15 million from his employer at the time of his win. (Image: worldpokertour.com)

Investigators determined Blieden used most of the stolen funds to play poker, both live and online, and to fund several cryptocurrency accounts. In the years before his arrest, as he sought acceptance in the high-stakes poker community, he had written more than $1.2 million in personal checks to other poker players with money that originated from his fraud within StyleHaul.

Blieden faced a sentence of up to 22 years, based on the 2019 plea deal. Central District of California judge André Birotte Jr. issued the lesser sentence to Blieden on Wednesday after Blieden’s initial March 2020 sentencing date was pushed back on multiple occasions. Blieden was also ordered to pay nearly $22.7 million in restitution to the victims of his fraud. StyleHaul, the digital marketing and influencing company where Blieden worked, relocated from Los Angeles to London in the wake of his arrest, though it folded entirely just a few months later.

In a handwritten, 14-page, pre-sentencing letter sent to Judge Birotte, Blieden blamed his crimes on a deep gambling addiction, the roots of which were established in early childhood. “At the age of three,” he wrote, “my father taught me how to count using the game of blackjack, and my brother and I would spin the dreidel for chocolate gold coins.”

Blieden claimed he first started gambling for real money around age 13 when he played poker with his brother and father for his allowance money. “I instantly fell in love with the game,” he wrote. That led to after-school Texas hold’em games with his brother and their friends.

Blieden’s father’s willingness to teach him poker began to backfire at age 17 when Blieden admitted to stealing his parents’ credit cards to fund online poker accounts. “I, without permission, took my parents’ credit cards and deposited money. I inevitably lost, then did it again,” he wrote.

“It created a lot of animosity with my parents, and they canceled the cards and hid the new ones. So I had to find other ways. I found prepaid Visa debit cards that you could load cash onto at gas stations and used this to fund my online gambling.” Blieden claimed he raised his stakes after the rare occasions he won, and ultimately lost it all, meaning the thousands of dollars he earned as a busboy during his last two years in high school.

The behavior continued into Blieden’s college years where he managed to graduate from Ohio State, although deeply in debt and with an amphetamine addiction from staying up all night playing online poker while also working to graduate. After graduating, he wrote, he moved to Los Angeles and fell even further into gambling-related debt. His parents bailed him out of that situation on the condition he received treatment for gambling addiction, which Blieden began, but soon quit, while lying to his parents.

Blieden also claimed to have idolized the poker pros he often watched on TV. His own earlier debt problems eased when he was able to make large profits investing in cryptocurrency, and it allowed him to try a “childhood dream,” meaning playing against the pros he watched on TV. “I was able to make friends in the high-stakes poker community,” he wrote, “not for my skill set playing cards, but for my knowledge and success in the crypto space.”

Blieden’s gambling losses far outstripped both his $65,000 salary at StyleHaul and the even larger amounts he made as a crypto investor, which led to his scheme to defraud his employer. When Blieden won the 2018 WPT LA Poker Classic and its million-dollar first-place prize, his debt situation was already far out of hand; an internal investigation memo from the case declared he had embezzled $15 million from StyleHaul in 2017 alone.

Worse, from Blieden’s viewpoint, the 2018 WPT win just made him want to gamble bigger. He wrote, “I was now outwardly validated within the poker community and from my peers as being a professional gambler, so I did everything I could to keep that reputation alive.” Blieden began playing in the “largest possible buy-in games,” both online and live, including some nosebleed private games on the West Coast.

“I was chasing my debt,” he wrote, “but also attempting to keep up with a lifestyle that was a lie.” That lifestyle crashed when Blieden was arrested in September 2019 for his massive thefts from StyleHaul.