Since its launch in 2013, the Delaware internet gaming market has experienced a bit of a rollercoaster ride. 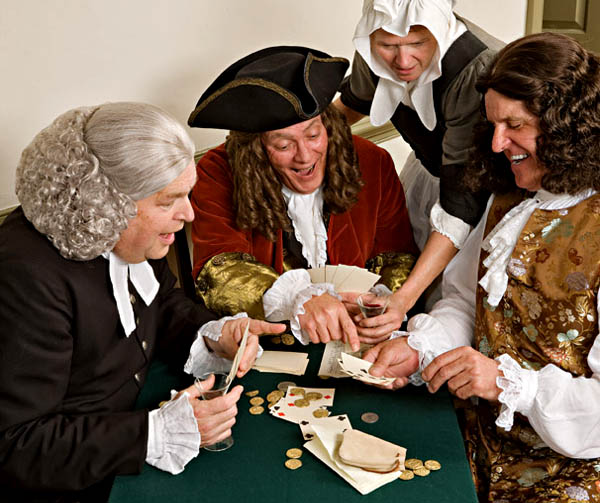 Gambling in Delaware goes back 250 years, but March 2017 was not a month that will go down in history for great online revenues. (Image: history.org)

According to the numbers, $8.03 million was wagered in March, which was a four percent year-on-year decrease. That generated a net revenue of $151,811, which was down 42 percent compared to the same period last year.

The leader in the state’s internet gaming market, Delaware Park, actually saw wagers increase 18 percent to $5.59 million, but despite that, their net revenue fell 49 percent to $76,449.

That was due in large part to video lottery revenue dropping 43 percent, though the 59 percent drop in table games and 34 percent in poker both contributed.

Delaware’s other leading operator, Dover Downs, experienced the biggest year-on-year decline in March. It accounted for just $20,715 in net revenue, down 76 percent. As for the third operator, Harrington Raceway, it actually experienced growth. Video lottery intake increased 85 percent and helped the operator more than double its net revenue to $54,647.

Can the Ship Be Righted?

The best way for Delaware online gaming operators to get things back on track will be to bring in more players.

In March, there were just 252 new player registrations (99 from Delaware Park, 97 from Down Downs, and 56 from Harrington). However, with a population of less than a million in the First State, drawing in new customers may prove to be a challenge.

Currently, operators seem to be trotting the traditional path of offering sign up incentives. On the Dover Downs website, online casino patrons can get a “Welcome Offer” of up to $110, while first-time poker depositors can receive a welcome bonus of their own. Both Delaware Downs and Harrington Raceway offer similar bonuses.

Unfortunately, further marketing ploys by Delaware’s internet sites seem to be nonexistent, and in reality, may not be in the cards. Unlike their New Jersey counterparts, who cater to nearly nine million residents, Delaware operators are disadvantaged by population, revenue, and opportunity.

While New Jersey operators have made big splashes when promoting iGaming, such as partypoker entering partnerships with major sports teams like the Philadelphia 76ers and New Jersey Devils, Delaware has barely dipped a toe into the pond. Not only does the state lack major sports teams, its gaming operations, and especially its poker offerings, don’t benefit from the name recognition of established brands like partypoker or PokerStars.

However, the state’s online gaming does have one thing working for it that bodes well for the future of online poker. Unlike New Jersey, the market isn’t segregated, as Delaware previously entered into an interstate compact with Nevada.

The online poker market in the United States has developed much more slowly than expected in the six years since Black Friday, but if states like Pennsylvania, New York, and Michigan do legalize soon, Delaware will be in position to partner up.