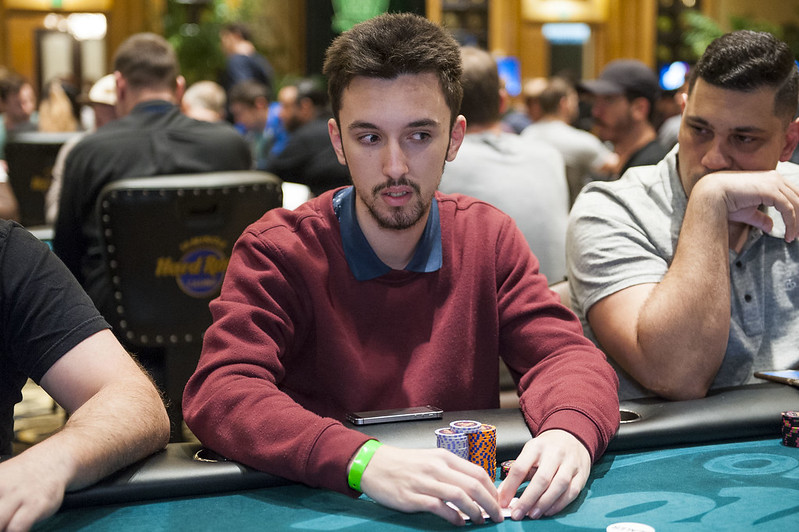 In addition to becoming the first EPT Online champion in history, Laka added to his $1.6 million career earnings by securing a $143,567 payday.

EPT Online Off to Strong Start

The opening day of action saw the three EPT Online events get underway. Day 1 of the $1,050 Arena Championship kicked things off just after midday.

Next up was the $10,300 Pot-Limit Omaha High Roller. 39 players anted up at the start of play and, with a $500,000 guarantee and an EPT Online title up for grabs, 31 rebuys were made before registration closed. That means the final seven will win the lion’s share of $700,000 later today.

Event #3 rounded out the opening trio of tournaments. The line-up was, as expected, a tough one as 131 total entries were added to the pot. This meant Laka, aka MonkeyBausss, had to get past the likes of Parker Talbot, Chris Oliver, and Jon Van Fleet to win the title.

And get past them he did. With those pros sent to the sidelines, Laka dispatched with Artem Vezhenkov in third place to take the lead against Pascal Lefrancois.

Lefrancois was the more accomplished of the two pros before the tournament started. With both WSOP and WPT titles to his name, he would have been the favorite on paper had everything been even. 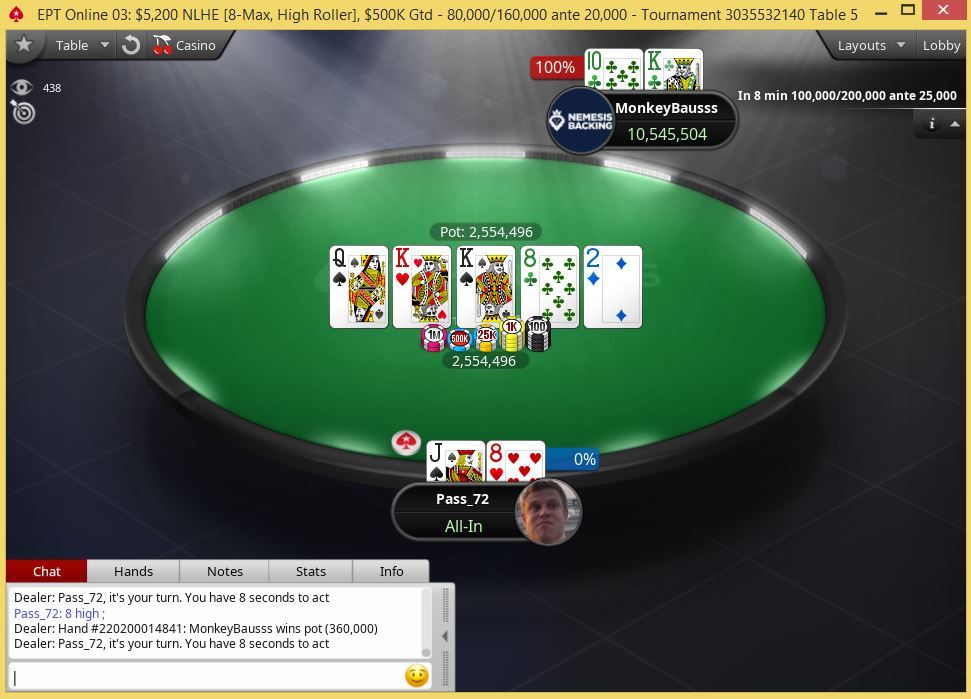 As is often the case in poker, things weren’t even, as Laka had almost 6X more chips than his opponent. This allowed him to push the pace and claim the title just five hands into heads-up play.

Lefrancois shoved from the button with J♠ 8♥ and Laka called with K♣ T♣. The Q♠ K♥ K♠ flop left Lefrancois with little way back and, after the 8♣ and 2♦ fell on the turn and river, that was all she wrote.

The win marked Laka’s first EPT title. Although it may not have come in the way he would have expected, it’s a major milestone, nonetheless.