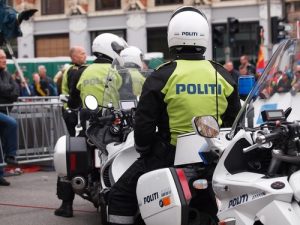 Police are investigating the case of a high-stakes Danish online poker player who allegedly stole millions of euros from other players, reportedly by installing a Trojan horse program. (Source: GFI.com)

The Danish online poker market is suffering a serious blow after a poker player in Denmark was accused of committing online fraud.

A group of Denmark’s high-stakes online cash game players notified the country’s Economic Crime Department centered in Copenhagen of the suspected fraudulent activity. The group of players named a fellow high-stakes player they had suspected of installing a Trojan horse program on their computers and cheating them out of money.

The victims claim they have been defrauded out of several million euros worth of winnings from the suspected and as-yet-unnamed player. Reports also suggest that the Trojan horse program may have been used for nearly nine years before it was discovered by players.

All that Danish police commissioner Torben Koldborg Frederiksen told local press to date was that the suspect was a 32-year old poker player. Charges were filed in October of this year with investigations currently underway, with some non-Danish high-stakes players also reportedly involved. Two players have been charged with committing the alleged computer fraud, but their names are being protected by the courts.

One victim spoke to the Danish news site MX.xk about how he became suspicious that his computer was being tampered with. After finding that his computer had been restarted while out of the house, the victim checked the surveillance cameras in his home. It was then he found out they had been switched off for 15 minutes earlier the same day, bringing suspicion that his house was broken into and a Trojan horse installed on the computer.

No official report has been given by the Danish courts on how the fraud was committed, but it could be a large blow to the online poker market.

Some reports suggest that the perpetrator could see the hole cards of high-stakes players while playing against them on different sites. Speculation is also arising that the player could have received help from someone in the Danish police department, as they often create Trojan horses to spy on the computer activity of potential criminals.

While the official names of any suspected players have yet to be released, it hasn’t prevented online poker forums from speculating their true identity. According to a report from iGaming.org, the perpetrator is a famous Danish high-stakes player at some of the biggest online cash games and has won a European Poker Title. iGaming claims to know the name of the player, but is not disclosing it due to the fact that the alleged culprit has not yet been charged.

PNN.dk, a Danish online poker news site, issued a statement from the perpetrator’s lawyer, saying that the client denies any charges and that the lawyer does not see any case of cheating and that the allegations are completely baseless. Of course, what else would a defense attorney say.

Connections are also being made on poker forums to previous instances of fraud throughout numerous high-stakes online games.

One such story involved reports of Peter Jepsen and Robert Flink allegedly cheating Viktor “Isildur1” Blom out of $800,000 by letting Flink play on Jepsen’s account. Though the money was returned to Blom, the story is of interest because Jepsen is a Danish player who has won a European Poker Tour title and is 32 years old. Further tying him to the current case is that Jepsen had previously written about having a friend in the police’s IT department who also looked into suspicious sites.