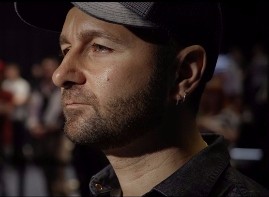 Daniel Negreanu makes it onto Netflix in a documentary that could create a mini poker boom. (Image: pokerstars.com)

Daniel Negreanu is now a Netflix star thanks to the release of a new documentary about his life as a professional poker player.

Produced by PokerStars and promising to offer a candid look inside the “weird and wonderful” world of high stakes poker, the 89-minute documentary is shown through the eyes of the game’s most famous pro.

Since the initial showing in December 2015, interest in KidPoker the documentary has grown and as of June 1 it was put on general release by Netflix.

Now available to subscribers in the United Kingdom, Ireland, USA, Canada, Australia and New Zealand, the movie is a chance for the general public to learn more about Negreanu and the poker world.

According to the movie’s blurb, viewers are taken on a journey through Negreanu’s childhood in Canada to the first time he sat down at a poker table.

Featuring footage of his most memorable achievements in poker, the documentary is much of a tale of victory against the odds as it is a look at what it takes to be a professional poker player.

“This is a story of clear intention and determination, in that the odds were stacked against me, especially in the early years. I want this to be an inspirational film, so that when people watch it, they feel they can get back on the horse and pursue their dreams too,” said Negreanu.

While the movie will no doubt go down as one of Negreanu’s biggest achievements, it could also prove to be a huge boost for the poker community itself.

Netflix currently has more than 80 million subscribers worldwide and with many of those subscribers residing in countries such as the UK, US, and Australia, the poker industry should receive a huge amount of exposure in the coming months.

Although KidPoker doesn’t have the same sort of appeal that Chris Moneymaker’s story did, it certainly contains enough trails, tribulations and moments of victory to inspire a novice to ante-up.

Naturally, the chances of this documentary sparking a major poker boom are unlikely. However, if it can push the game into the spotlight and, at the very least, highlight the skill aspect of the game, there’s every chance it could have a positive impact on the industry in the coming months.

I’ll definitely have to watch this.