Poker pro Daniel Negreanu is all-in on the Andrew Yang for president train. The GGPoker ambassador – and, wow, does that sound strange to say – will host a fundraiser that includes a poker tournament in Las Vegas to support the Democratic hopeful who recently voiced support for online poker legalization nationwide. 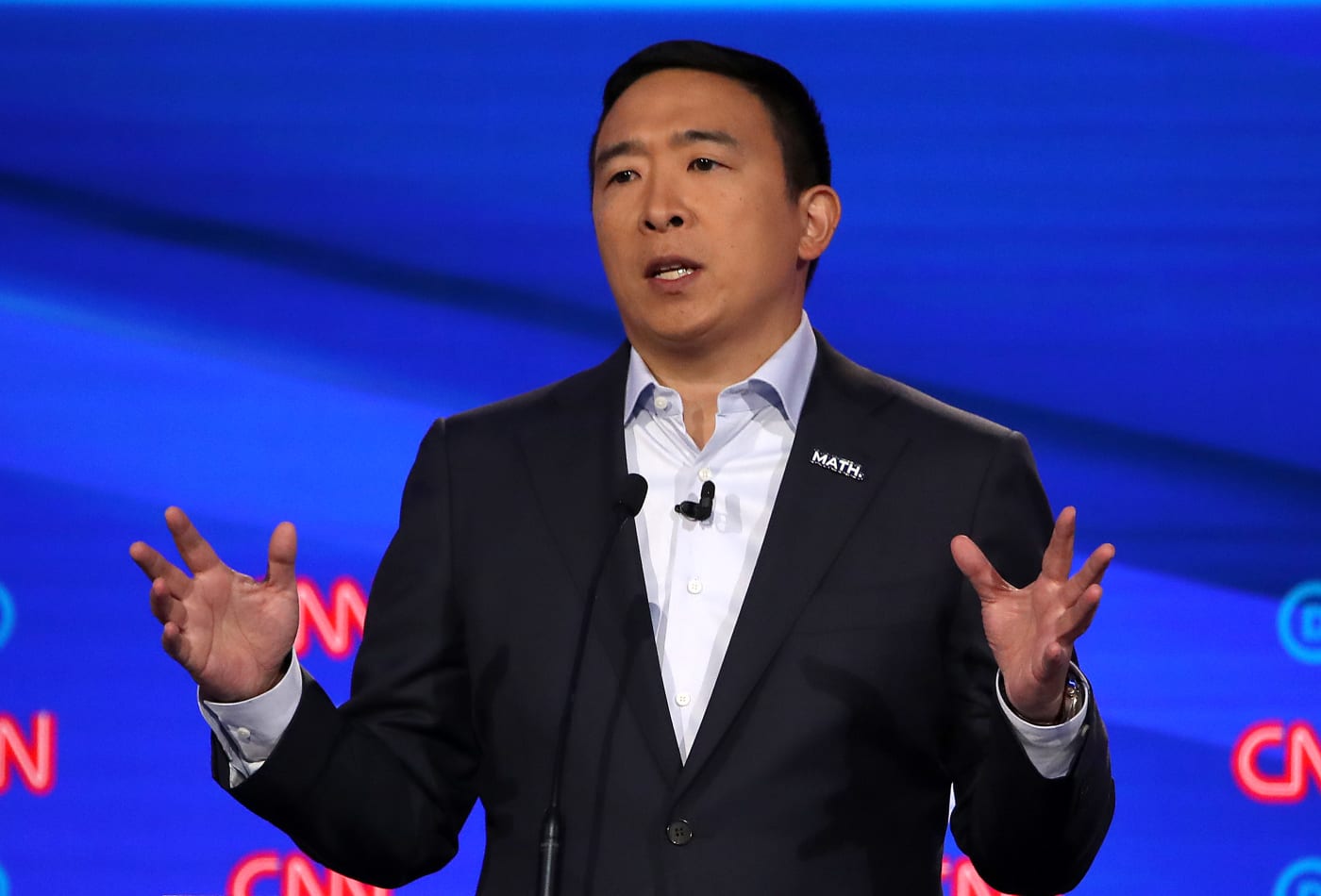 Daniel Negreanu hopes Andrew Yang will bring online poker back to the US. (Image: CNBC)

Lena Evans, founder of the Poker League of Nations, the world’s largest women’s poker organization, will co-host the event with Katie Kalvoda on Dec. 15 from 6-11 pm at the Mosaic Theater in Las Vegas.

Evans, CEO of Helix Poker and principal of the poker hand tracking app, Poker Elephant, has been a political fundraiser for more than 30 years. She served on the national finance team for Hillary Clinton’s 2016 campaign. In November, she hosted a political rally in Las Vegas for Yang.

Negreanu has a vested interest in the future of online poker in the United States. He’s also a staunch liberal who despises the current White House occupant, Donald Trump. So, naturally, he sees Yang as the best candidate to become the next president of the United States.

Negreanu recently joined GGPoker as an ambassador, just six months after leaving PokerStars. GGPoker isn’t available in the US, much like most poker sites. Currently, only four states have legal online poker — Nevada, Delaware, New Jersey, and Pennsylvania.

Yang, who is polling well behind his fellow Democratic candidates, recently tweeted that online poker should be legal in all 50 states. Many in the poker community then announced on social media that Yang had their support.

The only problem is Yang, a successful entrepreneur who proposes a plan that would pay all adults an income of $1,000 per month for life, is trailing the Democratic front-runner, Joe Biden.

Poker Players to the Rescue?

Yang needs help if he’s going to gain some traction and, eventually, win the Democratic nomination. That’s where Negreanu and other poker players might be of assistance.

On Dec. 15, Negreanu will co-host a fundraiser to support Yang’s candidacy. Yang’s donations pale in comparison to his competitor’s, the self-funded Tom Steyer, Joe Biden, Bernie Sanders, and Elizabeth Warren.

The event includes a cocktail reception from 6-8 pm, with donations of $300-$1,000 required for admission, and then a high-roller poker tournament at 8. Tournament admission costs $2,800 with the proceeds going to the Andrew Yang campaign. Winners will receive prizes including a VIP experience with celebrity DJ Steve Aoki, RunGood Gear premium swag, a private poker experience with pros such as Dutch Boyd, Antonio Esfandiari, and Jeff Madsen, and a day on poker player Bill Perkins’ yacht in St. Thomas. Perkins recently announced his support for Yang, which we reported here at CardsChat.

Boyd, Esfandiari, Madsen, and other prominent poker pros are expected to make guest appearances at the event. Supporters of the #YangGang can sign-up early for the fundraiser, or donate to the campaign at this link.

At a recent campaign rally in Las Vegas, moderator Lena Evans posed a question about online poker to Yang.

“You recently stated that you’re in favor of legalizing online poker. What made you come to that decision?” she asked.

“We should legalize online poker,” Yang responded. “Does it make sense to have online poker be legal in four states and not others, and all the people we know who are gambling anyway have to go to offshore sites that are shady and don’t have various consumer protections, and the revenues flowing offshore. That does not make any sense. There are ways we can fix things, big and small.”

Yang’s argument is similar to that of many in the poker community. We just need someone in the highest office in the land to encourage Congress to take action. Perhaps, Yang is the man to make that happen.

I fully support legalizing poker throughout the United States, but Perkins and Negreanu are backing the wrong horse. Yang is very far left and his socialist vision for America puts eliminates him as a serious threat to win the nomination, much less beat a very popular (despite mainstream media efforts) sitting President. If you want to make a serious effort to legalize online poker in the US, you need to talk to viable candidates, not only for President, but for Congress, because Congress is the branch that actually MAKES the law. I think there are a lot of people who do not understand this basic civics lesson because the power of the President has been enlarged throughout history, but the POTUS actually has very limited powers and this is not an issue that he can fix with an executive order. He can use his authority over the Justice Department to NOT enforce their current interpretation of the Wire Act and he could direct them to revise their position, but he cannot unilaterally change the law. That takes an act of Congress. So, for those of you who want to see online poker legalized in the US, you should start lobbying your Congressional Representatives in the House and Senate at both the State and Federal level.

Fuvk Danny. You hate this country? Move the fuck out. MAGA 2020

helping raise funds for a candidate in the American election process sounds like the opposite of hating this country. it seems more like participatory democracy.