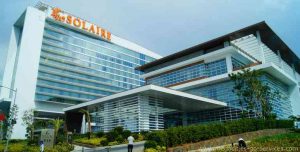 The new home of the big game: Ivey, Cates and Dwan have been in Manila playing for silly money. (Image: city-data.com)

Daniel Cates took to Twitter over the weekend to express his mild annoyance at dropping $5 million at the high-stakes cash games taking place in Manila, Philippines.

That’s the spirit Dan, take it in your stride.

Yes, it seems that the fabled big game has relocated to Manila, and it makes sense.

The same Chinese high rollers who once descended on Macau, lured by the prospects of VIP junkets and wild times, are now seeking alternatives, beyond the reach of the meddling government in Beijing.

Over the past year, Macau has been a focal point of President Xi Jinping’s anti-corruption offensive, an unprecedented crackdown on money-laundering and corrupt officialdom.

Many of the VIPs living large in Macau were crooked Communist Party politicos and bureaucrats, according to the government in Beijing, and so it has clamped down accordingly, squeezing the junket operations and vowing to hunt the perfidious officials to the ends of the earth.

Suitably spooked, VIPs are naturally eschewing Macau for the Philippines, and wherever they go, the big game will follow.

Speaking to PokerNews at that event was Winfred Wu, poker player and president of the Poker King Club, which, as well as operating a poker room at the Venetian Macau, recently opened a room at the Solaire Resort and Casino in Manila.

And while it seems that things didn’t go too well for Jungleman, at least he had the good grace to broadcast it to the world, because nose-bleeders are usually a little cagey about these kind of details, especially when it comes to astronomical losses.

Still, it’s good to hear that Cates and Dwan are hanging out together, and apparently on speaking terms.

Theirs was a relationship that had become decidedly frosty since the Durrrr-Jungleman challenge fell apart just halfway through, and Cate’s recent assertion that that challenge is ready to be resumed suddenly becomes more plausible.

Cates had become increasingly bitter over what he saw as Dwan’s procrastination in the online 50,000-hand heads-up competition which the pair began exactly five years ago, but he recently took to the forums to announce it was back on and that it should be completed within nine months.

And if a chunk of that $5 million wound up in the chip stack of Tom Dwan in Manila, it might just make the second half of the challenge an entirely more palatable proposition.

does cates really have $5 million to personally lose ? or is he backed and shared by many partners ?

most probably backed by corporates .. no poker Player can boast of loosing 5 millions unless of course just to make more Money from taxreturn as he can Show he has lost the Money.. too fishy