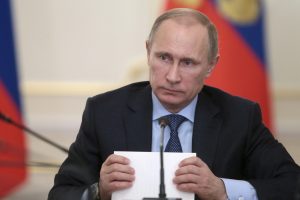 Russia may have turned capitalist some 23 years ago, but gambling is still a newer entity to the formerly Communist country. But now that Putin has appointed the latest of several official gambling zones in the controversial Crimea region, a new Crimea Gaming Congress couldn’t have been far behind. With Russia widening its doors to gambling, an event like this being organized to promote and discuss the importance of the recent decision was almost inevitable.

Moscow-based conference organizer Smile Expo has called for a meeting with figures of the gambling industry. In response, the Crimea Gaming Congress has been organized.

On August 22, operators and international investors from across the industry will come to Yalta. The event will allow these groups to discuss what kind of benefits gambling might bring to Crimea.

“We see a great desire of officials at all levels to promote the organization of the Congress, which shows the importance of the creation of a gambling zone for Crimea and the importance of this event for the business,” conference coordinator Yana Pastushko explained to PokerNews in an interview.

According to Pastushko, one of the greatest benefits of opening up gambling in Crimea is bringing revenue to the area. As a resort peninsula, millions of tourists come to the area to look for various forms of entertainment in addition to spending time on the beach. Many who frequent Las Vegas would be able to agree that gambling establishments make for a great way to spend your time.

Tourism might be a focus, but gambling could also draw large benefits for the large population of Crimean locals. The creation of gambling establishments would lead to the creation of thousands of new workplaces and jobs. Pastushko notes that Russian investment companies who see business opportunities are taking a great interest in the Crimea Gaming Congress.

Needless to say, there have been concerns that the conflicts in Crimea, Russia and Ukraine would cause tourist revenue to fall sharply over the summer, particularly in light of the recent downing of Malaysia Flight 17 by Russian-backed separatists that killed all 298 passengers and crew on board.

Deputy Finance Minister Alexey Moiseev is also making plans to be involved in the Congress. His department will be directly supervising the gambling zone’s opening in Crimea. The new law will extend to the gambling zone in the southern Krasnodar territory to cover Sochi. Casinos are likely to be built near the Olympic Village.

The other gambling zones set up were Russia’s Baltic enclave of Kaliningrad, the Far East and Siberia’s Altai territory. Moiseev’s department will also supervise the Sochi gambling zones. Investors from Russia and abroad will be able to use the event to gain information about how tax services are managed in Crimea, how licenses are acquired, business operations and more.

“We expect not only constructive and interesting speeches, but also dialogue with the participants, official statements from the authorities, proposals from the businessmen and experts to officials,” said Pastushko. “The result of the event should be a working group consisting of representatives of authorities and business.

Other officials also recognize the opportunities present in the expansion of gambling zones. Deputy executive director of the Russian Association for the Development of the Gambling Industry, Samoil Binder, sees the potential in organizing poker championships similar to what is held in Las Vegas. Pastushko feels like the upcoming event could even lead to talks of the potential for a regulated online poker market in Crimea and beyond.