The construction of Resorts World Las Vegas is set to get underway in the third quarter of 2017 according to a statement from the Genting Group. 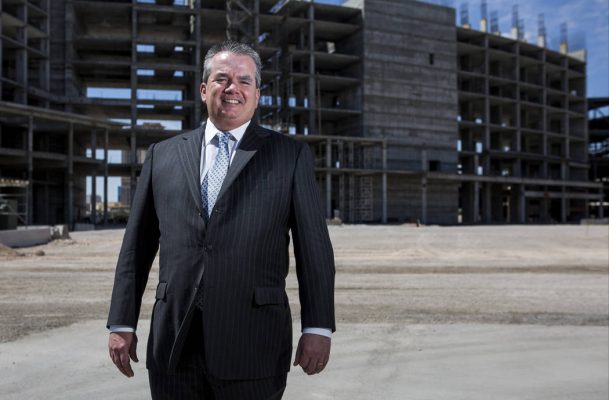 The $4 billion project is set to be the first “ground-up” resort built in Las Vegas for almost a decade, but players will have to wait until 2020 at the earliest before they can ante-up.

But following a number of delays, the launch has been pushed back again to 2020 following a review of the design.

Commenting on the hotel and casino complex on May 17, the newly appointed President of Resorts World Las Vegas, Edward Farrell, said that the new plans would appeal to a younger audience.

“The initial drawing had a lot of traditional, older Chinese architecture and elements that were within it. The company has really taken a look at the market in Las Vegas throughout the past couple of years, and it has really shifted to something that’s much more modern,” Farrell said in a statement to the Las Vegas Sun.

With the new design set, Farrell expects cranes to move in later this year and by the start of 2018 there will be 1,000 construction workers on site.

When the Asian-themed hotel and casino is finally finished, 3,000 union workers will be employed there and patrons will be able to enjoy everything from dining and entertainment to casino gaming.

As yet it’s unclear how much space will be dedicated to poker, but the Genting Group’s Resorts World in Birmingham does offer cash games and tournaments each day of the week.

In other news, PokerStars has agreed to a partnership with Genting Casino UK. The deal will see PokerStars offer online satellites for the Genting Poker Series (GPS).

This isn’t the first time the two operators have worked together, but it does mean they’ll be working together on a much closer basis in the coming months. To mark the partnership, the GPS will host four PokerStars MEGASTACK tournaments alongside its existing schedule of events.

Genting Casinos UK is a subsidiary of the Genting Group, which could prove useful for PokerStars in the future. A successful series of live events in the UK could then be replicated in the US with the help of Genting’s Resorts World Las Vegas.

With PokerStars gradually moving back in the US with its platform in New Jersey, the UK deal could prove invaluable in the long run.