Chris Ferguson made his way to King’s Casino in Rozvadov, Czech Republic for Day 1A of the first 2017 WSOP Europe event on Thursday, a €1,000 ($1178) buy-in Monster Stack No-Limit Hold’em tournament with a $500,000 guarantee. The man often referred to as “Jesus” is attempting to protect his WSOP Player of the Year (POY) lead, but some of his closest competitors also made the trip. 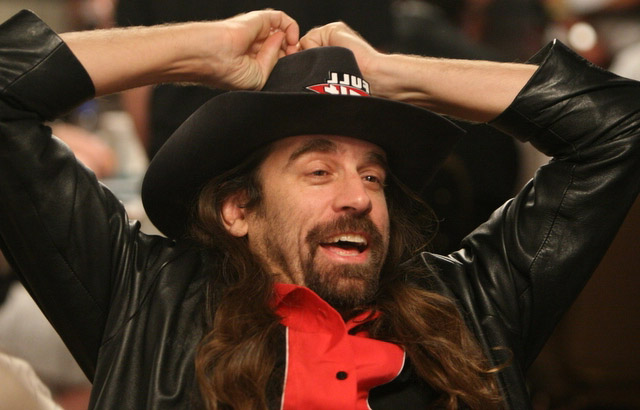 Chris Ferguson, aka Jesus, is chasing Player of the Year (POY) while at WSOPE 2017 in the Czech Republic this week. (Image: beatthefish.com)

Daniel Negreanu (717.76) set out a pre-summer goal of winning POY and is currently in 8th place. But he announced he won’t make the trip to Europe and will concede victory to another poker pro. Ditto for Monnette.

Can Jesus Be Stopped?

With Negreanu and Monnette out, that leaves just a few players with a reasonable chance of catching Ferguson. And there are many in the poker community who desperately want to see the man they feel is responsible for the Full Tilt Poker scam in 2011 fail.

Ferguson hasn’t spoken to the media since returning to the poker world in 2016 after a five-year hiatus, so it wasn’t a given he would compete in WSOPE. He arrived at on Thursday in Event #1 but didn’t last long and was one of 75 players out of 90 on Day 1A who were unable to advance to Day Two.

In this tournament, players are eligible to reenter on Day 1B and/or 1C. Jesus didn’t register on Friday for Day 1B, leaving him just one more opportunity to cash in this event, which would be his 98th career WSOP cash and 18th this year, a single-year record.

John Racener, 4th on the POY leaderboard, also was eliminated on Day 1A, but reentered the 1B session. The 2010 WSOP Main Event runner-up tied Ferguson with a record 17 cashes at the summer series in Las Vegas.

Ryan Hughes, however, made his way through Day One with 81,500 chips, a slightly below-average stack. He ranks 2nd in the POY standings, just 22 points behind Ferguson. It’s likely any cash in Event #1 would propel him ahead of Jesus, but we’ll have to wait until registration closes on Saturday before knowing for sure.

After this tournament concludes there will be 10 more opportunities for contenders to rack up Player of the Year points, including the November 4 €10,500 Main Event series finale.

Ferguson winning POY won’t sit well with many poker players, especially those who had to wait years to receive a payout from the now defunct Full Tilt Poker site. If he wins the award without finishing in 1st place in a WSOPE event, he will become the first to win POY without scooping a bracelet.

Jesus has five career bracelets, but none since winning a pair of tournaments in 2003.

why would he be wearing a hat that says “full tilt” ?
old pic for sure 🙁

and he must be living in an alternate reality where items in a mirror are closer than they appear.