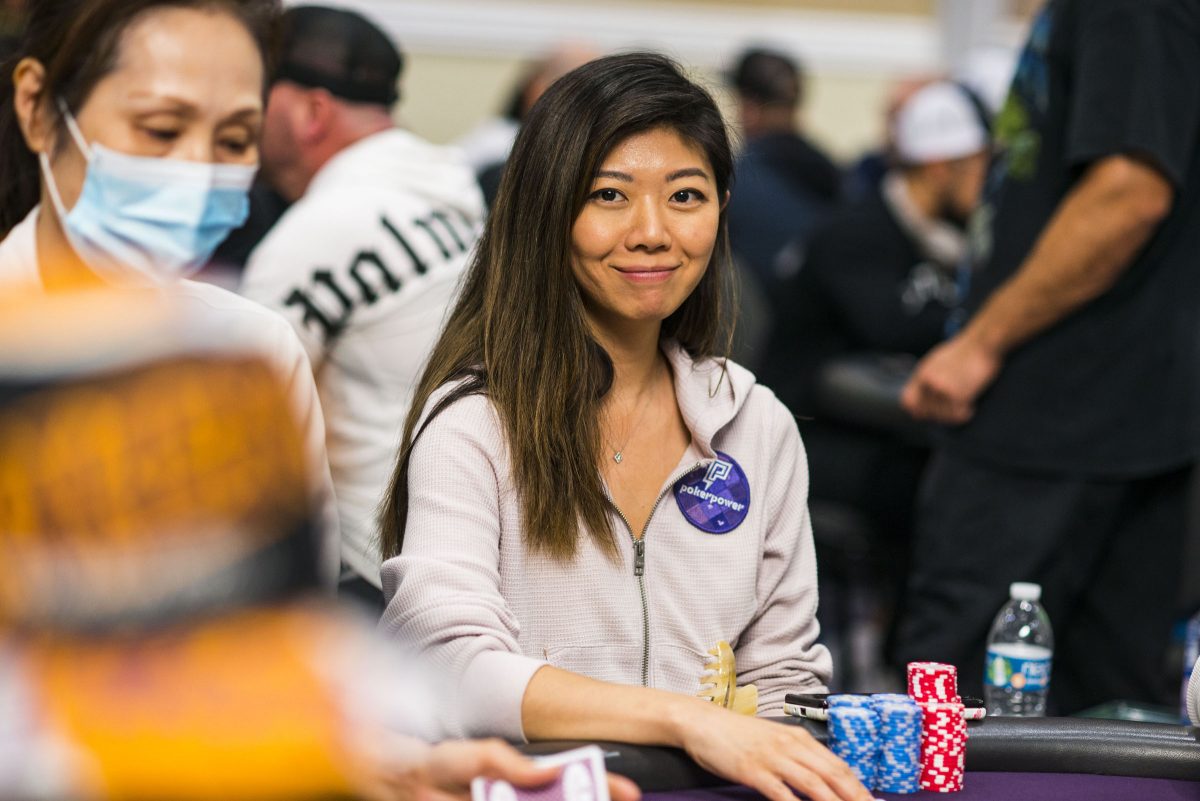 Liu, 34, spent most of her life thinking about — and playing — the game of poker, which she picked up through movies and television as a child. She has more than $2 million in tournament cashes and has been playing serious poker since she was a teenager. And long before that, at least in her mind.

At the age of seven, she would set up games with her stuffed animals, inventing stories and personalities, and playing their hands like she imagined they would.

“I would try to empathize and put myself in each of the animal’s shoes and think how they would act with the incomplete information that they had,” she tells Strazynski. “And, obviously, I think that was a very useful exercise.”

Can you imagine the movie scene? The director cuts from Liu’s third-place exit at EPT San Remo in 2011. The announcer congratulates her for winning $524K, and, as she makes her way through the crowd, there’s a flashback:

The little girl apologizes to her stuffed bunny while calling its over-bet with a queen-high.

Liu always loved playing games like Chinese chess, chess, and Go. That love of strategy may be genetic, with a touch of nurturing nostalgia, and a demand from her parents to always be listening.

“Just based on the way I was brought up, I was taught to always be, you know, more observant and a better listener, so I just had these natural skills from the get-go, I guess,” she says

One of her earliest memories was as a small child in China, watching her grandmother playing Mahjong with friends in a courtyard. This was before Liu joined her parents, who emigrated to Canada. She said it was one of the few times she saw her grandmother able to be her true, happy self.

In Canada, she was a good enough student to earn a full ride to the University of Waterloo (the MIT of Canada), which was a bastion of very smart, very competitive people. And those people love to play poker. This poker hotbed included players like Glen Chorny, Steve Paul, and Michael McDonald.

She even dealt and supervised in a poker room for a couple of summers, eventually running her own game while in college to make money to hide the fact that, yes, her passion for poker caused her grades — and the scholarship – to slip away.

Take a listen to get more insight and perspective from Liu.

As is standard on “the friendliest poker podcast in town,” Liu answered questions from CardsChat forum members. Daniel Negreanu will be the 100th guest next week.