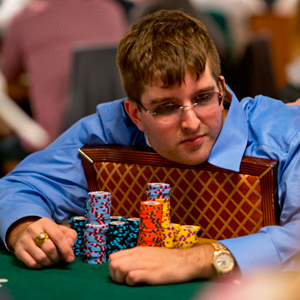 Glenn Chorny, the 2008 European Poker Tour (EPT) Grand Final Champion, is looking to recoup some of his bankroll after taking out a lawsuit against a failed poker company.

The Canadian pro Chorny first the attention of the poker community after he overcame the likes of Antonio Esfandiari, Luca Pagano and Isaac Baron to win an EPT Grand Final title for $3,196,354.

Although he managed a handful of deep runs in $10,000+ buyin events following his EPT win, Chorny wasn’t able to parlay his victory into a long career at the top of the poker tree.

However, with more than $3 million in prize money and the poker industry still buoyant in 2008, Chorny decided to take advantage of what appeared to be a lucrative investment opportunity.

According to his lawsuit against Poker World Society Inc, the founder of the poker-themed social media site, Philippe A. Rouas, said PokerBattle.com would net him 10 percent of a $2 million-a-day haul.

Sold on the idea and more than a million dollars into the investment, Chorny claims the business failed to deliver what was promised and ceased operations at some point between 2009 and 2010.

Since that time it appears as though Chorny has been battling through a myriad of misinformation, mismanagement, and misguided hopes in an effort to recoup his losses.

With the issue starting to drag, the poker pro recently filed a lawsuit in Marion Superior Court and will now look to legally recover some of the money he feels he unfairly lost to Rouas and Poker World Society Inc.

Regardless of the ins and outs of Poker World Society Inc. and the much-hyped PokerBattle.com, there’s certainly no doubt Rouas made it look like a booming enterprise.

Looking back at a PokerNews interview with the “Poker Battle Warriors” from 2008, you can see a host of big name pros partying like rock stars in Cannes.

From Chris Ferguson and David Benyamin to Michael Mizrachi and a slew of other pros walking down the red carpet, there was certainly no expense spared on the pre-launch party.

Unfortunately, as you can see if you visit PokerBattle.com, you’ll see that a pre-launch party may have been slightly premature as the only content on the site is a message that reads: “coming soon.”