CardsChat Podcast host Robbie Strazynski talks with 2021 Mid-Stakes Poker Tour Player of the Year and poker coach Kyna England in this week’s episode that’s as sweet as a strawberry daiquiri. 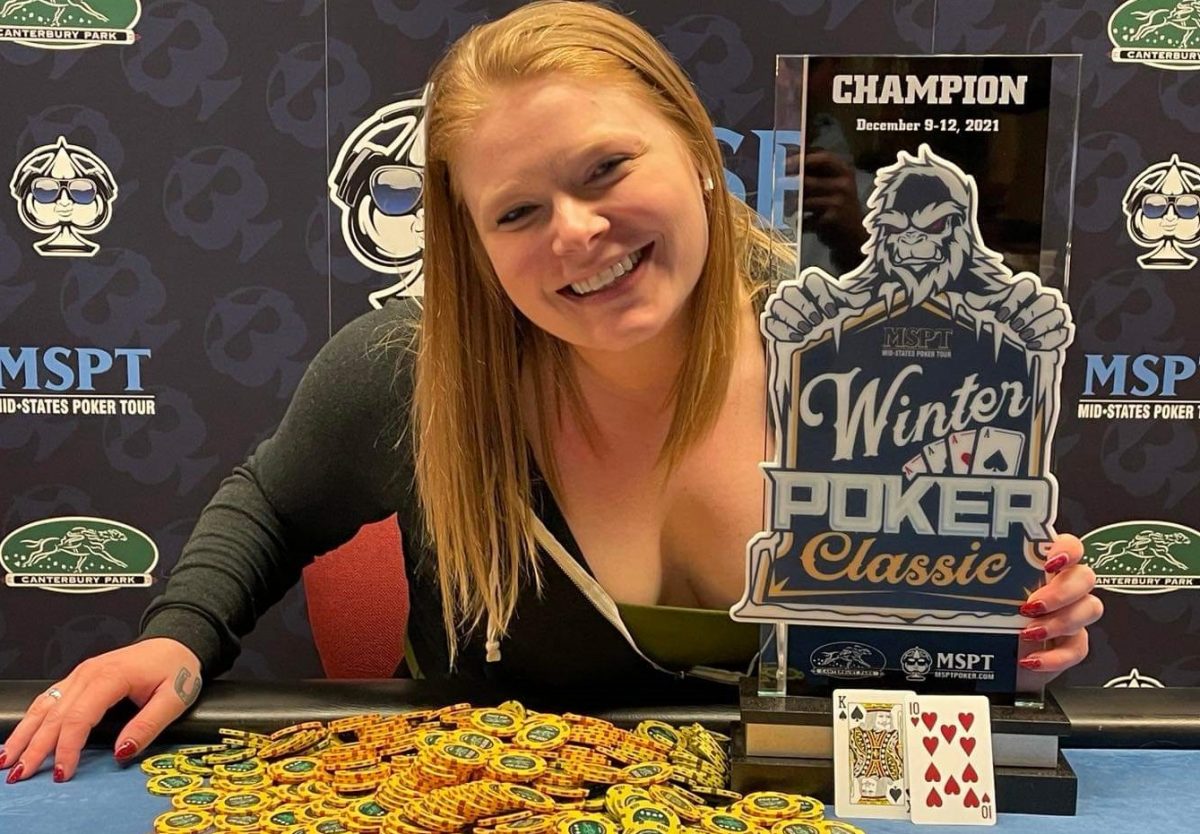 Kyna England is this week’s guest on the “friendliest podcast in town.” (Image: Twitter/@msptpoker)

England was also nominated as the GPI Breakout Player of the Year for her run in 2021, which she capped by winning an $1,100 event in Shakopee, Minnesota, for $186K. Six months earlier, she bagged her biggest score by finishing third in the WPT Venetian $5K Deepstack for almost $500K.

Before 2021, she never cashed for more than $5K in a single tournament. Now, $1 million in tournament cashes is in sight. “It seems like it happened pretty quickly, right?” she asks Strazynski. “But there was a lot of work going on.”

A fan of poker since her days in college earning a degree in mathematics, she became an instructor at the poker education platform for women, Poker Power, in 2020. It took her own poker game to a championship level.

“When you get asked questions by women who don’t know anything about poker, basically, I want to make sure I’m correct about things, so I put in a lot of work on that end to better myself and make sure I had an understanding of the spots I was being asked about,” England says.

The work is paying off. And the joy England gets from the game of poker comes through crisp and clear. “I tend to be a little loud when I’m having a good time and I apologize to anybody who doesn’t appreciate that,” she says with a laugh.

Being positive and having fun is as important a component to her poker success as knowing the charts, she says. “To me, poker needs to be fun. If it’s not fun, what’s the point? If I play all day, every day, and it doesn’t go my way, that’s not always fun. So you have to mix it up and do something to make it fun again,” she says.

A new Vegas resident, she mixes it up by playing in smaller events with friends, like the $60 tourney at South Point, which she loves.

“The food is great there and the alcohol is cheaper,” she says, almost like she’s telling a secret, and although it’s only audio, you can tell there’s a twinkle in her eye.

As is standard on “the friendliest poker podcast in town,” England answered questions from CardsChat forum members. Visit the thread to find out who will be Robbie’s next guest, and to submit questions.