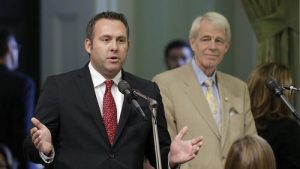 Online poker in California has sometimes seemed like one big tease to proponents of Internet gaming.

Year after year, legislators and activists have said that online poker was just around the corner in the Golden State, only to watch as bills languished in the legislature.

It showed absolutely no movement while various interest groups argued over exactly how a regulated Internet poker marketplace should look in the state.

But 2015 has shaped up to be a different story. There have been more bills introduced and signs that there could be a growing consensus among Native American tribal groups towards passing legislation.

And now, one online poker bill has done something that has never before been accomplished in the state: it was successfully voted on by a committee.

The vote was unanimous, with all 19 members present voting in favor of moving the bill along.

Of course, this doesn’t mean that online poker is now going to be regulated in California, or even that the legislation has the backing necessary to pass in the future.

However, the ease with which the bill worked its way through the committee is still encouraging to those hoping for Internet poker to become legal and regulated in California, as just days ago it was unclear whether the votes were there to support the bill.

That was largely due to opposition from the Pechanga tribe, which sent a letter to members of the committee asking them to oppose the bill last week.

That may have led to a postponement of hearings that were originally scheduled for last week, and resulted in small changes to the bill that convinced the Pechanga and other tribes to lift their opposition to the legislation.

It’s still unclear what a final bill would look like, as the law only provides the broadest of outlines for what online poker could look like in the state.

It’s likely that when those details are filled in, someone in the state will be unhappy. The two major issues that have divided stakeholders in California are bad actor clauses, which could prevent PokerStars (and potentially other operators who kept offering online poker in the United States after the passage of the Unlawful Internet Gambling Enforcement Act) from entering the market, as well as whether or not to allow race tracks to be a part of the online poker landscape.

“I’ve got to honestly believe we still have two major issues that we’ve got to focus on like a laser,” said Assemblymember Reggie Jones-Sawyer (D-South Los Angeles), who has introduced his own online poker bill into the Assembly.

“We’ve got to get all the parties in the room and have the kind of dialogue that gets us to a yes. We may not satisfy everyone, but I think if everyone gives a little on both sides we will get there.”

For some legislators, voting yes on this bill wasn’t about AB 431 specifically, but rather about showing that progress on Internet poker was possible in California.

While it’s still unlikely that the bill (or any other) will ultimately pass unless a consensus is reached by tribes, card rooms and others with a stake in the state’s gaming industry, there are more hearings scheduled to discuss the issue this summer.

Now DJ, WE DANCE!!! That moment right before something actually spills and even though there is nothing you can do to stop it when it does…. Yeah, that’s what the nay sayers are doing in CA. I’m smiling triumphantly with the idea of not being told by every pessimist on the web about ‘never’ or ‘going away’ ‘the good ole days are gone’. When tax revenue numbers hit the board meetings for all of the states still reeling from the recession are mentioned it will be ‘hot seat’ line items making ipoker available for us. Hopefully, so much so that google quits trying to correct my spelling when I type it in!