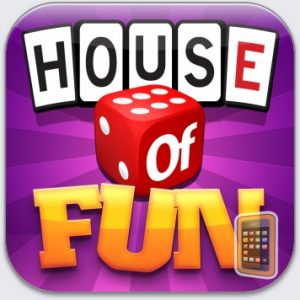 Caesars Interactive Entertainment (CIE) was launched several years ago as a subsidiary of Caesars Entertainment to handle the company’s expanding social games and mobile app presence; with Mitch Garber as Chief Executive Officer, Director, and President, the company has grown to accumulate a panoply of top brands, starting with the World Series of Poker and integrating companies like Playtika into its mix. This month, a fourth social gaming company was added to its roster.

CIE announced this month that it has acquired Pacific Interactive, an Israeli company that owns the popular social gaming slot machine app House of Fun. The game began gaining popularity with customers in 2011, and grew to cater to approximately 700,000 daily and 2.7 million monthly users, according to Pacific’s own tally.

While the terms of the deal to acquire Pacific were not disclosed, it’s clear the move was made by CIE to expand its ever-growing portfolio of social gaming entities. This deal is the fourth in just a few years, and puts the company in prime position to be a dominating force in the social gaming market: one of Caesars’ goal on forming CIE at its inception.

Pacific Interactive’s House of Fun is a free-play game that is offered on platforms like Facebook; players can also make small purchases to acquire additional gaming tokens. Pacific is ranked ninth on the Eilers Research social casino tracker for Facebook-driven games, and it generated approximately $25 million to $30 million in revenues for 2013, 75 percent of which reportedly came from the Facebook app.

According to CIE, Pacific will be integrated into Playtika’s game portfolio, and the 100-plus existing Pacific employees worldwide will keep their jobs. The transition is anticipated to be a smooth one.

When CIE began with WSOP, the idea was to grow the company through acquired games. The Playtika deal cost Caesars $103 million, and the subsequently purchased Buffalo Studios cost the casino company $45 million, largely due to the popularity of its Bingo Blitz game. This began to set a precedent for social gaming companies that acquired a larger presence on popular platforms like Facebook to grow their businesses and put a price tag on it. Caesars was in the market and showing serious interest in a number of companies.

CIE offers real-money online casino games to players in the UK, France, and Italy, and is continually building its business. The company also offers products to the newly regulated US markets in Nevada and New Jersey. Its interest in new business enhances the offerings available in said regions of the world and prepares the company to be one of the biggest players in any new and emerging markets.

The company’s tagline on press releases is consistent with its recent business activities: “CIE is actively pursuing further expansion and acquisitions to build upon its capabilities and product portfolio.” The Pacific Interactive acquisition, on top of others in the last few years, may be just the tip of the iceberg. No other offers are public knowledge at this time, however.

FILING A LAWSUIT FOR THEFT, FRAUD, AND OUTRIGHT RIGGING OF THEIR FACEBOOK GAMES! CHARGING MONEY FOR FREE GRAMES IS ENOUGH, BUT NOT LETTING ANYONE WIN ANYTHING IS THE LAST STRAW! SEE YOU IN COURT!

PEOPLE WHO DEFRAUD AND CHEAT OTHER PEOPLE TEND TO HAVE ACCIDENTS!